You are here: Home / Beers / The Incredible Beerable Egg

One of the highlights of this years Craft Brewers Conference in Portland was a potential innovation in brewing undertaken by Alan Sprints at Hair of the Dog Brewing. Alan posted a picture of his newest fermenter arriving to be displayed at the trade show, with Steve Rosenblatt from Sonoma Cast Stone, who manufactured the concrete fermenter. 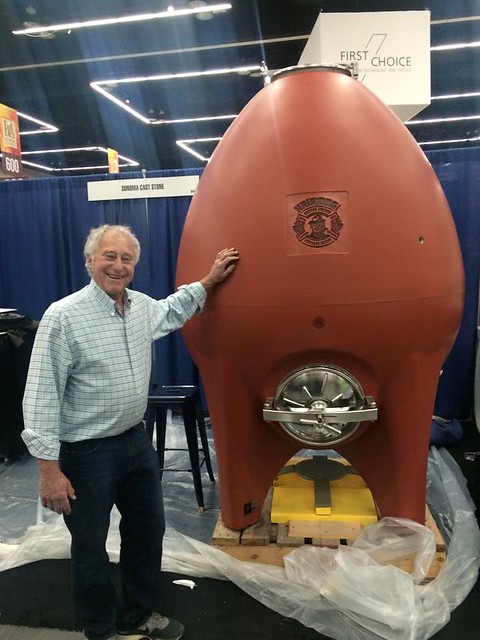 I was immediately intrigued and finding it in the trade show was one of my first missions of CBC. It turns out it was made in Petaluma, which is just down the road from where I live. The company has been making concrete fermenters for the wine industry, but this is the first one they’ve made for a commercial brewer. They have a separate website for this part of their business, Concrete Beer Tanks. 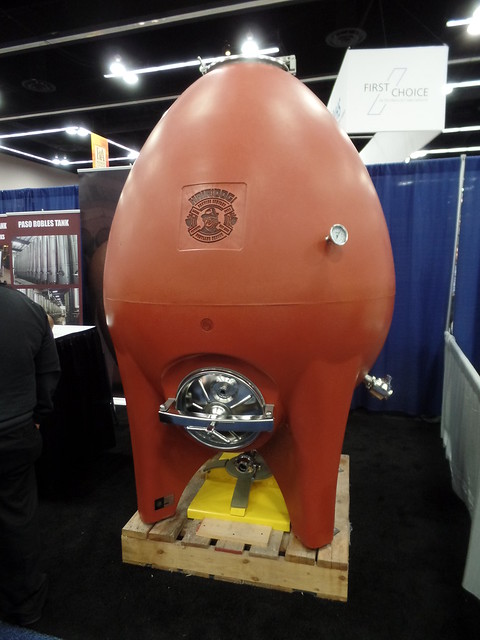 There’s two sizes, the Amphora, which is 320 gallons and the one Hair of the Dog ordered, which is the Egg Shape, which is 476 gallons (or just over 15 barrels).

Their brochure lists the benefits of a concrete fermenter: 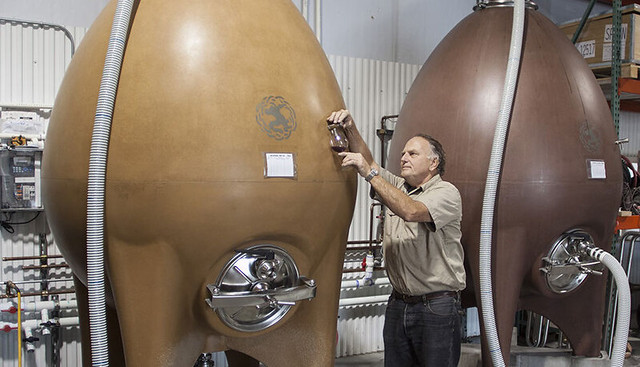 Apparently the wine industry has been using these increasingly in recent years, but they have been used for centuries prior to the advent of stainless steel. Just a quick search reveals quite a few articles about their growing use in winemaking. For example, in Wine Spectator, Wine Enthusiast, Wines and Vines, Seattle Magazine and the North Bay Business Journal. And there’s at least one other domestic manufacturer, Vino Vessel and a German company, Speidel, that makes a Gärei Fermentegg, or Fermentation Egg. 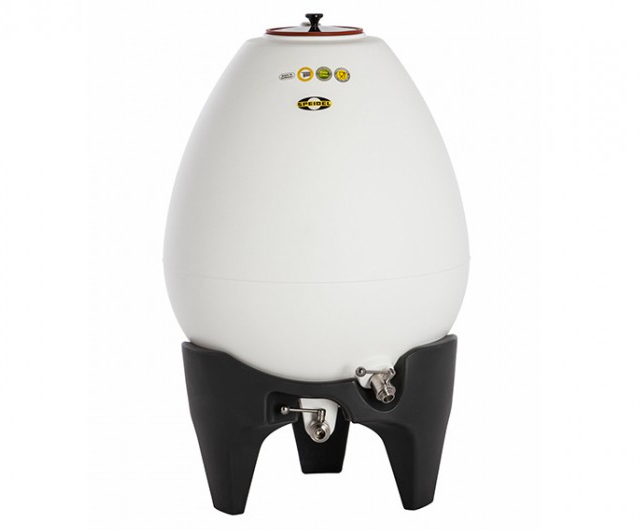 Here’s a drawing of the tank. 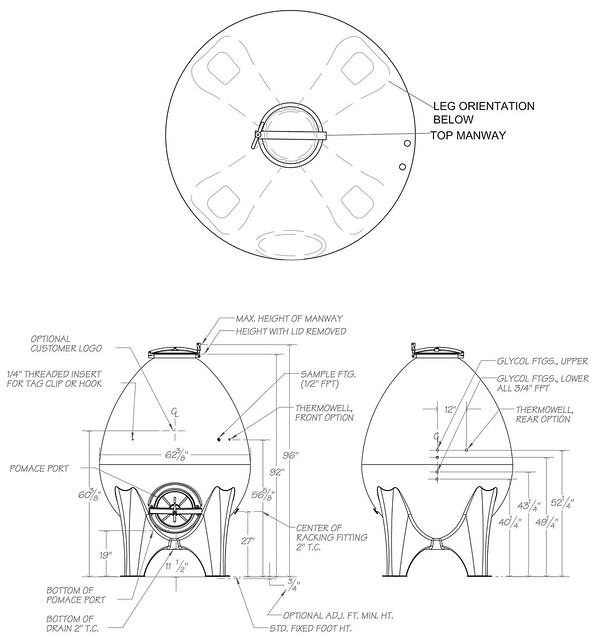 Winemakers all over the world are rediscovering the benefits of using concrete as a medium for fermentation, finding the virtues of both of oak and stainless steel with the drawbacks of neither. Now, most of the world’s highest-rated wines are made in concrete.

The craft beer industry is at least as creative and dynamic as the wine industry, and we at Sonoma Cast Stone are thrilled to offer you artisans of fermentation a new medium to create with. We predict a renaissance of innovation, producing an exciting, new generation of wild beers, sour beers, meads and porters.

Concrete is cool! No… really.

Concrete can take the heat, or the cold. It’s a natural insulator and will stabilize the temperature of whatever is inside of it. This stability makes for a smooth and gradual fermentation, because there are no temperature spikes to make the yeast become aggressive.

Sonoma Cast Stone also offers a unique temperature control system. Our system is hidden within the walls of the tank itself and does not make contact with that wine.

Concrete is porous, albeit on a microscopic scale, and that’s where it beats stainless steel. The environment in stainless steel is too perfect to be ideal for fermentation. A gradual introduction of micro-oxygenation, the wine remains flat. It cannot breathe and evolve.

Even neutral oak is not neutral. All oak will give a bit of itself to your beer, whether you like it or not. Concrete makes for a truly neutral vessel, imparting only a slight and desirable minerality.

What this means for a beer maker is control. Control over what your beer tastes like, and with the optional, embedded glycol tubing system, you also have precise control over the temperature you maintain throughout fermentation.

Hair of the Dog Brewing had their new concrete tank delivered yesterday and it should be installed and ready to go shortly. Alan told me that Adam will be the first beer he makes in concrete. It will be interesting to see how the new Adam tastes, especially in comparison to the old version. 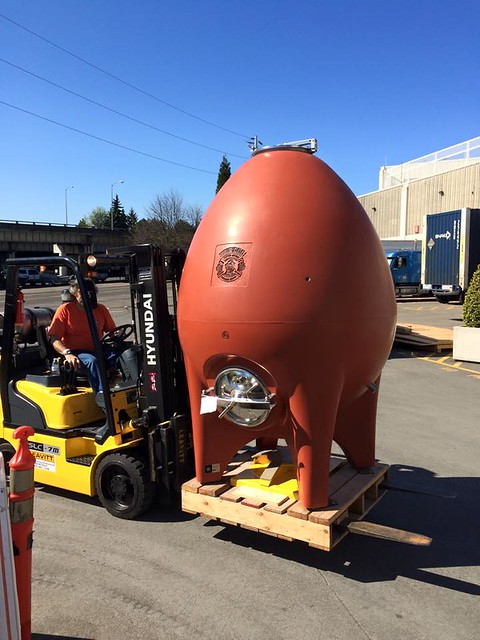