You are here: Home / Beers / The Nickel (Beer) In New York

This is an interesting article I stumbled upon, from a Time magazine article about Sam’s Bar & Grill in St. Mark’s Place in the East Village of New York City. It was from April 4, 1949 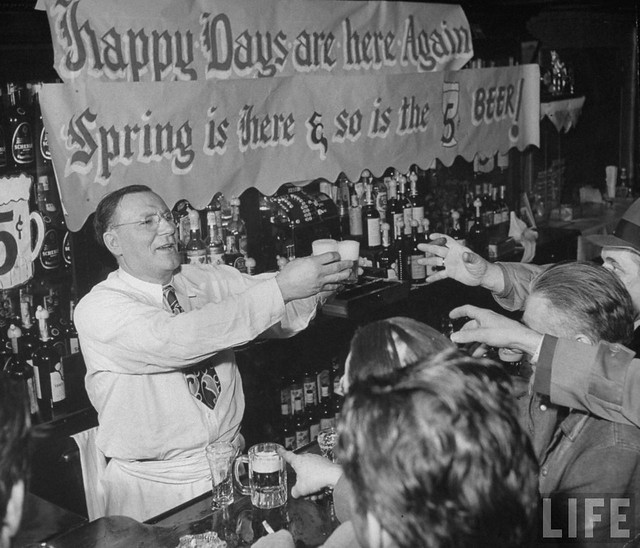 The Nickel In St. Mark’s Place

Pale and shaken, 51-year-old Sam Atkins backed away from himself with a feeling somewhere between disbelief and awe. By a single, splendid cerebration he had been lifted out of the ruck into the status of a television curiosity. In his humble Manhattan saloon, Sam had decided to cut the price of beer (the 7-oz. glass) from a dime to a nickel.

Up to that moment Sam was just a pensioned pumper driver from the Bayonne (N.J.) fire department, and Sam’s bar & grill was like any neighborhood joint around St. Mark’s Place on the Lower East Side. Its only distinctive touch was Sam’s cousin, “Bottle Sam” Hock, who amused the trade by whacking tunes out of whisky bottles with a suds-scraper. But the customers got a joyful jolt when Sam opened up one morning last week.

All around the walls, even over the bar mirror, tasteful, powder-blue signs proclaimed in red letters: “Spring is here and so is the 5¢ beer.” The early birds drank and took their change in mild disbelief. The nickel wasn’t obsolescent after all. The word spread. Sam’s bar & grill started to bulge like Madison Square Garden on fight night. People drank, shook hands with strangers and sang. 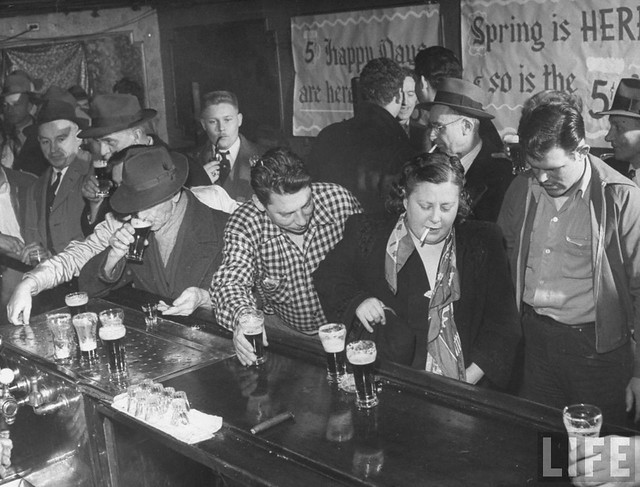 Then something went sour. The two breweries that supplied Sam cut him off, and an electrician came around and took the neon beer sign out of the flyspecked windows. Somehow, it seemed, Sam had betrayed free enterprise. An organization of restaurant owners muttered that Sam might not be cutting his beer, but he was cutting his throat. The Bartenders Union threw a picket line in front of the place because it was nonunion.

But Sam hung on. He signed up with the union, managed to get his beer through a couple of distributors and a Brooklyn brewery, announced that he was going to have the windows washed, and keep at it. Said he solemnly: “The people want it.” By this week Sam’s idea had spread to other saloons in Washington, D.C. and New Jersey, and Sam was getting more trade in a day than he had drawn before in a week. The nickel beer was here to stay, Sam announced. 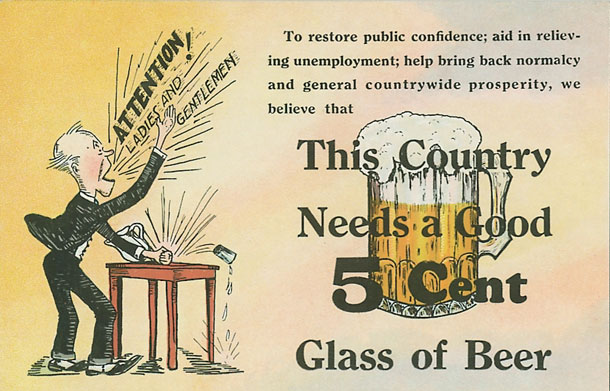