Sunday’s ad is for La Meuse, from 1900, or before. From the late 1800s until the 1940s, poster art really came into its own, and in Europe a lot of really cool posters, many of them for breweries, were produced. This poster is for the La Meuse, a river that runs through much of France. It was the industrial center of France at one time, and in the mid-1800s boasted over 40 breweries. 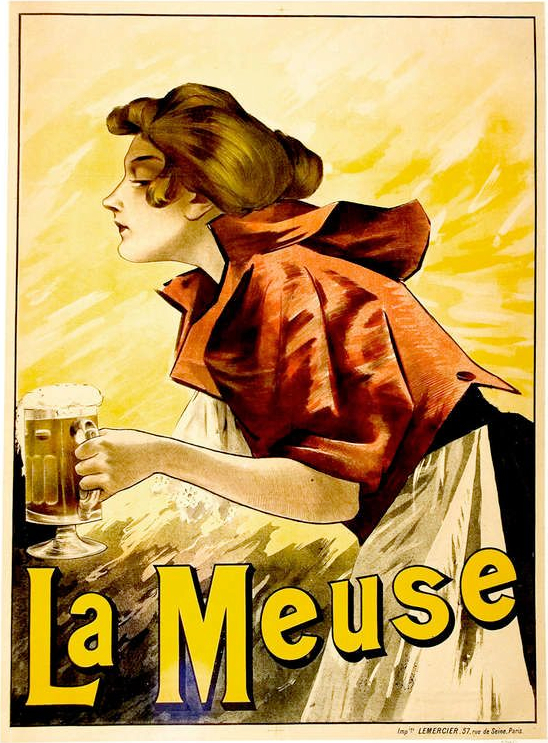 My good friend Luc De Raedemaeker, who among quite a bit more, publishes the Belgian beer magaine Biere Grand Cru that started in 2014. Knowing my love (some might say obsession) with frites, my universal name for fried potatoes or fries, he included me in a tweet about an article covering a new Dutch beer that uses potato peels from a frites business.

Beer in which old bread is processed during brewing, we already had, but also when making fries a lot of ‘waste’ is produced. To put it in the words of FrietHoes say “potatoes are round, french fries square”. Throwing away the leftovers would be a shame, especially because they are still trying to make their production process as sustainable as possible. In search of a solution they came into contact with Jopen as beer lovers and the solution was not far away.

Potatoes are full of starch and you can use some of them during the brewing process. Jopen therefore developed a beer in which the leftover potato (the ‘shells’) is added to the batter. Still nice fruity hopping and ‘Klaar is Kees’. The result is a dark blond beer with a hoppy aroma of citrus fruit and a nice bitterness so that it dries super smoothly. Ideal for a pack of salty fries …

I’ve had a few potato beers before. Widmer Brothers made one for OBF a number of years ago, I believe. And I certainly remember a couple more. But this is even more interesting because it’s recycling at its finest. Taking the leftover potato peels from making frites is just genius. The people behind it, Friethoes, grow their own organic potatoes, operate frites shops, food trucks, and have other potato-related businesses. But the peels were going to waste. So why not? Of course, now I’m dead keen to try a bottle. So they partnered with Brouwerij Troost to brew the beer. 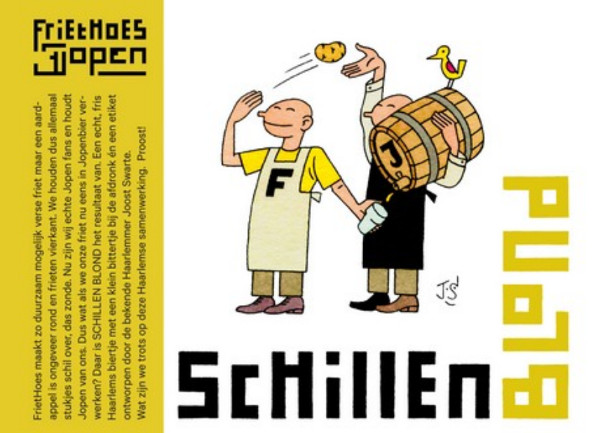 Until I can get my own bottle, here’s a review of it from a Dutch blog called Lauriekoek:

Beer is usually made of malt, yeast and hops. Malt does not necessarily have to be malt, other sources of sugar and starch are also suitable for fermentation. You can also use potato starch, because that too can be converted into alcohol and bubbles by yeast. And that’s what FrietHoes did, together with brewery Troost. By working in a smart way on the potato residues as part of the ingredients in the beer, FrietHoes comes a step closer to the zero waste goal.

Peeling beer is described as a Weizen. Of course this is not a Weizen in the most German sense of the word, because it differs from the traditional ingredients. It is a bit between a Weizen and a Belgian wheat beer, partly because of the addition of coriander seeds and orange peel, to give it a fresher character. Peeling beer is sweet and a little weeïg, but a bit more acidic than other white beers and with the typical notes of banana and clove that you can also find in weizen beers. The acidity in this beer is easy to combine with fatty dishes such as everything that comes out of a frying pan.

All in all, FrietHoes has succeeded in developing a beer with potato that fits well with the deep-fried delicacies that they mainly sell. Whether it is a really accessible beer, I wonder. For a number of people, perhaps it is just a bit too sour. 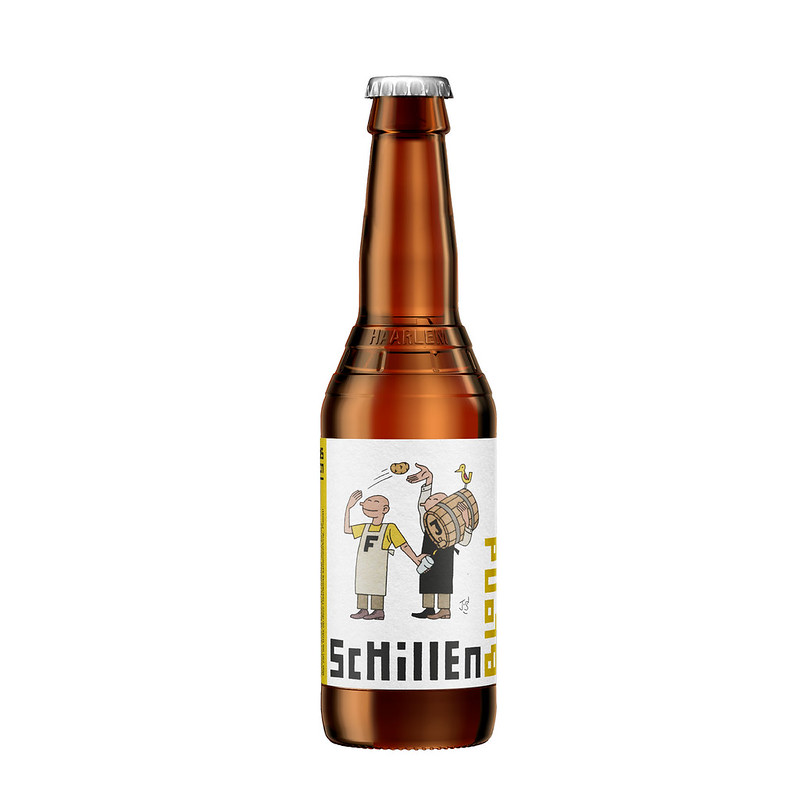 And here’s another review from BierNet.nl:

New: Schillenbier from Friethoes . An unofficial Weizen beer made from hops, barley and pieces of potato from Friethoes fries factory. The fries bakers worked together with Brouwerij Troost to process the remains from the fries cutting plant and use them in a new and cool product. From now on: fries and beer from Friethoes.

Brewery Troost has often brewed with other ingredients with the aim to prevent waste. In the past they also brewed Pieper Bier and Bammetjes beer.

That’s how you make beer

Friethoes Schillenbier bottleYou already knew: beer is made from malt, hops and yeast. You mainly use malt to give color and flavor to your beer. The starch in malt also provides alcohol and bubbles with the help of a little yeast. You do not need malt starch per se, you can also use potato starch.

And that is exactly what Friethoes and Troost have done: the waste is converted into a main component. In the end, fewer raw materials are needed to make the same fries and the same beer. Hoera!

Es ist (k) ein Weizen
The new Schillenbier naturally had to taste good with fries, which is why the brewers chose Weizen beer . Weizen is sweet, mild and accessible and that fits well with a first-class salty burger.

The new Schillenbier consists of 50% wheat malt, a little barley and little hops. Officially you can not call that Weizen. If you are a bit of a German, you know that according to the Reinheitsgebot you do not use beeper starch in Weizen, even if it tastes exactly the same. No Weizen.

Friethoes wants to make fries in a responsible and honest way. That’s why it uses as many local potatoes and local ingredients as possible, uses green electricity for their fries and 100% E-numberless sunflower oil to bake the fries.

The packaging is made of biodegradable plastic, recycled paper and cardboard and the forks in the recycled wood store. Schillenbier is an initiative and an experiment to determine the value of the waste stream. The goal is to be the first zero waste fries company in the Netherlands by 2019. 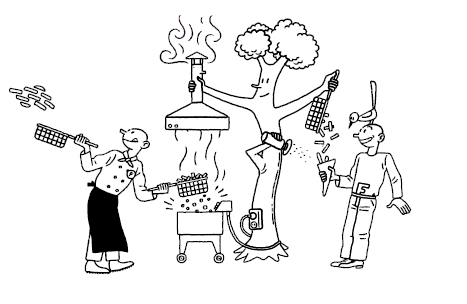