Friday’s ad is for Miller High Life, from 1954. Starting with the tagline “Traditionally the Finest,” the ad equates Florida with vacationers and the state’s fame as “a center of hospitality.” And this is seventeen years before Walt Disney World opened and transformed the state, so I’m not so sure about that claim. I remember a driving vacation my family took when I was fourteen (in 1973) from Pennsylvania to the Sunshine state and we didn’t even consider going; we drove right on past to Miami and the Keys. At any rate, I have a hard time thinking of Florida as an “enchanted land.” Though to be fair, beer-wise, things are a lot better there now than went I flew there once a month when BevMo opened a couple of stores in south Florida thanks to Cigar City and other new breweries. 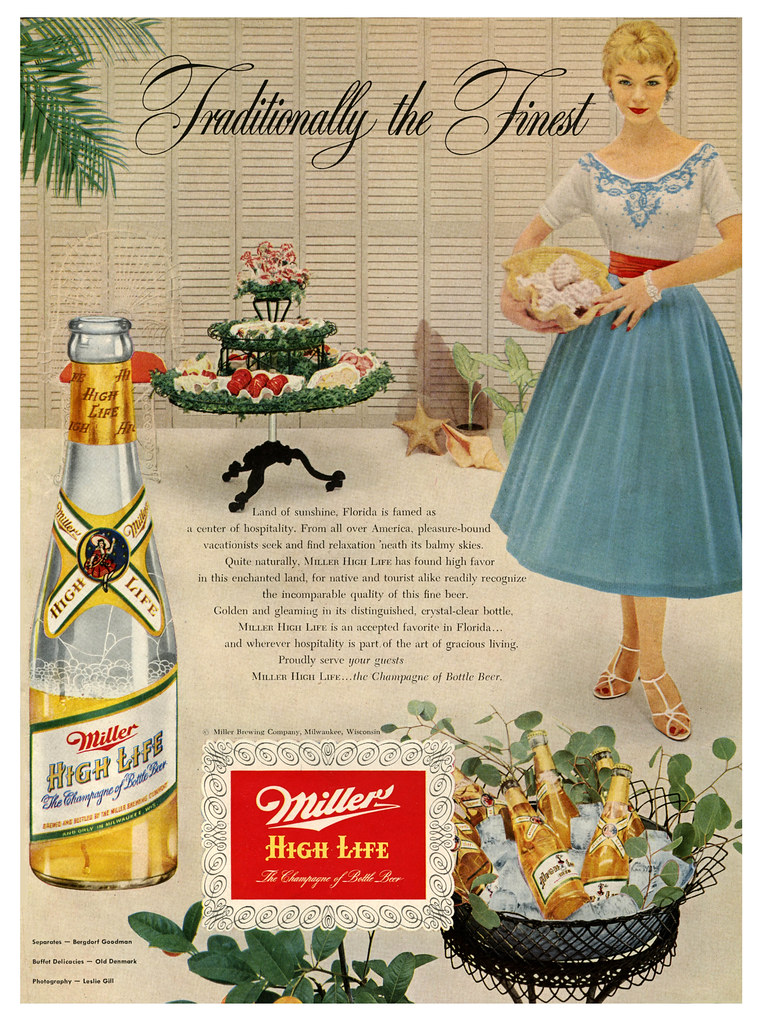