Saturday’s ad is for Stella Artois, from 2006. This is not a particularly old ad, but it’s meant to look older, or at least more classic, than it is. I really like the visuals of it, if not the beer itself. But then I love flags and am an amateur vexillologist. I visited the Stella Artois brewery in Leuven last year, with a large group of beer judges, and it holds the record for “worst beer tour” ever. Not the longest (that was a couple of days later) but they kept us sweating in hot, confined area, restricted our movement like they were afraid we were spies and generally treated us like children. Oh, and I later found out they thought we were rude, which is hilarious. I had also hoped that at the source, I’d finally understand what all the fuss is abut the beer. Nope, it still didn’t taste very good, at least to me. 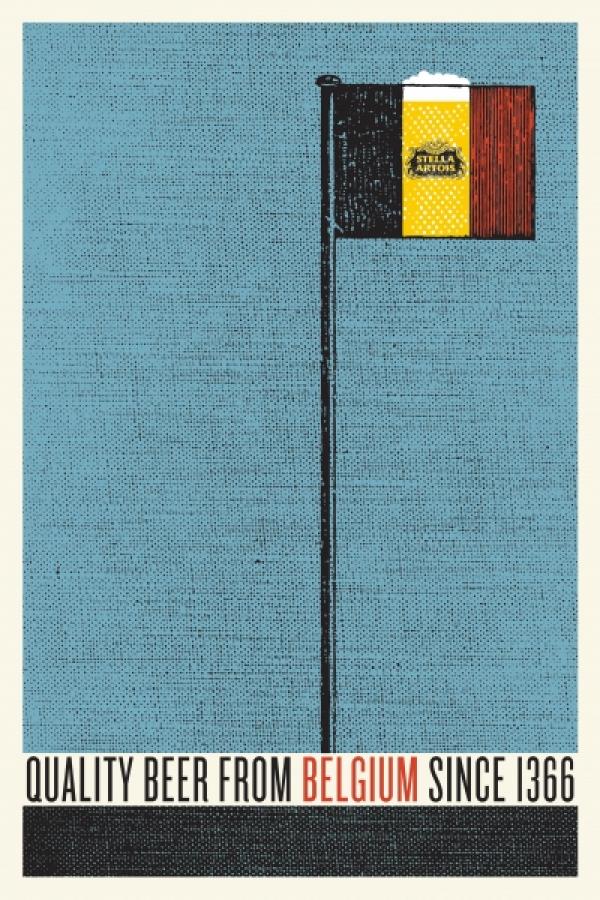