Friday’s ad is for Budweiser, from 1915, No. 5 in a series they did in 1914-15 called “Framers of the Constitution of the U.S.A.” The fifth one features Benjamin Franklin, and tells the story of Franklin in fairly gushing terms but, to their credit, at least they don’t mention that “quote.” And I love that they characterize his alcohol consumption as a “moderate user.” 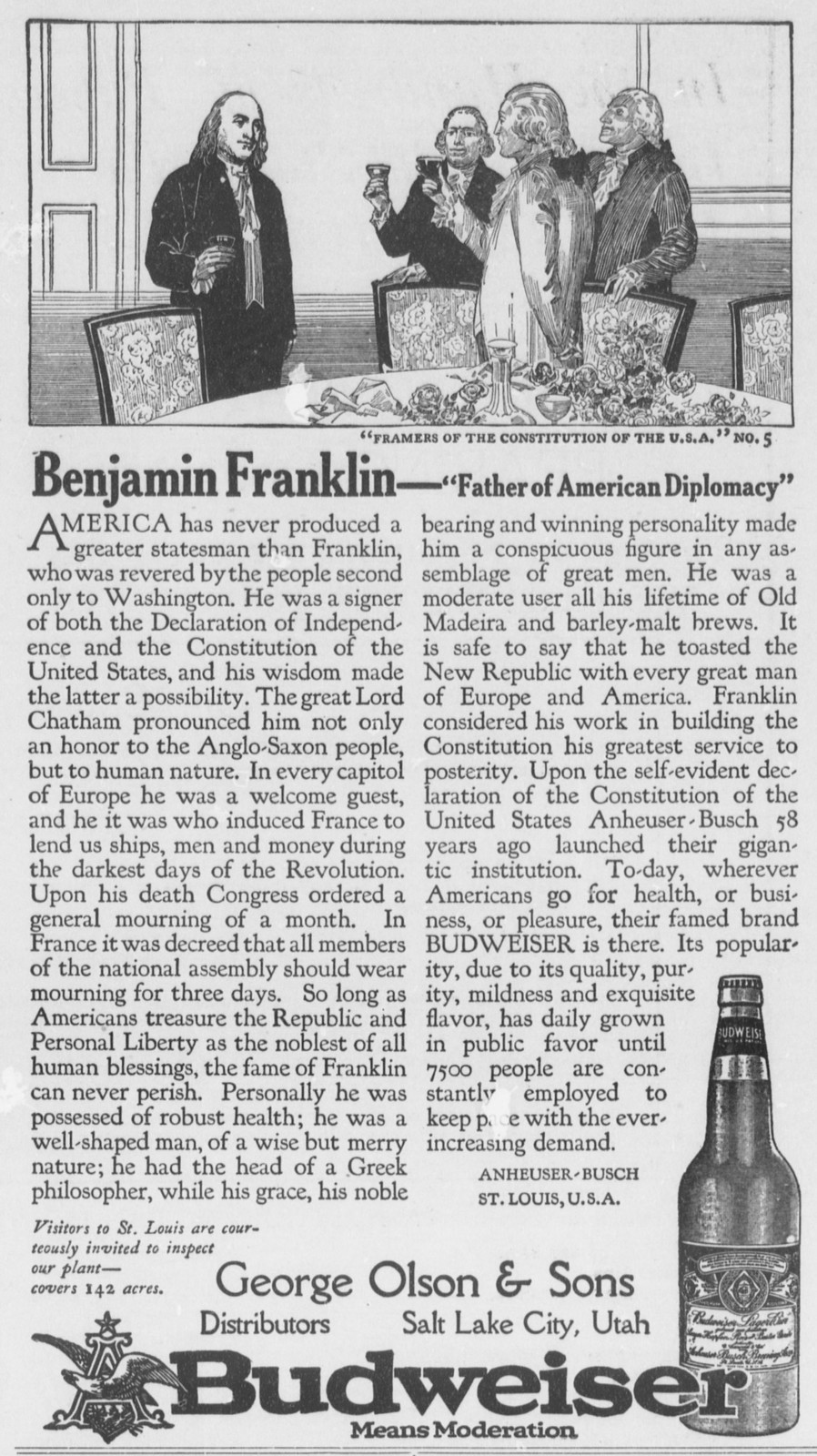