You are here: Home / Editorial / What Does Family Friendly Mean? Alcohol At Farmer’s Markets

At farmer’s markets throughout California, you can buy locally grown food, fruit and vegetables, nuts and berries, prepared food, jewelry and other crafts and all manner of other products. The main difference between farmer’s market goods and others is that for the most part they’re grown or made in a relatively modest radius. The one product you can’t purchase, or sample, is alcohol. California Assembly Bill AB-2488 seeks to correct that. Not surprisingly, the shrill sheriff against all things fun, Alcohol Justice, is opposing this bill, and is strongly urging its supporters to help defeat the bill. I realize they can’t help themselves, having positioned themselves against absolutely everything and anything having to do with alcohol. Not to mention, every action they take is more about bringing attention, and potential donations to line their coffers, and not about common sense. Indeed, they’ve been veering farther and farther into ridiculous fringes of fanaticism recently. 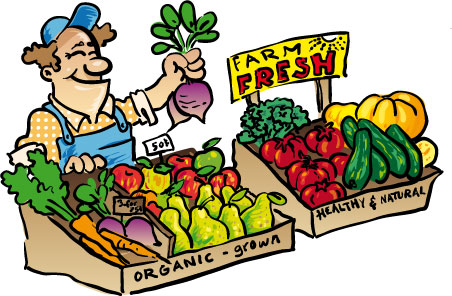 Naturally, you can distill their complaints down to the most pernicious criticism of all: it’s about the kids. Of course it’s really not, but let’s look at their arguments:

[It] will negatively impact public health, an impact that is antithetic to what farmers’ markets largely stand for: improving community health through more healthy food choices.

Alcohol anywhere, in their sober brains, always impacts public health negatively, despite mountains of evidence to the contrary. It really doesn’t matter where, or when, they’re firmly against it. But “more healthy food choices” includes the moderate consumption of alcohol, although they now are taking the position that even moderate drinking is harmful, going against the FDA and a majority of American’s personal experience. But from the simple perspective of being healthy, beer, wine and cider from small producers contains no additives or chemicals and are made from only natural, mostly agricultural ingredients. Many use local raw materials whenever possible. Beer, wine and cider are very healthy and local producers are very much in keeping with the spirt of farmer’s markets.

Farmers’ markets are family-friendly events commonly held in unrestrained public spaces, like streets, sidewalks and parking lots. Allowing for alcoholic beverage service in such venues is a recipe for increased alcohol-related harm.

I’m increasingly hearing this term “family-friendly.” What exactly does that mean? For Alcohol Justice, it appears to mean no alcohol, no anything that is strictly for adults. I believe they’d like the entire world to be family-friendly, which means making alcohol illegal again. But that’s complete bullshit. Family-friendly should not mean a world only Rated “G” with nothing adult in it. But that’s how they take it, for them Family-friendly means kids-only and the two are not the same, nor should they be. We’re training or raising our kids to be adults, and our job as parents is to prepare them to be adults. But for Alcohol Justice, and many other prohibitionists, they believe the best way to do that is for our kids to never, ever be exposed to anything adult in nature. That until they’re 18 — or 21 — they should never be exposed to or learn anything about the adult world. Then on that magic day when they’re declared an adult, we push them out into the world, utterly ignorant of anything they’re about to face. That’s the reason binge drinking at college is such a problem now, because of this idea of keeping kids sheltered from the adult world, another name for which is “the world.” There’s only one world, but prohibitionists think we should keep a wall between children and that world. It’s completely absurd, and counter-productive. It’s actually doing more harm than good, in my opinion. Family-friendly should mean anyplace where kids are not in any particular danger and are safe, but who doesn’t want that to be literally every place? I want to feel safe wherever I’m at, too, kids are not really part of the equation. With some limited exceptions (and not including farmer’s markets), kids should be able to be anywhere their parents choose to take them, period.

Children do not need to see their parents drinking wine or hard cider when they shop for fruit or vegetables; that practice is most damaging to impressionable young minds as youth expectations and attitudes will become more accepting of underage alcohol use. That “normalization” will be the message that youth will take away if this bill passes.

This one is the most obnoxious, and wrong. Children very much do “need to see their parents drinking wine or hard cider when they shop for fruit or vegetables.” It’s called modeling behavior, and how else would kids know what is proper drinking behavior unless they see their parents practicing it? It is absolutely not “damaging to impressionable young minds” to see their parents engaging in perfectly acceptable and legal behavior in a responsible manner. If that makes them “more accepting of underage alcohol use” then you’re not doing your job. There are many things that kids can’t do that their parents can. Do kids somehow start to be “more accepting” of driving a car before they get a license just because they continually see their parents driving? Are kids “normalized” into believing they should be stealing their parents’ car to go for a joyride just because they saw their Dad drive them to school? Of course not. They understand that it’s something they’re not allowed to do until they turn sixteen and obtain a license. It’s not that hard. To say otherwise is complete propaganda to further an absurd agenda.

This is especially true in Sonoma County — where we live — where there are currently 23 breweries, 5 cideries, 3 craft distilleries and 450 wineries. As a result, there are plenty of opportunities to be at local farmer’s markets. The cideries use local apples and many of the wineries grow their own grapes, too. Why shouldn’t they be every bit as welcome at a local farmer’s market as the nearby strawberry farmer or cattle rancher? They’re already a part of their community, usually donate time and money, not to mention all the positive economic impact they have in their area. It’s quite frankly insulting to say they’re not welcome because a child might see their Mom or Dad having a sip of wine.

As one of my favorite brewery slogans makes clear, “Beer is Agriculture.” It’s only natural it should be allowed at a farmer’s market. 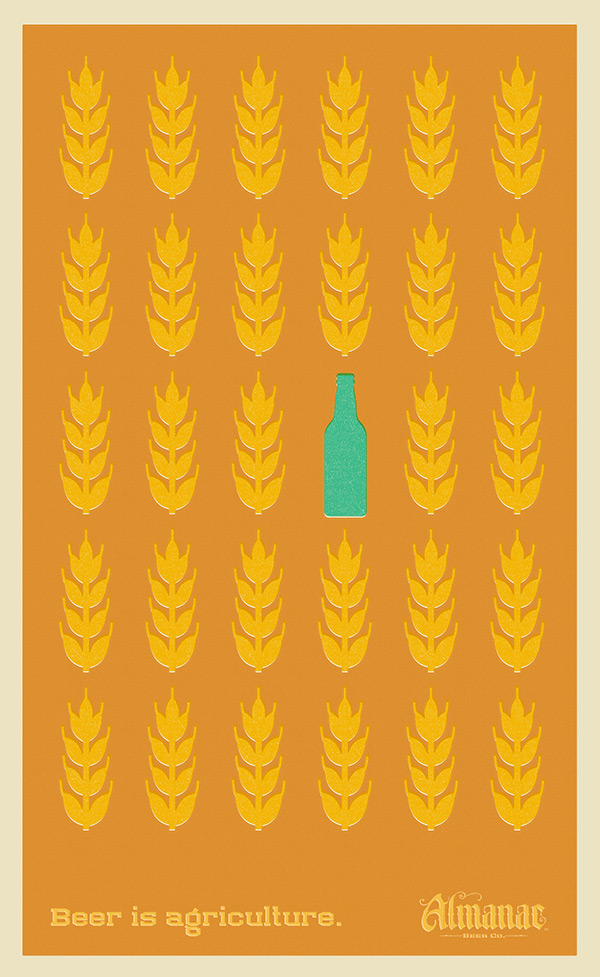