Today is the birthday of Charles H. Wacker (August 29, 1856-October 31, 1929). Wacker’s family came from Württemberg Germany (though some sources claim he was from Switzerland), and he was 2nd generation American, having been born in Chicago, Illinois. His father Frederick, also a brewer, founded the Wacker and Birk Brewing and Malting Co. In 1882 or 83, Charles joined his father in the family business, and rose to prominence in Chicago throughout his life. 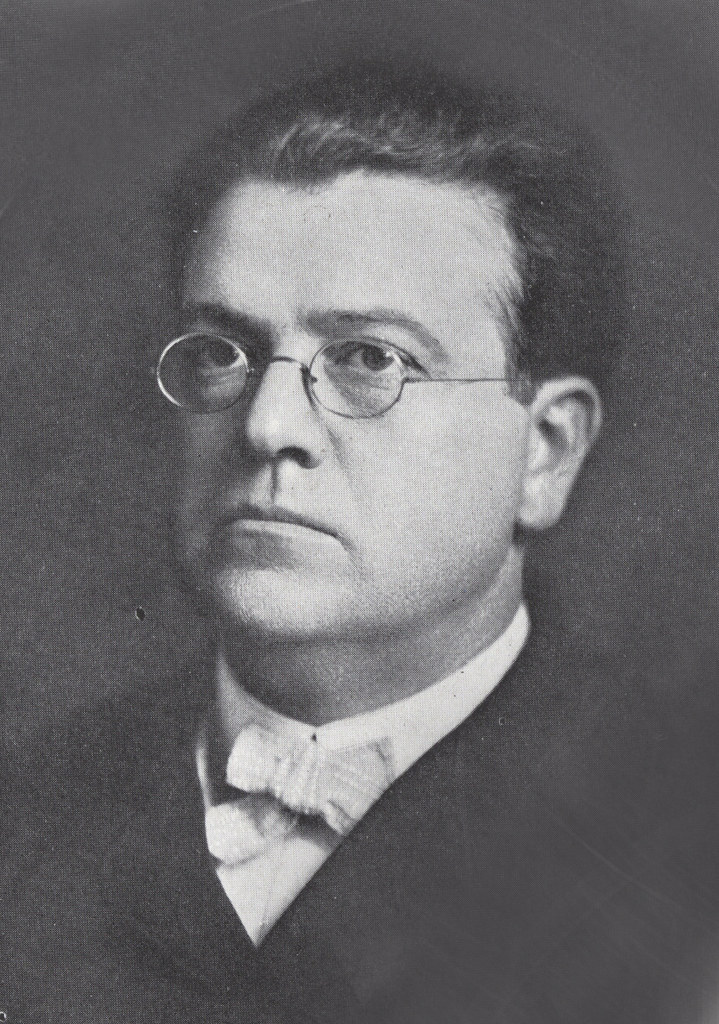 Here’s his short biography from Find-a-Grave:

He was a “mover and shaker” in the early days of Chicago. He was part of the Chicago Plan Commission formed to win acceptance of the famous Burnham Plan of 1909. He was a contemporary of Daniel Burnham and helped him promote his plan for the development of the city’s lakefront and system of parks. Lower and Upper Wacker Drive (two roads one on top of the other) in Chicago is named for him. 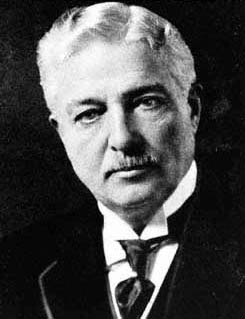 Charles Henry Wacker, born in Chicago, Illinois, was a second generation German American who was a businessman and philanthropist. His father was Frederick Wacker, a brewer, who was born in Württemberg Germany. He was Vice Chairman of the General Committee of the Commercial Club of Chicago, and in 1909 was appointed Chairman of the Chicago Plan Commission by Mayor Busse. As Commission chairman from 1909 to 1926, he championed the Burnham Plan for improving Chicago. This work included addresses, obtaining wide publicity from newspapers, and publishing Wacker’s Manual of the Plan of Chicago (by Walter D. Moody) as a textbook for local schoolchildren.

Prior to serving on the Commission, Wacker was a Chicago brewer and the director of the 1893 Columbian Exposition held in Chicago.

As a businessman he was part of a consortium of Chicago brewers who underwrote the methods that facilitated the commercialization of refrigeration machines.

Wacker Drive, built as part of the Burnham Plan, and Charles H. Wacker Elementary School are named in his honor. The name Wacker is also attached to other institutions in Chicago, such as the Hotel Wacker.

Charles H. Wacker was educated at Lake Forest Academy (class of 1872) and thereafter at Switzerland’s University of Geneva.

The Chicago brewery his father started was originally called Seidenschwanz & Wacker, and was located on Hinsdale, between Pine and Rush streets. It was founded in 1857, but the following year it became known as Wacker & Seidenschwanz, and was on N. Franklin Street. That version lasted until 1865. Beginning that same year, its name changed once again to the Frederick Wacker Brewery, and its address was listed as 848 N. Franklin Street, presumably in the same location as its predecessor. Sixteen years later, in 1882, it relocated to 171 N. Desplaines (now Indiana Street) and it became known as the Wacker & Birk Brewing & Malting Co. This is also when Charles joined his father’s business, when he would have been 26 years old. Just before prohibition the name was shortened to the Wacker & Birk Co., although it appears to have closed by 1920.

Here’s one more biography, from the library at the University of Illinois at Chicago:

Wacker was born in 1856 to a German immigrant who owned a brewing and malting company. Although he worked as a real estate investor and bank director, Wacker eventually took over his father’s business. In civic affairs, Wacker was director of the Ways and Means Committee for the World’s Columbian Exposition of 1893. In 1909, Mayor Fred Busse appointed Wacker to the Chicago Plan Commission, a committee designed to convince residents to issue bonds and spend money on widening streets, improving sidewalks, and redeveloping parts of the city. During his tenure on the Commission, Wacker urged voters to approve the forest preserves referenda. Later, he served on the Forest Preserve Plan Committee. Chicago leaders rewarded Wacker by renaming a double-decker roadway after him. First proposed in the Burnham Plan and completed in the 1920s, Wacker Drive runs along the Chicago River in the Loop. 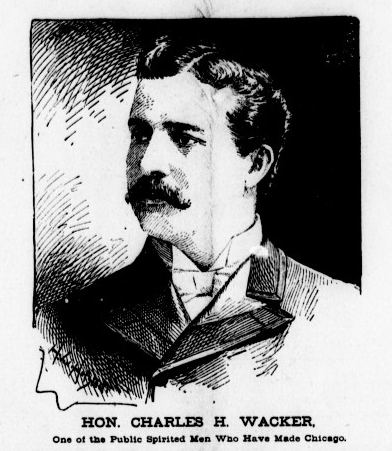