Here’s an odd bit of news. The Belgian brand Leffe, owned by Anheuser-Busch InBev, has traditionally made abbey beers (though that’s certainly been changing since being acquired by ABI) and the current lineup from Leffe includes a “Blond, Brown, Ruby, Tripel, Radieuse or Vieille Cuvée,” and a few others, as listed on their website.

But according to an item on Totally Beer, a source in the French-speaking part of Belgium, La Libre, is reporting that ABI is planning on launching a new IPA under the Leffe brand, to be known as “Leffe IPA.” At least one Belgian beer source doesn’t think it’s a good idea, calling it a big mistake. It certainly seems like an odd fit to launch a hoppy beer under a label known for brewing abbey-style beers, not hop forward ones, no matter how popular IPAs might be. 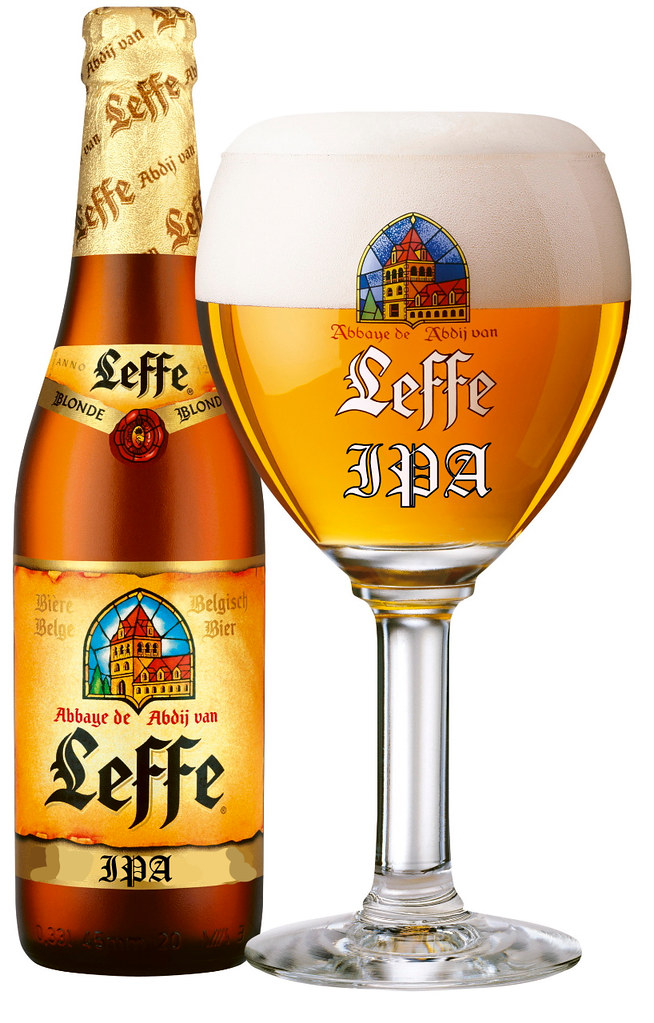 I made this up, but it doesn’t look right, does it?

UPDATE: It appears that ABI will not be calling the beer Leffe IPA after all. Much like the famous scene in “Pulp Fiction” about McDonald’s “Quarter-Pounder with cheese” being called the “Royale with cheese” in France, the Leffe IPA will also apparently be called the Leffe Royale. And take a look at the graphic below, taken from Beertime (though it appears it originally was printed in a catalog of some type), there will actually be three different Royales. 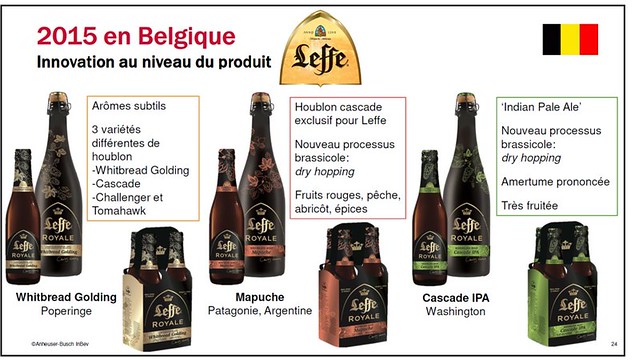 The graphic announcement says that the beer will have “subtle aromas” and “3 different varieties of hops” (despite listing four) but I think that’s just the first beer in the series. Curiously, it also appears to say that the Cascade hops are exclusive to Leffe, which unless I’m reading that wrong is an odd statement given that Cascade hops are the most popular hop variety used by smaller brewers. Of course, they could just be saying the beer is using Cascade hops exclusively, simply meaning it’s a single hop beer.

And this is a pretty interesting claim: “New brewing process: dry hopping.” I’m sure Britain’s brewers are howling with laughter at that one. Descriptors mentioned for the beers include “red fruits, peach, apricot, spices,” a “pronounced bitterness” and “very fruity.” So I guess the first beer is using the four listed varieties (Whitbread Golding, Cascade, Challenger and Tomahawk the second is brewed with the “Mapuche” hop variety from Argentina, and the last one Cascades. It’s possible that only the Cascade IPA is the IPA of the three, and that the others aren’t meant to be, just all more hop forward beers under the umbrella of the “Royale” series. H/T to The Beer Nut for sending me the link.