I really hope this isn’t an April Fool’s Day prank. But even though I just saw it today, it was originally posted March 22, and it’s by a brewery that actually went through with making a beer using goat’s brains in an homage to zombies for a Walking Dead-themed beer, which in my mind increases its chances of being legitimate. Anyway, Dock Street Brewery of Philadelphia announced that they’re launching a new line of political beers to be known as the “Friends Don’t Let Friends Vote Drumpf” series. First up will be Short-Fingered Stout, which is described as “a bitter and delusional stout with an airy, light-colored head atop a so-so body.” Sadly there’s no timetable yet for its release. With many beer folks converging on the City of Brotherly Beer early next month, we can only hope it will be available to coincide with the Craft Brewers Conference, so we can all have a chance to “Make American Beer Drumpf Again.”

Is it just us, or does this particular celebridential candidate always sound like he’s had a few too many? In his (dis)honor, Dock Street Brewery is brewing up a series of quaffable reminders to exercise your suffrage, and just dump Drumpf.

Beer has always, throughout history, been a key ingredient in the recipe for revolutionary ideas. In that spirit, we’re brewing this series to declare our disdain for Drumpf, and to extend a little nod of solidarity to our friends, fans and neighbors that also believe the country deserves better representation – on a national and international platform – in the race to be Commander in Chief. We just can’t wrap our well-coiffed heads around a candidate who encourages his supporters to attack protesters at his rallies, wants to limit access to the U.S. based on religion, and flagrantly manipulates facts and data. Oh yeah, and that ridiculous wall idea? Come on.

The first in the “Friends Don’t Let Friends Vote Drumpf” series will be Short-Fingered Stout, a bitter and delusional stout with an airy, light-colored head atop a so-so body. Don’t worry, its bark is worse than its bite; this big baby comes in at a somewhat conservative 4.5% ABV.

Release date will be announced soon, during which we’ll host a meeting of the minds and palates at our brewpub where guests are encouraged to debate, discuss, and toast to free speech and democracy.

All are invited and welcomed, no matter what your political views are. Except one person… 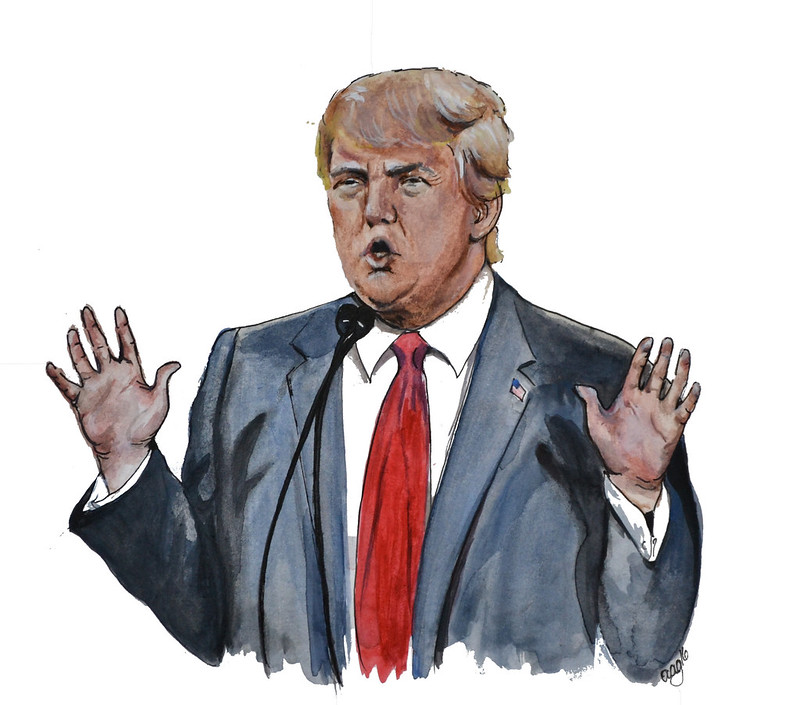