I continue to be fascinated by the design work still being done on beer glassware to figure out the perfect shape for beer, or for specfic types of beer. I just stumbled on yet another effort, these glasses from Los Angeles-based Sempli, which was founded by Swedish designer Daniel Semeraro in 2011. They consist of four glasses, part of a set known as the Monti Taste Collection. Each glass was mouth-blown from lead-free crystal. 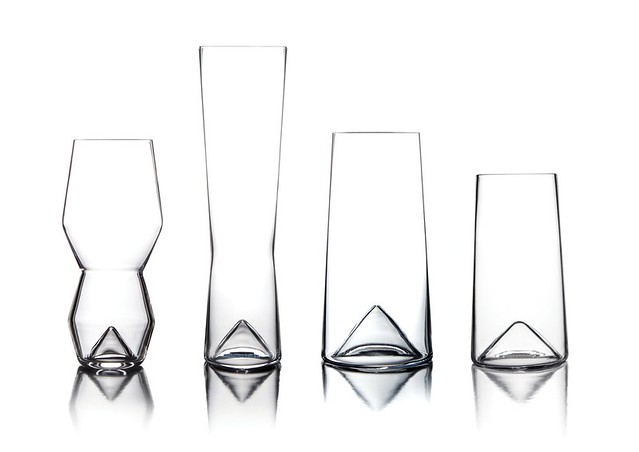 Two of the four glasses were created to enhance to specific types of beer, while the other two are generic, but are meant to fit particular size packages. 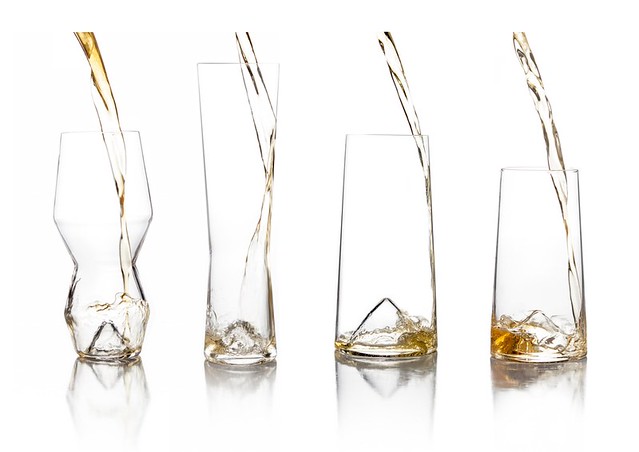 On the left was designed for IPAs, next for pilsner (known as the “pils”). The third glass will hold a pint — 16 ounces — and the last glass the contents of a 12-ounce bottle or can (and called “the birra”).

They all seem to have a pyramid shape in the bottom of the glass, possibly to encourage or enhance nucleation. They call it a “conical inverted bases,” and claim it’s “designed to catch the first splash of a pour and help ‘lead the effervescence of the brew up to the surface.'”

They’re not yet available for sale, but will be released later this month, on October 23. They can be pre-ordered on the Sempli website. The pilsner glass doesn’t look that drastically different from traditional pilsner glasses, and for that matter the IPA glass seems to be a following at least a general trend. Still, I’m certainly keen to see how it compares to other recent designs for IPAs. 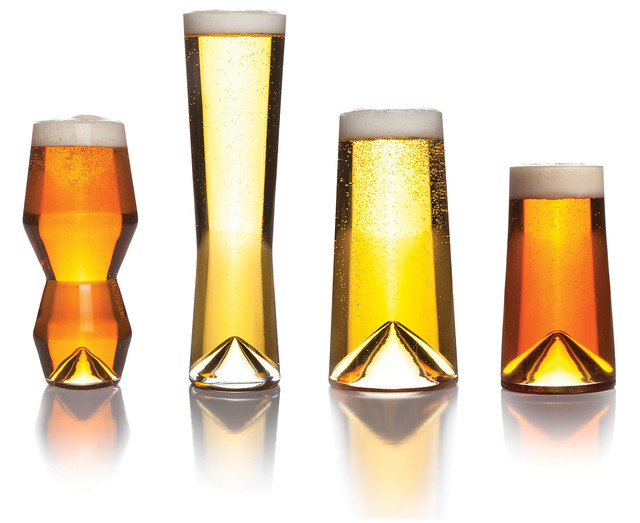