Today in 1939, US Patent 2163468 A was issued, an invention of Carl Rach, for his “Process For Making Hopped Beer Wort.” There’s no Abstract, although in the description it includes this summary:

Heretofore in the process of making this wort, unmalted cereals (such as corn grits or rice) were mixed with malt (such as malt barley or wheat malt) and were cooked with water at a temperature around the boiling point in a large container or cooker, the resulting mixture being led from the cooker into a mash tub where it was mixed with a malt mash and kept for onehalf hour or more at mashing off temperature. The wort which resulted from this .last mashing operation was strained through the undissolved grains of the material or mash resting upon a false bottom, with which the mash tub is provided. During this operation the undissolved grains on the false bottom served as a filter mass. The usual practice in the next stage of the old process was to wash the grains by pouring hot water upon them in the mash tub to remove the remaining wort extract. This washing of the grains or sparging operation, as commonly called, resulted in a wort which was of much lower As the sparging operations continued the resulting worts were of less and less density and after they were all collected together in a large kettle they had to be boiled to evaporate some of the water and increase the density to the desired degree, which is between 12 to 13% as measured by the Bailing saccharometer.

This evaporation and concentration of the wort was disadvantageous in that it required time, labor and fuel and thus increased the cost of the beer.

Thus it is an object of my invention to provide a process which eliminates the necessity of boiling the wort to concentrate it, and thus (1) to reduce the expense of the process, and (2) to permit greater control of the composition and chemical nature of the product, by reason of boiling being carried on only to chemically affect the wort and not to evaporate water. 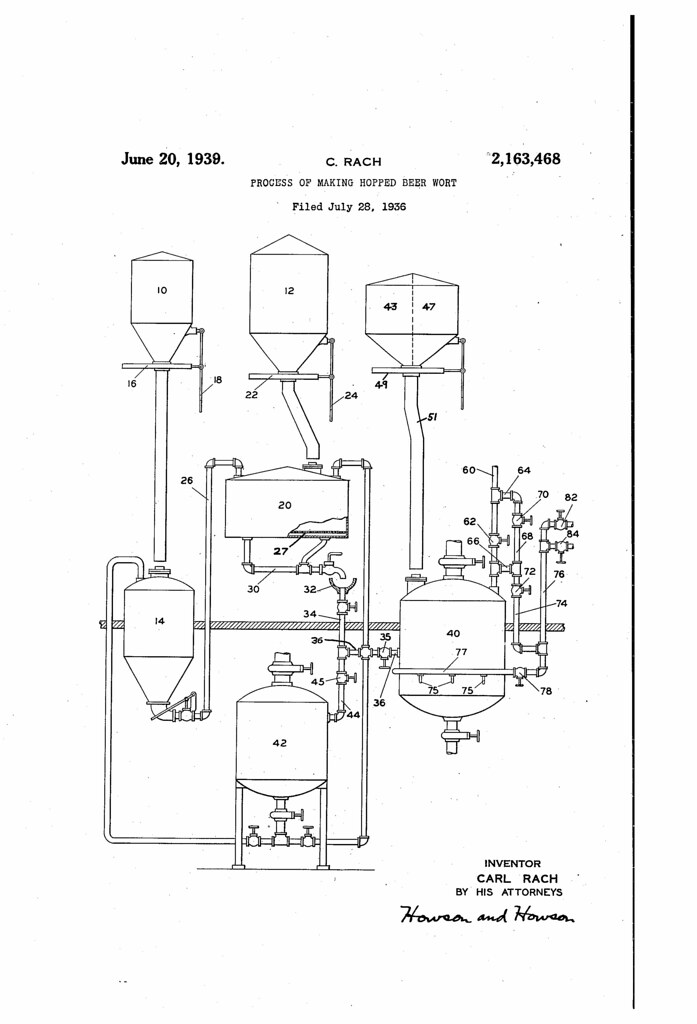