You are here: Home / Beers / Patent No. 3425839A: Continuous Beer Making Process Wherein The Wort And Yeast Are Separated By A Porous Partition

Today in 1969, US Patent 3425839 A was issued, an invention of Michael Alan Pinnegar, assigned to Brewing Patents Ltd., for his “Continuous Beer Making Process Wherein the Wort and Yeast Are Separated by a Porous Partition.” There’s no Abstract, although in the description it includes this summary:

A potable beer is produced by circulating a body of yeast-containing liquor on one side of a partition and maintaining a moving body of wort on the opposite side of the partition. The partition is porous and has a pore size small enough to effectively bar the passage of yeast cells, but allows the passage of the soluble constituents of the wort and the soluble products resulting from the fermentation of the wort by the yeast. 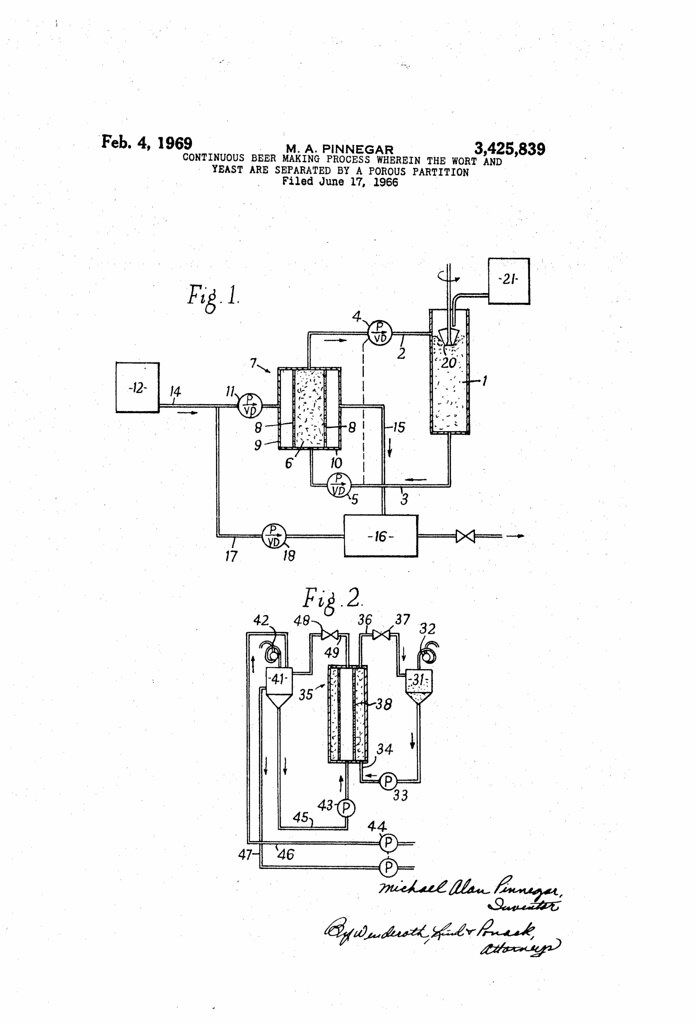