Today in 1893, US Patent 503168 A was issued, an invention of Gustav Hermann Schneider (a.k.a. G.H. Schneider), of Hamburg, Germany, for his “Brewing Process.” There’s no Abstract, although in the description it includes this summary:

My invention has relation to the art of brewing beer from the wort, and it has for its object the provision of means whereby a product is obtained whose nutritive properties are materially increased, that is not as liable to secondary fermentation and that will keep in good condition for a longer time than beer brewed in the usual way.

One of the advantages of my invention lies in the fact that the fermentation may be interrupted at any time, thereby enabling the brewer to vary the percentage of alcohol in the beer, according to requirements, and consequently preserve to the beer a larger percentage of extracts than has been possible heretofore.

A further advantage of my invention consists in obviating the cellar storage otherwise necessary, and in cheapening considerably the production of beer, notwithstanding that a product is obtained of a taste far more cess.

I attain these objects by adding hops to the wort, boiling the same by means of steam under pressure, cooling the boiled wort, filtering, and subjecting the filtered wort to a yeast fermentation, pasteurizing the fermented liquid by means of heat, cooling it down, and aerating it by means of ozonized air,and finally charging the sterilized liquid with carbonic acid, when the beer will be ready for storage, these operations, and the storage being successively carried out under exclusion of ambient atmospheric air, the liquid being forced through the various apparatuses, and finally to the receiver, by means of sterilized air. But that my invention may be fully understood, l will describe the same in detail, reference being had to the accompanying drawings, in which- Figures 1 and l show in side elevation a plant by means of which my invention may be carried out, and Fig. 2 is a sectional elevation of my improved pasteurizing and aerating apparatus. 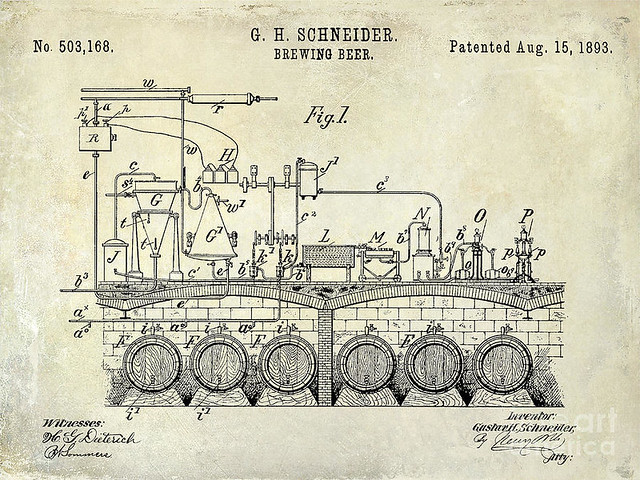 And here’s the original drawings filed with the patent application: 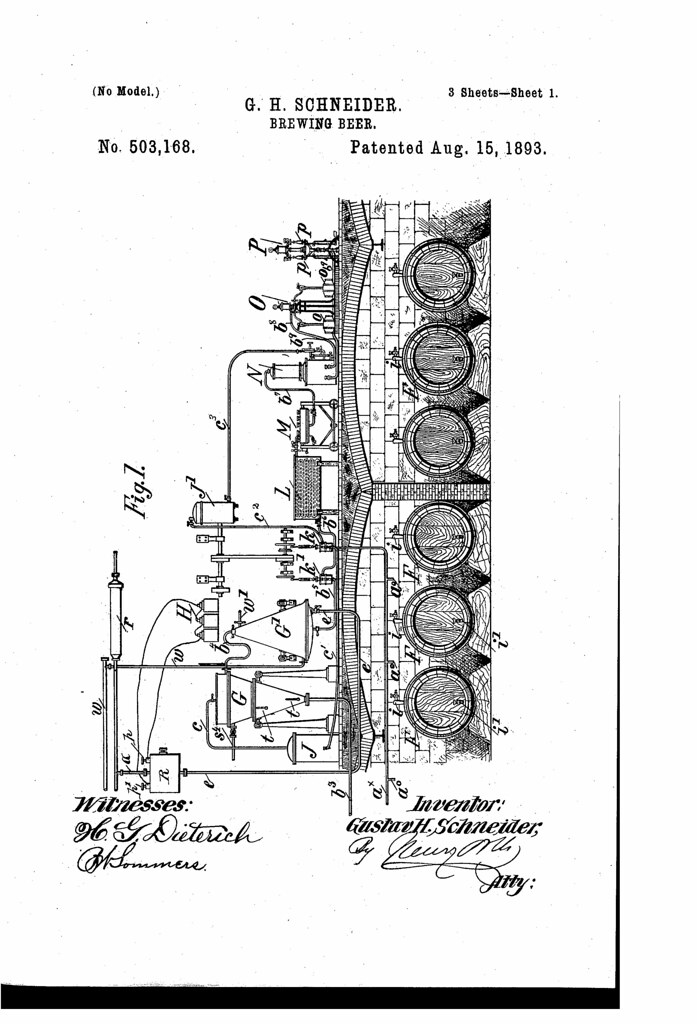 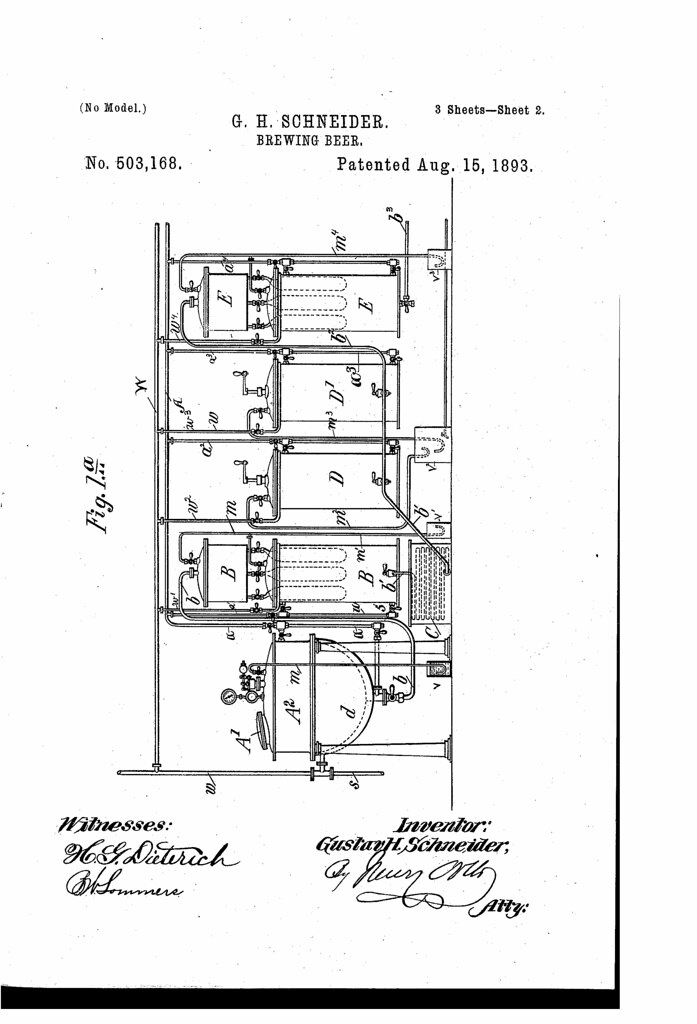 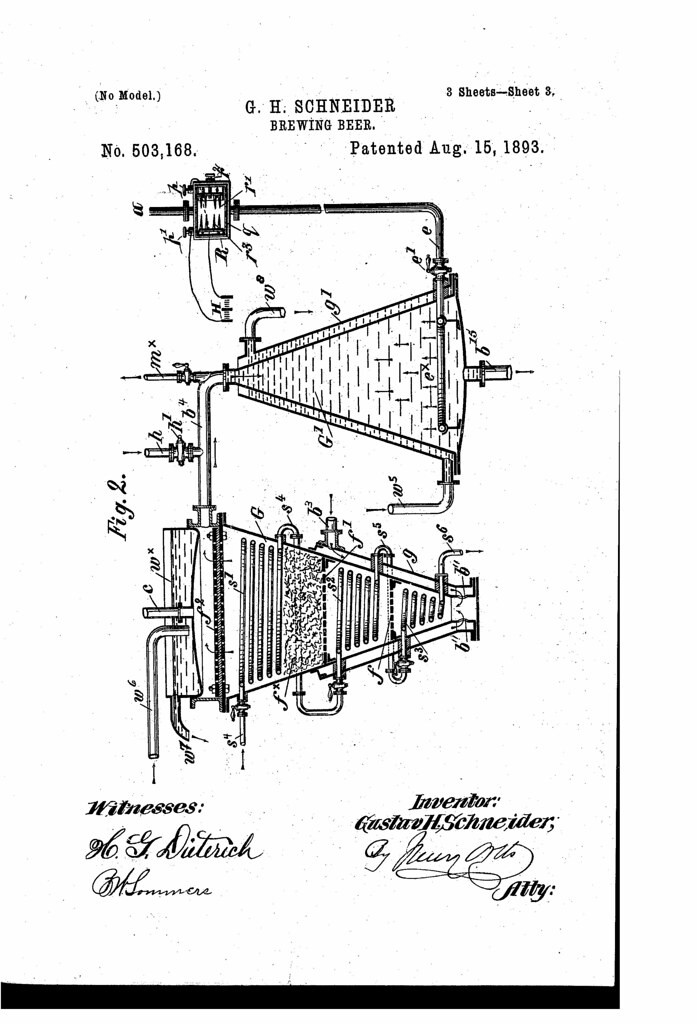