You are here: Home / Beers / Patent No. 5242694A: Process For Brewing Low Carbohydrate Near Beer

Today in 1993, US Patent 5242694 A was issued, an invention of Hans Reuther, assigned to the G. Heileman Brewing Company, Inc., for his “Process For Brewing Low Carbohydrate Near Beer.” Here’s the Abstract: 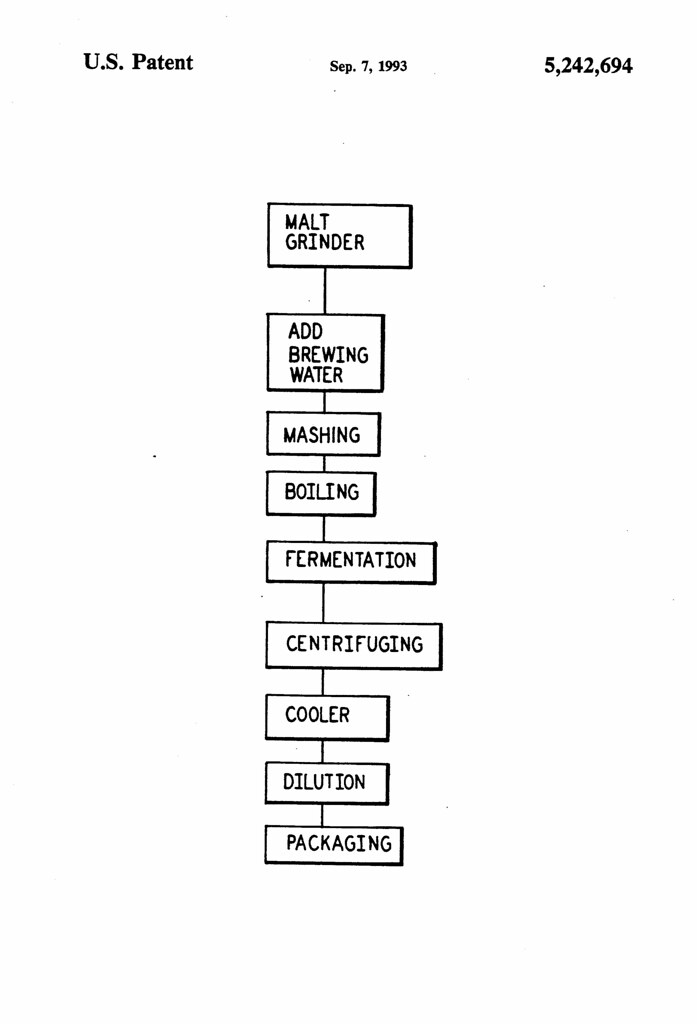