Today in 1901, US Patent 677918 A was issued, an invention of Jacob F. Ansenheimer, for his “Package For Holding Liquids.” There’s no Abstract, although in the description it includes this summary:

The object of my invention is to make a cheap, simple, and efficient cask or barrel that is, a tight package for holding liquids, such as beer -barrels, casks, wine-barrels, whisky-barrels, oil-barrels, and similar packages the parts composing the barrel to be made of pulp or analogous substances. It has been the desire for some time to produce such a package made of pulp; but so far no practical article has been produced. The desire to produce such a package has grown out of the fact that the wood out of which such packages are made is becoming scarce and each year the demand for a substitute is growing, the price of the wooden package increasing rapidly, and a package made of pulp will soon be a matter of necessity. Most inventors have aimed at producing a package made of one piece and only in some manner looking in the head. Even if such a barrel could be produced it would be too costly. In producing my new package I have worked on the principle of building a tight package as now in vogue. 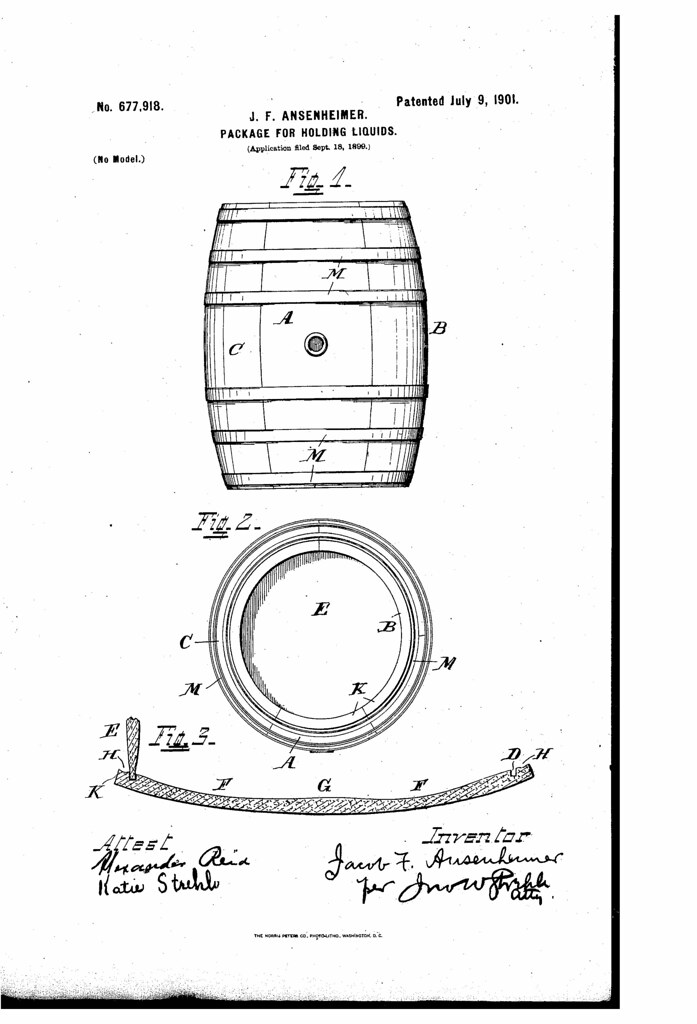