Today is the 77th birthday of Art Larrance, co-founder of the Oregon Brewers Festival, and also a co-founder of Portland Brewing, too. Art later started the Raccoon Lodge, in 1998, and more recently launched the Cascade Barrel Brewing House to concentrate on sour beers. In 2012, Art was named Restaurateur of the Year by the Oregon Restaurant & Lodging Association. But I know him best for his continuing work on OBF, which he’s been doing since the beginning of time, or at least 1988. Join me in wishing Art a very happy birthday. 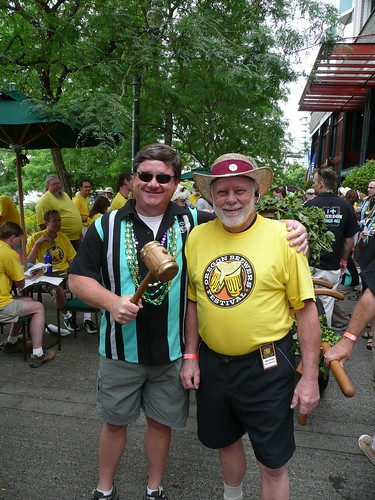 Jamie Emmerson, from Full Sail, with Art at the OBF Parade in 2009. 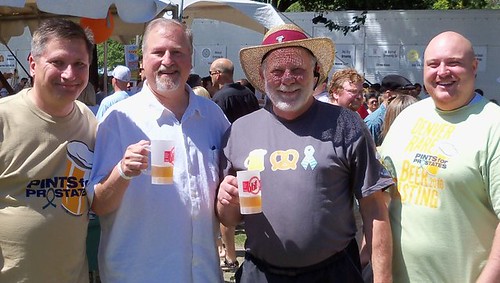 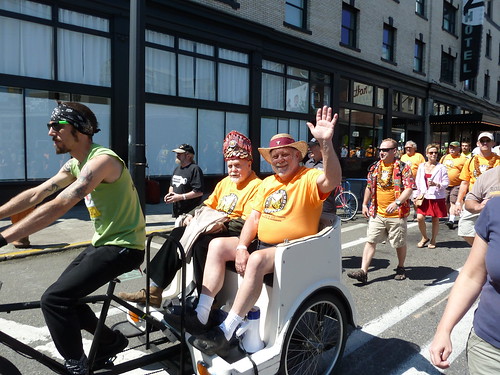 Pedicab leading the OBF Parade with Grand Marshall Fred Eckhardt and Art in 2011.

Here are some of my photos from this year’s Oregon Brewers Festival Parade that marches through Portland to the OBF where a ceremonial keg is tapping, officially opening the festival. This year Portland mayor Sam Adams joined the parade and also tapped the keg. I’m still getting the hang of using Flickr, but here is a slideshow of the parade. Let me know what you think of the new photo format here. You can also the see the photos full screen at the Flickr Slideshow Gallery.