Saturday’s ad is for “Coors Beer,” from the 1970s, maybe. I’m not entirely sure it’s legitimate and not a parody or spoof. This ad was (probably) made for the Coors Brewing Co., who did not do as much advertising as their competitors. In part, this was because they were not sold nationwide until the 1980s. This one screams “Anchorman” and spoof ad, but it’s too funny and delicious to ignore. Don’t you miss leisure suits? I wonder why they haven’t made a comeback?

Friday’s ad is a parody or spoof ad from Mad Magazine, which seems appropriate for April Fool’s Day. The artist was William or Will Elder and what it was making fun of was the Beer Belongs series of ads by the United States Brewers Foundation that ran from 1945 to 1956. In the ad, everyone from the baby to the family pets are drinking a beer. 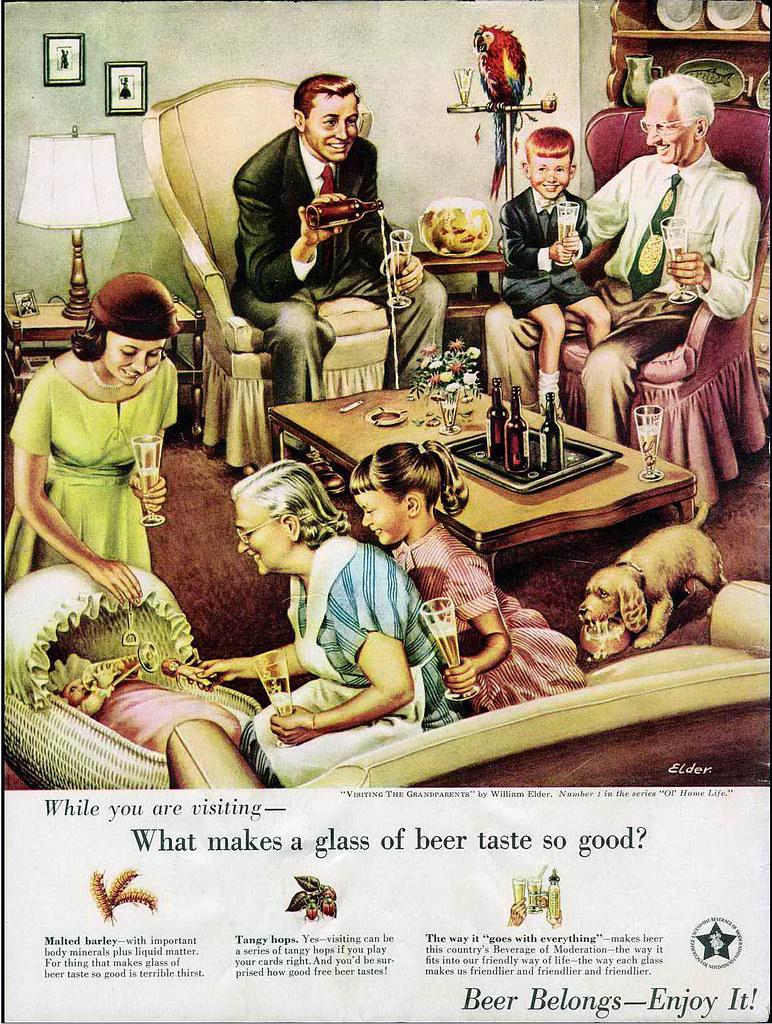 This is hilarious, especially so depending on which way you lean on the issue of health care reform. My wife found it on Daily Kos, but apparently it’s popping up everywhere on political blogs.