Today is the birthday of Michael Hand, Jr. (September 12, 1866-1915). He was the son of Michael Hand Sr. , who founded the Michael Hand Brewing Co. in Pawtucket, Rhode Island in 1898. Michael Jr. joined the family brewery and the two of them ran the brewery until Sr. passed away in 1911, and Jr. then became sole owner and continued running it until his own death in 1915. His widow, Annie continued the brewery until it was closed by prohibition. A local beer distributor, James Lavell, who also had a realty business, tricked her and ended up owning the brewery, and also went to jail, but after prohibition ended, he reopened it as the Rhode Island Brewing Co. It remained in business for just five years, closing for good in 1938. 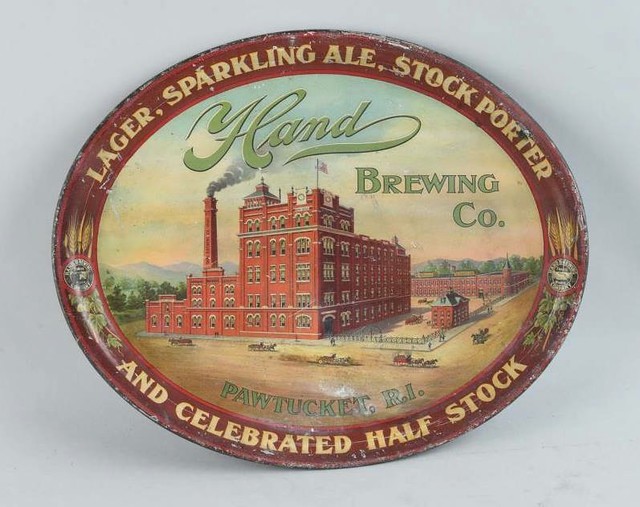 The brewery was built by Michael Hand of Scranton, Pa., in 1898 and run by Hand and his son Michael Jr., of Pawtucket, until their deaths in 1911 and 1915, respectively. The younger Hand’s widow, Annie, was left to run the brewery, which still brewed beer, even during prohibition. Operating out of a tiny building housing Beacon Realty on Fountain Street in Providence, beer distributor James Lavell took orders and cash for the hooch he made at the Hand Brewery. He ended up in jail, but not before his Crescent Realty had loaned money to Annie Hand, secured by the brewery, and then foreclosed on the mortgage, becoming its owner as prohibition ended.

And this summary of the brewery is from 100 Years of Brewing: 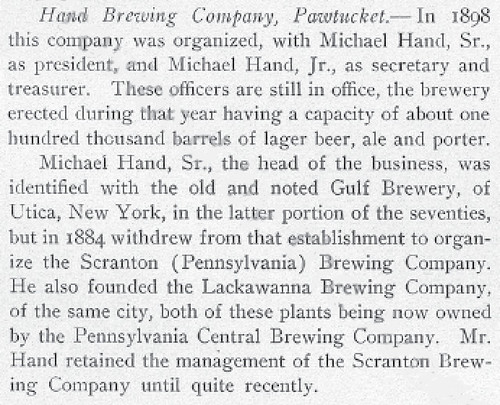 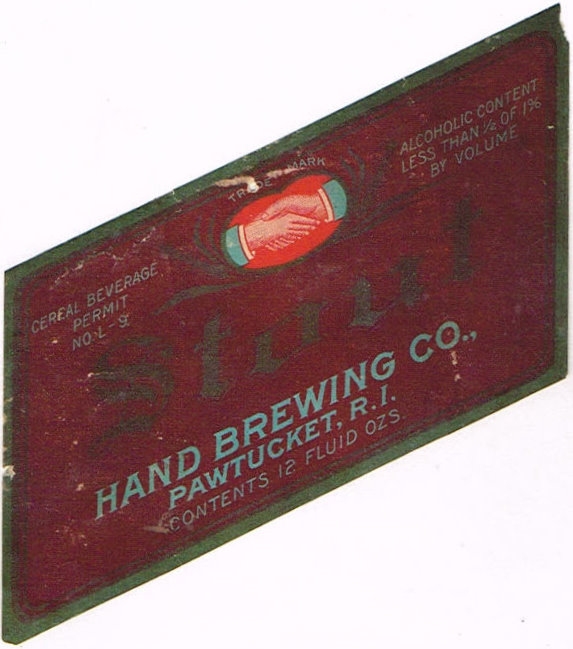 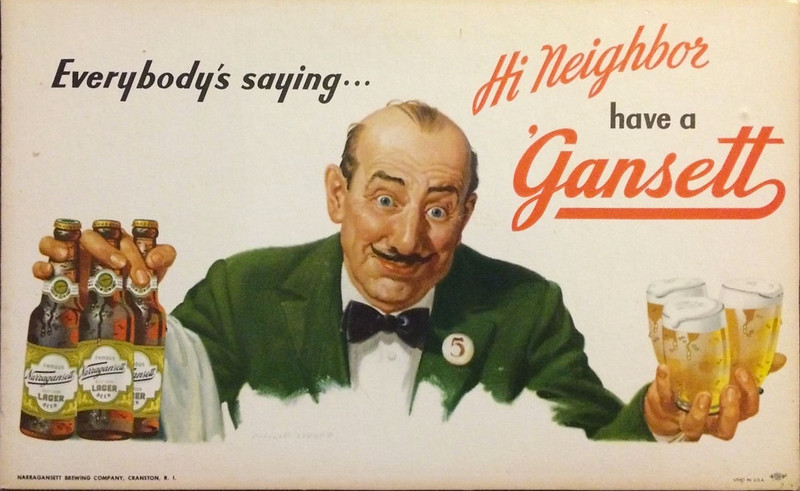 Wednesday’s ad is for Narragansett Lager Beer, from 1963. Billing itself as “One of America’s Great Breweries,” presumably thanks to it’s “straight-from-the-barrel taste” that’s also “Light, Mild and Refreshing.” Plus there’s a beautiful shot of the brewery, though I can’t tell if that’s a photograph or a painting. 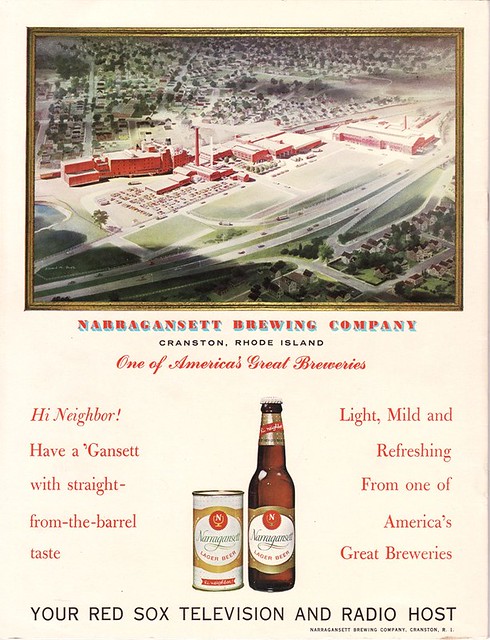 Friday’s holiday ad is for Rhode Island’s Narragansett Beer, which has made a come back in recent years. It originally “appeared in the December 23, 1945 issue of The Boston Herald.” Offering “Holiday Greetings from Narragansett,” and also featured a wonderful painting of an idyllic winter scene.

According to Narragansett’s blog, the “painting is titled, ‘On The Post Road,’ and was created by artist, Harold Breut.” 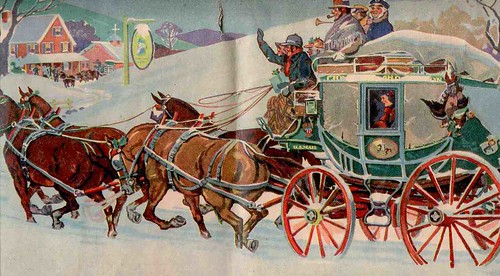 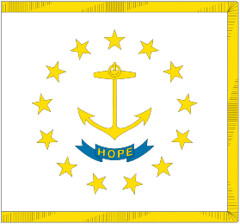 Today’s works are from a series entitled Will Work For Food by an artist from Providence, Rhode Island, Shawn Kenney. There’s a story behind the project, and a portion of each sale is “donated to agencies working to end hunger through education, outreach, and food distribution.” All of the beer paintings are already sold, but plenty of food paintings remain available in the food inventory. The first beer painting below is of a can of Narragansett beer, which is Rhode Island local. 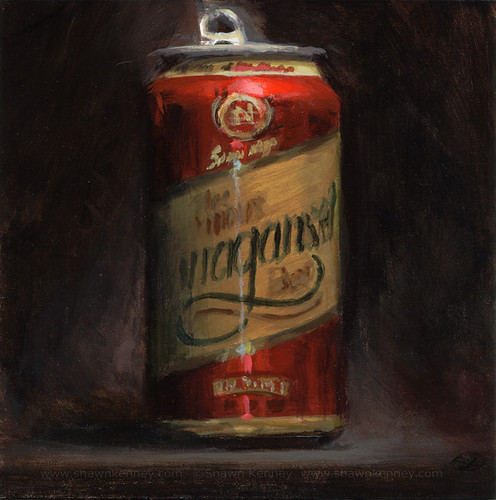 Then there’s this bottle of Red Stripe. 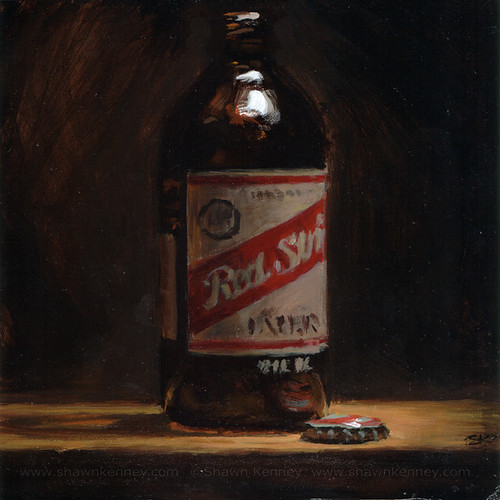 And finally, a pint of Guinness. There are also a few more beer paintings at the Will Work For Food main web page. 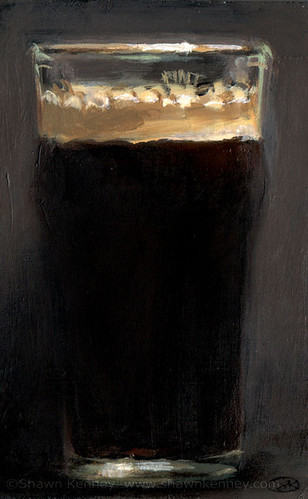 Here’s a portion of Kenney’s biography:

I was tremendously fortunate to study under a stellar lineup of professors during my time at [the Rhode Island School of Design]. Among them: Tom Sgouros, Dean Richardson, Victor Lara, and David Macaulay. They, along with some amazing classmates, opened my eyes to a much larger world.

In the years since, I have worked as an illustrator, designer and art director, never leaving my love of the craft of drawing and painting behind.