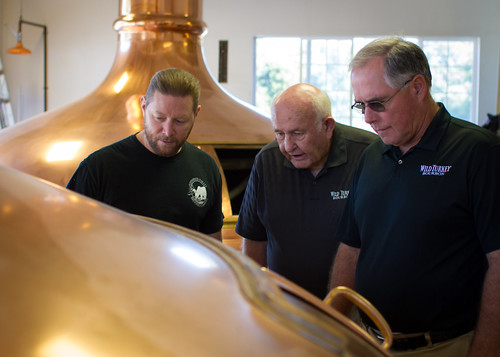 As part of an exclusive partnership and licensing agreement, the Anderson Valley Brewing Company and the famed bourbon brand Wild Turkey® announced today that they will be teaming to facilitate the brewing of world-class Bourbon-barrel aged craft beers using repurposed American oak barrels from the Wild Turkey Distillery in Kentucky.

“I’ve been familiar with Anderson Valley Brewing for some time, and I’ve always admired the pride and care they take in crafting and brewing their beer,” said Jimmy Russell, Wild Turkey Master Distiller. “It’s similar to the approach we take with our bourbon, which made this partnership such a natural fit. Now I finally have a good excuse to drink a great craft beer!”

“The opportunity to partner with the Bourbon Hall of Fame Russell family and Wild Turkey is tremendously exciting,” said Trey White, Anderson Valley owner and CEO. “We have done some trial brews with a limited number of Wild Turkey barrels over the past several months and the beers to date have been awesome. We cannot wait to create some truly special craft beers with hundreds rather than a handful of barrels. The relationship with Wild Turkey provides Anderson Valley with a world class, consistent source of barrelage rather than randomly sourced barrelage in limited quantities. Anderson Valley, working with the Russell’s, will explore new frontiers in barrel aged craft beer.”

The initial production from this first-of-its-kind collaboration will be a Bourbon barrel aged Stout featuring Anderson Valley’s award-winning Barney Flats Oatmeal Stout. Aged for three months, the resulting beer will be deep ebony in hue with a beautiful mahogany head, an aroma of fresh-baked bread, toffee, and espresso mingling with the woody vanilla notes of Bourbon whiskey and the rich roasted flavors wrapped with Bourbon.

“We chose to work with Wild Turkey not only because their whiskey is so outstanding — they are also the only major Bourbon producer to use a #4 “alligator” char on their barrels. This helps to introduce way more flavor to the Bourbon, and therefore way more flavor to our famous Barney Flats Oatmeal Stout,” continued White.

This draft-only production will be released in the fall and will be followed by packaged products in early 2013. Anderson Valley and Wild Turkey personnel will work jointly in the coming months on a variety of exciting promotional opportunities both on and off premise to expose their respective consumers to the quality and authenticity of Bourbon barrel aged products.

So that should be interesting. Autumn has always been my favorite season, now there’s one more reason to look forward to it. 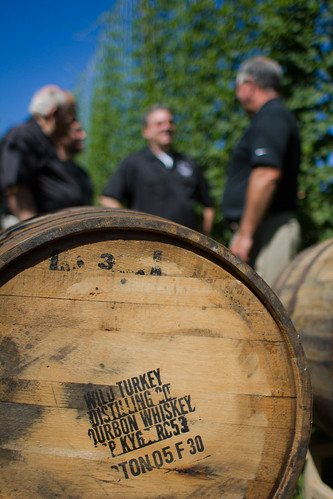