Friday’s ad is for is by the United Brewers Industrial Foundation, from 1943. Beginning during World War II, the USBIF began a series of positive ads under the name “Morale is a Lot of Little Things” followed by an unnumbered series of illustrated ads that were a precursor to the numbered “Home Life in America,” the crown jewel of ads which ran from 1945 to 1956, also known as the Beer Belongs series. But they didn’t end there, and for a short time afterward, beginning in 1956, several more similar ads were created but without the numbering or the “Home Life in America” association. But even before those efforts, the UBIF put their toe in the trade advertising pond with ads under the title “The Record … Facts That Concern You” and always ending with the tagline “Beer … a beverage of moderation,” and the continued on with some similar-themed ads after that.

In this ad, with the headline “But Why Court-Martial The Whole Regiment?,” they’re suggesting that every group of soldiers has one or two who can’t pass muster and that you would simply get rid of those underperforming ones rather than get rid of the entire unit. That’s compared again to bad bars and taverns, so there must have been a concerted effort by prohibitionists using the unscrupulous bars and retailers again the entire industry at that time (not that they’ve stopped) and these ads were the industry’s response. 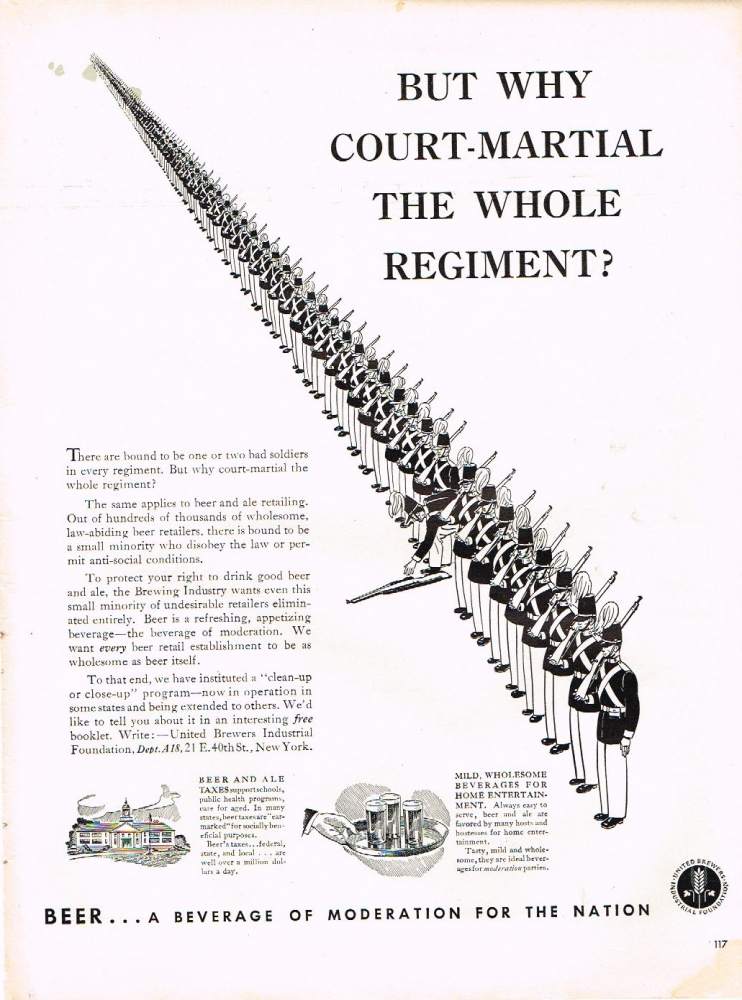