Today is Dave McLean’s 52nd birthday. Dave was the founder of Magnolia Pub & Brewery, the gastropub on Haight Street in San Francisco, along with the production brewery known as the Smokestack in the Dogpatch neighborhood of the city. He is a tireless champion of craft beer in the Bay Area, having worked on Slow Food Nation, The Eat Real Festival and SF Beer Week, among much else. He more recently co-founded Admiral Maltings along with Ron Silberstein. Join me in wishing Dave a very happy birthday. 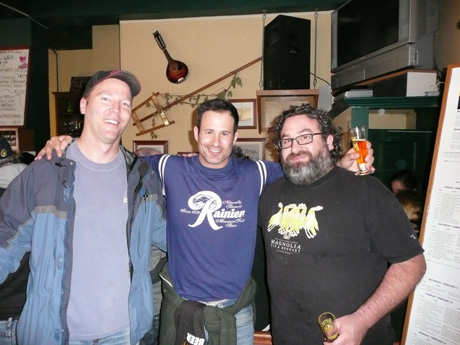 Craig Cauwels (from Schooner’s) and Sam Calagione (from Dogfish Head) stopping by to see Dave at the Double IPA Festival at the Bistro a couple of years ago. 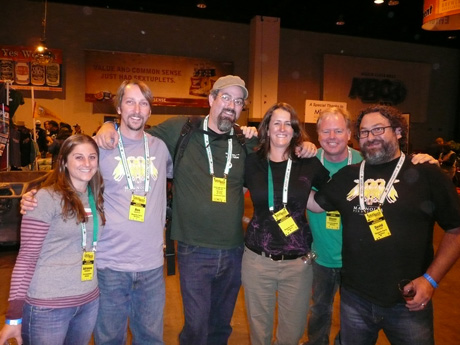 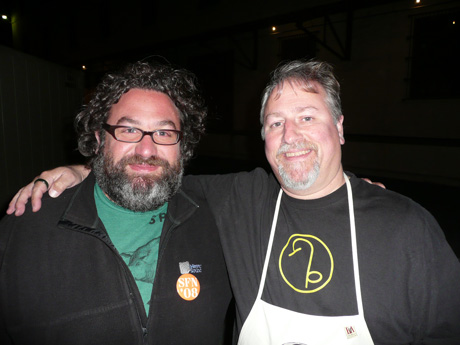 Dave and me at the end of a very long, but satisfying, day at the first Slow Food Nation event four years ago in San Francisco. 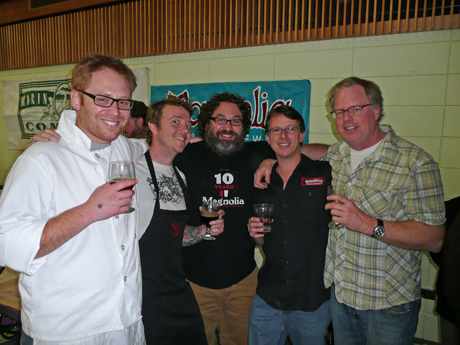