The double truck ad decided to feature one of the scenes in the beginning of the book, when Ford Prefect takes his human friend Arthur Dent to a local pub shortly before Earth is scheduled to be demolished to make way for a bypass. “Six pints of bitter,’ said Ford Prefect…. ‘And quickly please, the world’s about to end.’” 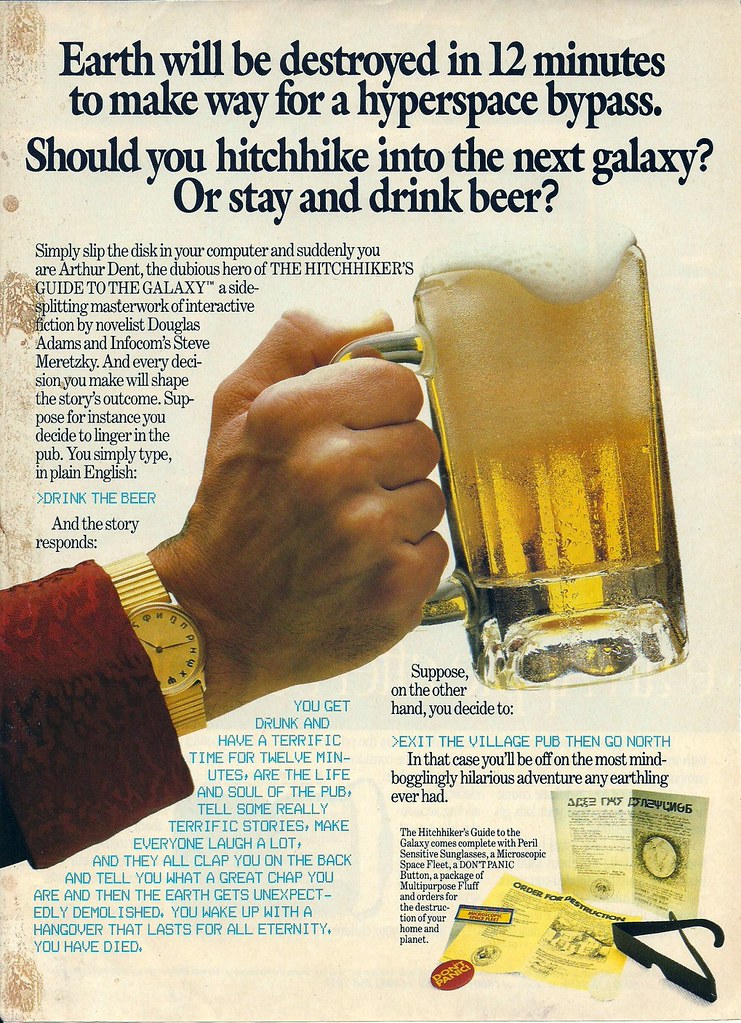 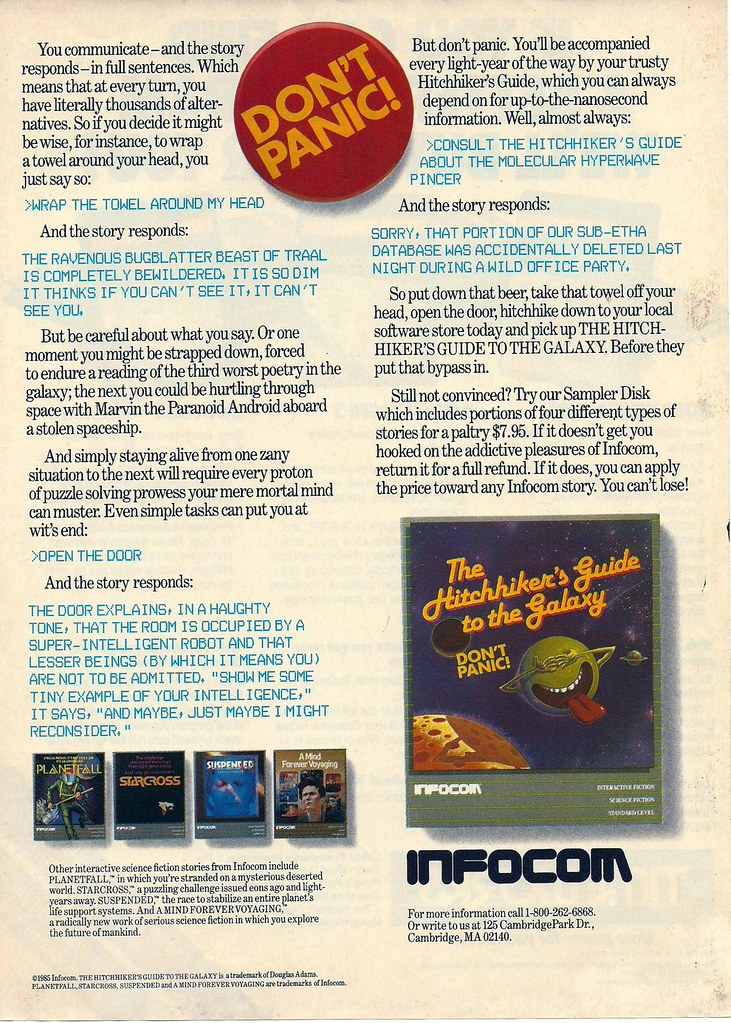