Sunday’s ad is for is by Ballantine Ale, from 1957. In the 1950s, Ballantine advertised the hop variety “Brewer’s Gold” as “a rare strain of choice hops” and even registered it as a trade-mark, although Brewers Gold is widely available today. In this ad, three couples are sharing beers in an airport bar, a plane visible through the window behind them. I think the couple seated at the table are newlyweds and they’re about to fly to their honeymoon destination. He’s got what looks like it could be rice on his shoulders, and she’s got flowers pinned to the lapel of her dress. Plus, the others are standing around them, as if they’re toasting them and giving them a proper send-off. 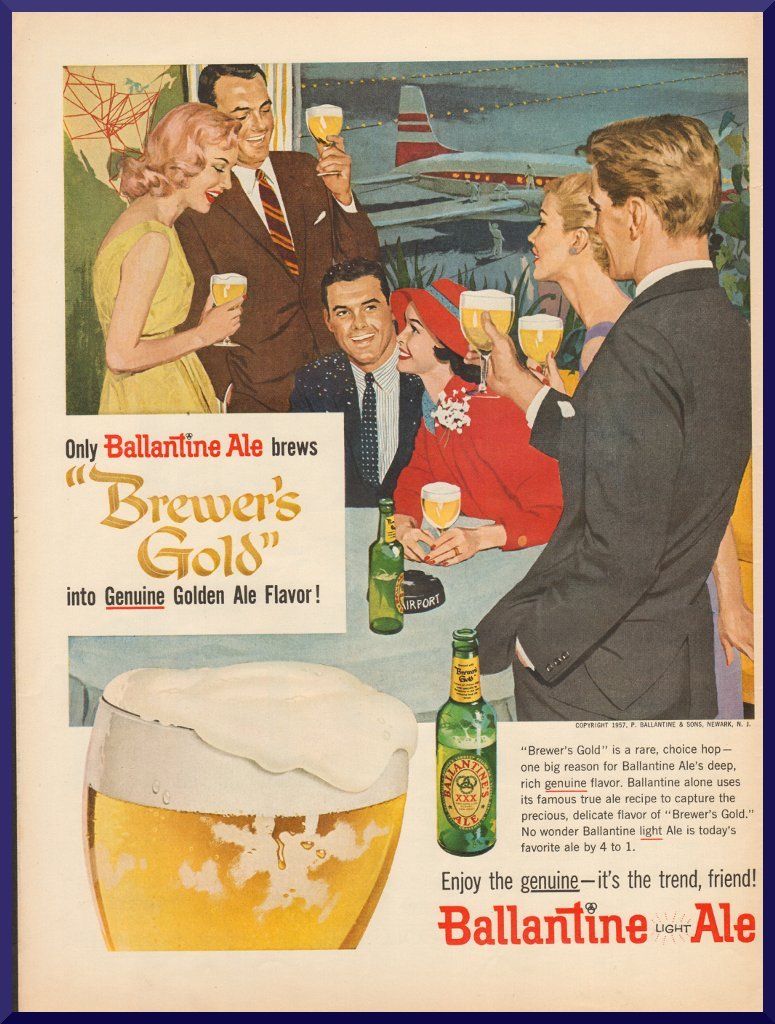