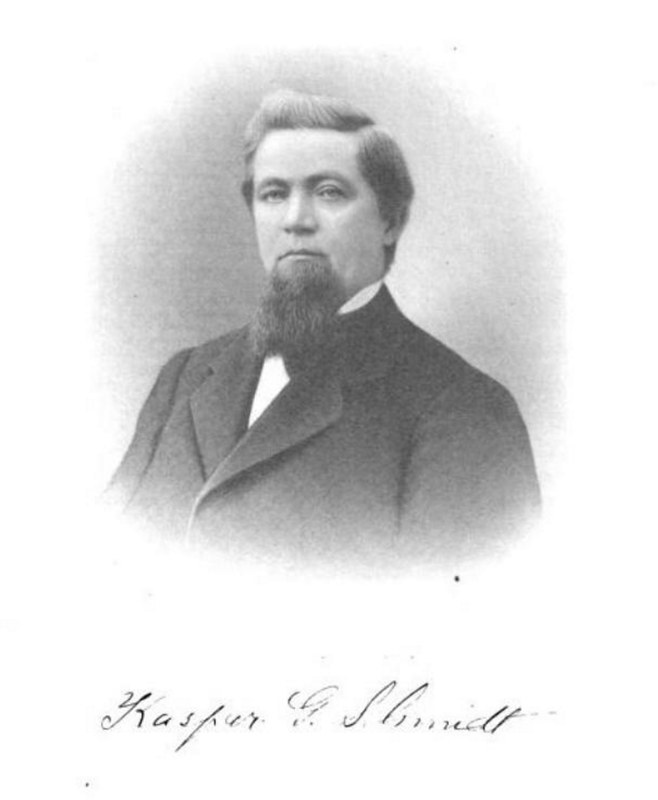 Here’s a biography from the Encyclopaedia of Biography of Illinois. 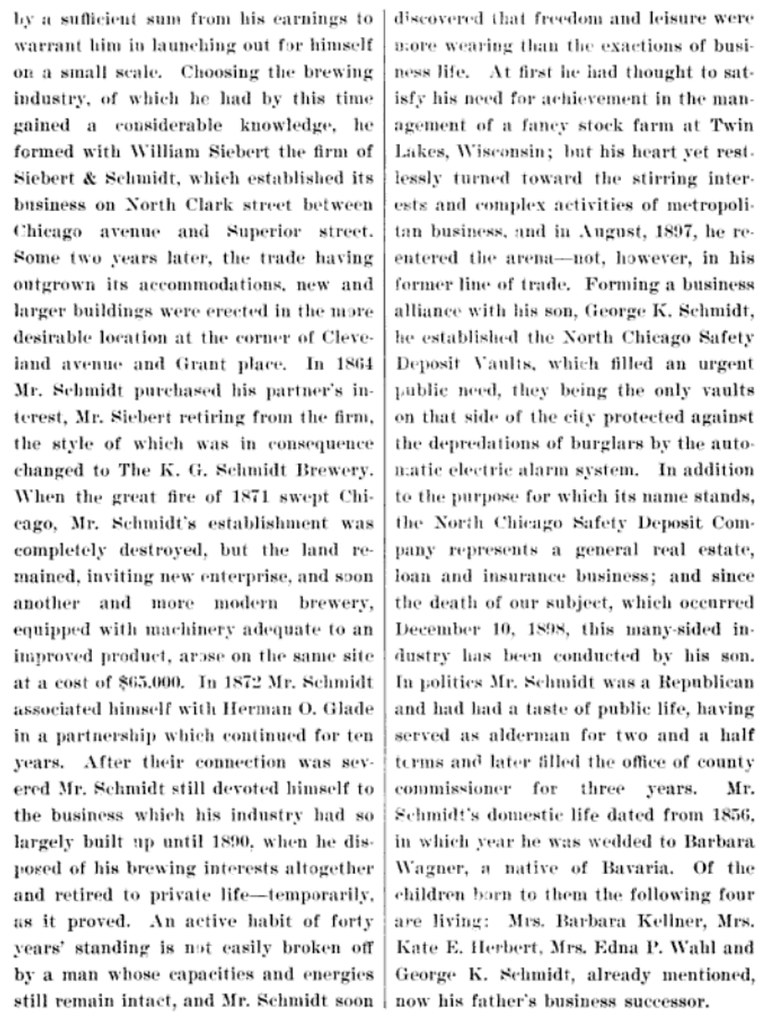 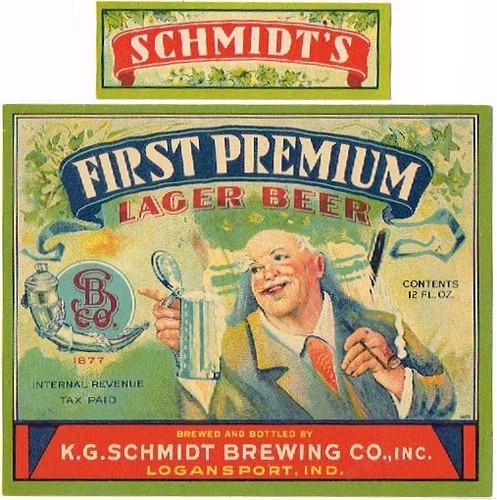 And this is another one from A History of the City of Chicago. 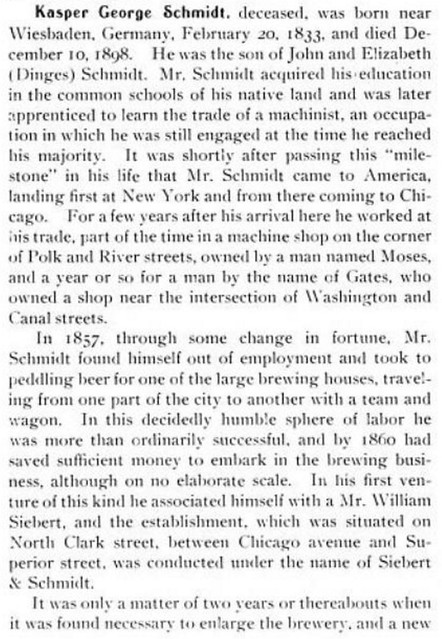 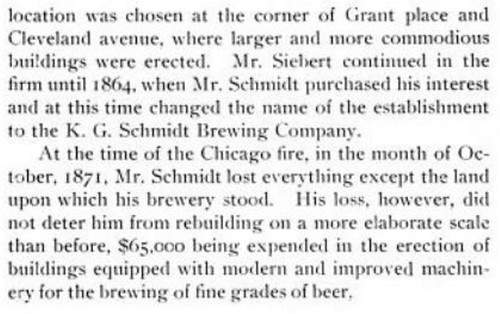 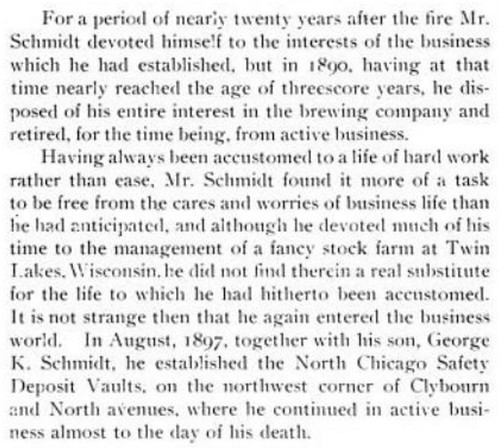 Although it’s unclear, it appears that the Chicago brewery bought the Columbia Brewery in Logansport, Indiana in 1893, renaming it K.G. Schmidt. Though by that time, Kaspar may have already been retired, and his son George K. Schmidt was running the company. 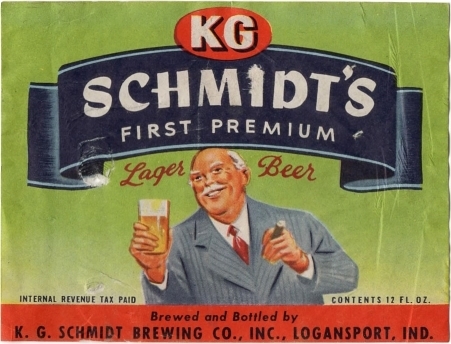 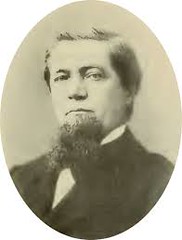