Today in 1938, US Patent 2139029 A was issued, an invention of George E. Miller, for his “Hop Picking Machine.” There’s no Abstract, although in the description it includes this summary:

This invention relates to a hop picking machine, and especially to improvements in the construction and operation thereof. 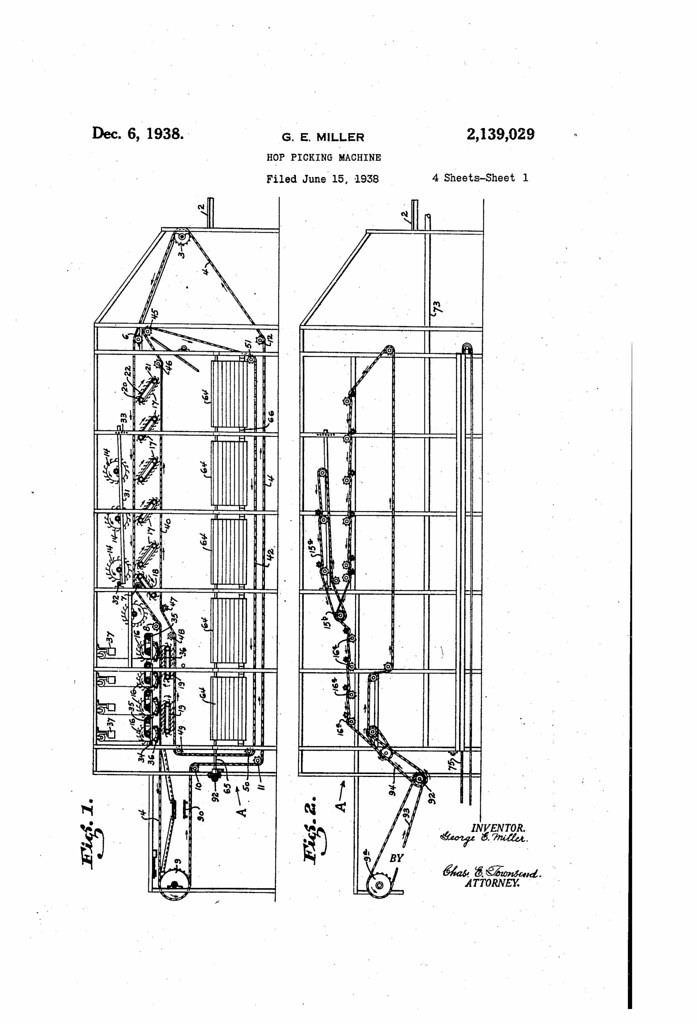 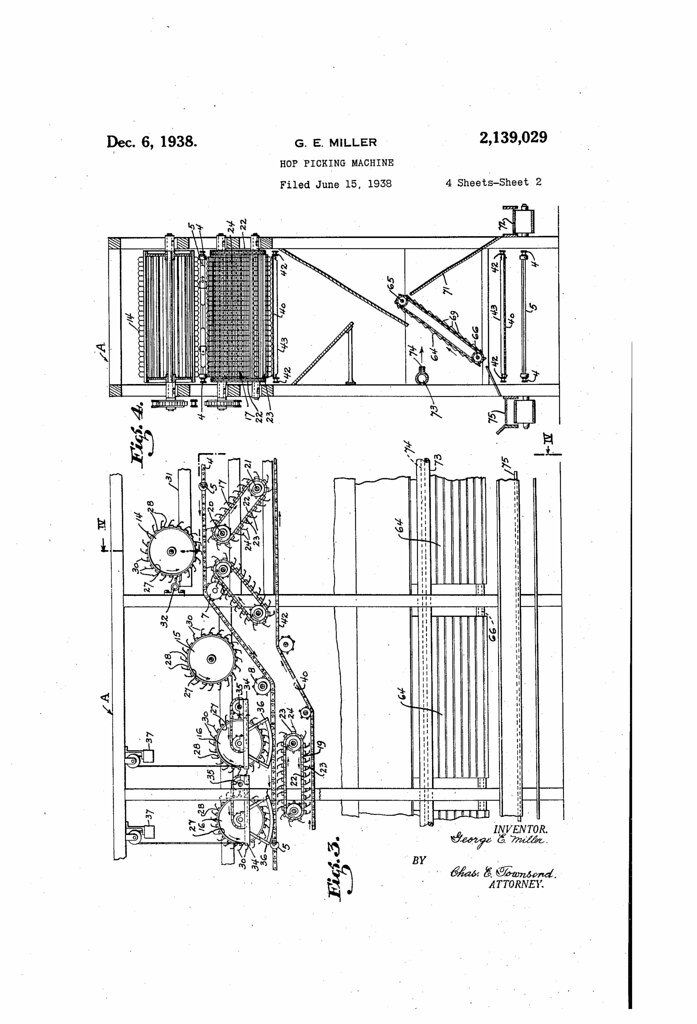