Today in 1940, US Patent 2226813 A was issued, an invention of Charles John Gray, assigned to Guinness Son & Co. Ltd., for his “Hop Picking Machine.” There’s no Abstract, although in the description it includes this summary:

It has been proposed to provide a machine of this kind with an endless screen, or wire mesh, having its respective ends passed around drums which serve to support it, and which drums are suitably driven to in turn drive the screen.

In this proposed arrangement, the wire mesh screen has been so arranged as to permit all the properly picked hops to fall down through it whilst retaining upon its upper surface any hop bearing stalk or stem portions and carrying them beneath fingers, between which and the screen such relative movement takes place as will cause said fingers to, in effect, sweep said screen in a longitudinal direction, and, in so doing, cause the hops to be caught up against the sides of the mesh openings of the screen and so become detached in this manner from the stalks, or in some cases the fingers directly detach them.

The short stalks or stems from which the hops 35 are separated as just described, are carried along by the screen until they fall off it as it passes around one of the screen carrying drums. Leaves also fall through the mesh with completely picked hops, and are subsequently separated in any suitable manner from these hops. The arrangement just described has been found to be open to the objection that all the hops are not detached from the aforesaid short stalk or stem portions. 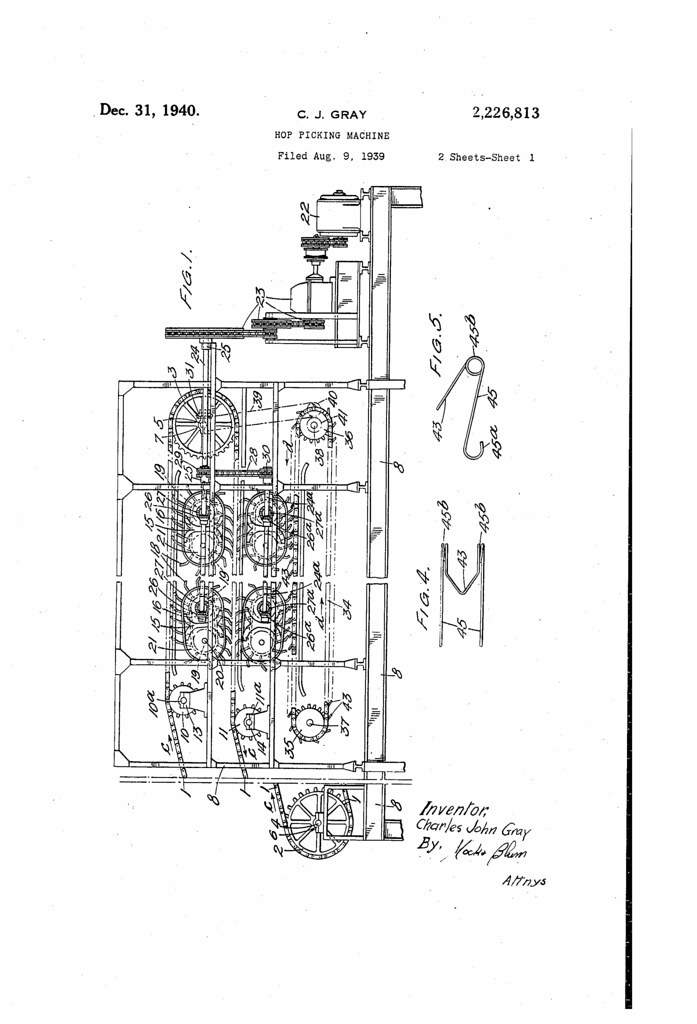 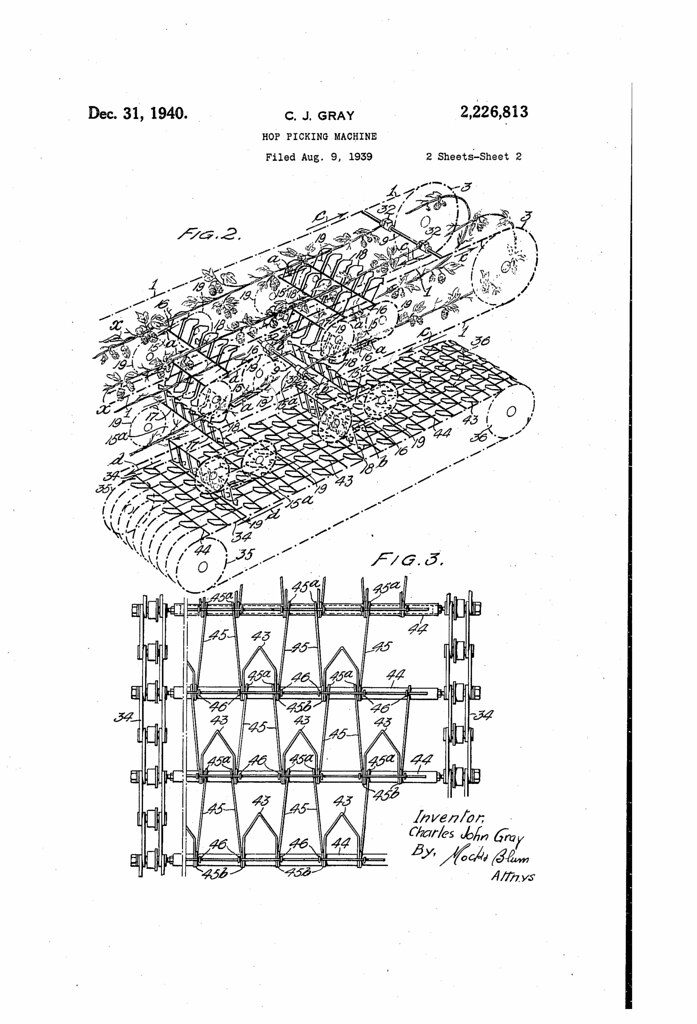