You are here: Home / Beers / Patent No. 4005813A: Single-Opening Beer Keg And Method Of Producing From Conventional Keg

Today in 1977, US Patent 4005813 A was issued, an invention of Mack S. Johnston, for his “Single-Opening Beer Keg and Method Of Producing From Conventional Keg.” Here’s the Abstract:

A single-opening beer keg is produced from a beer keg of conventional configuration which has a bung hole in the side wall and a dispensing opening in the top wall thereof, by closing the dispensing opening and the bung hole; moving the top wall inwardly to provide a wall of substantially spherical configuration and with an inner peripheral chine; moving the center portion of the bottom wall outwardly until it is in substantial horizontal alignment with the lower end of the side wall; and providing an opening in the center portion of the bottom wall to receive a valve assembly. An annular protective collar can be secured to the lower end of the side wall to protect the valve assembly during shipment of the keg. 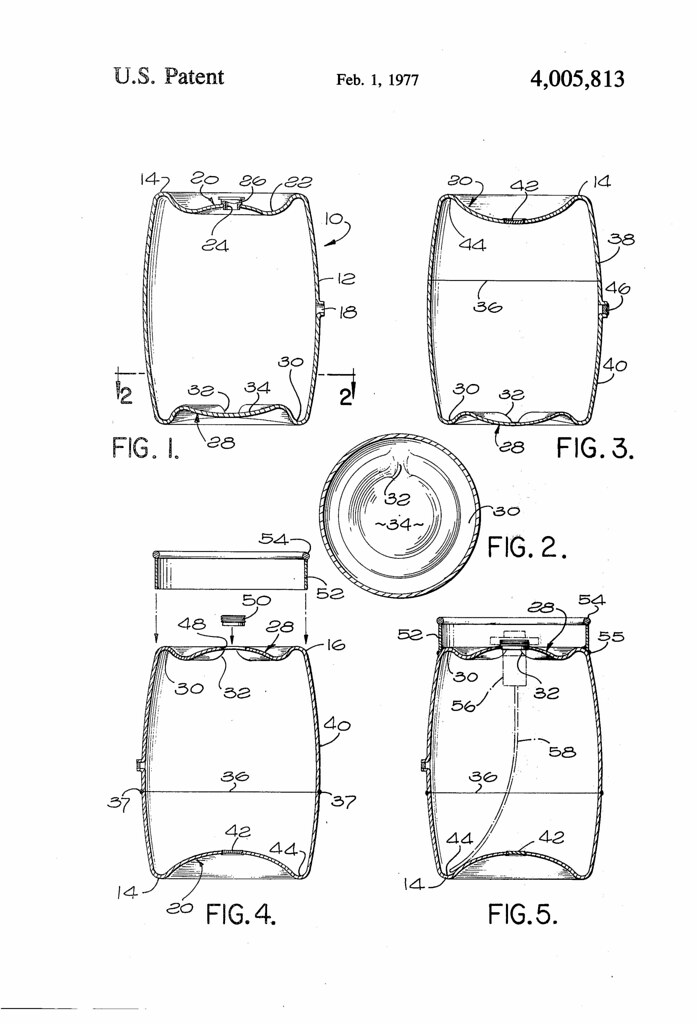