Today in 2005, US Patent D503550 S1 was issued, an invention of Brian Miesieski, Devin Kelly, and Geoff Blanck, assigned to Labatt Brewing Company Ltd, for their “Combined Beer Dispensing Cooler and Lawn Chair.” There’s no Abstract, which is unusual for such a recent patent. The patent application merely lists the seven submitted drawings of the design and the only other text at all is this short claim. “The ornamental design for a combined beer dispensing cooler and lawn chair, as shown.” 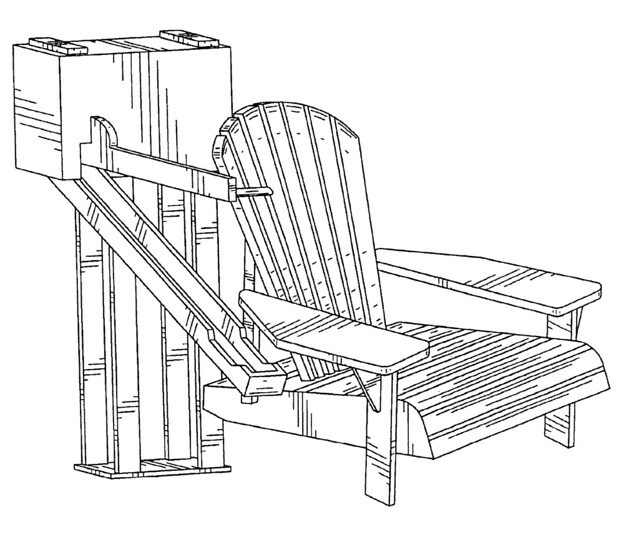 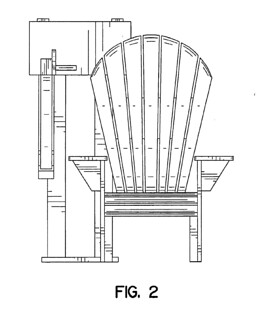 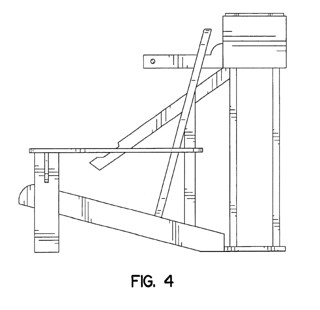 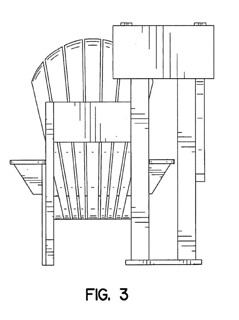 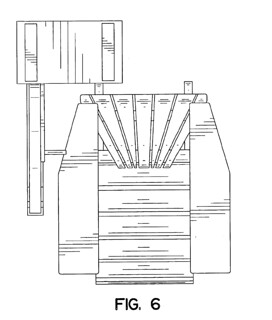 My first thought was this had to be a promotional item that Labatt used for some sales campaign. And, in fact, that’s what it was used for. I found a picture of the finished product, which also included this caption:

This unit was designed to promote Labatt’s “Blueprint” advertising campaign which was centered around a series of beer dispensers. This chair was featured on ABC’s“Good Morning America”, a nationally broadcast television show, as one of the “Best Gadgets For Your Life”. The cooler keeps 12 cans of beer ice cold while storing one can in a chilled holding pen. When the handle is pushed it releases the can in the holding pen and reloads itself.

And the Global Marketing Group of Fair Lawn, New Jersey, a marketing display company, currently lists the chair in their catalog under Unique Solutions. So you could still get your own beer can chair, if you really, really wanted one. 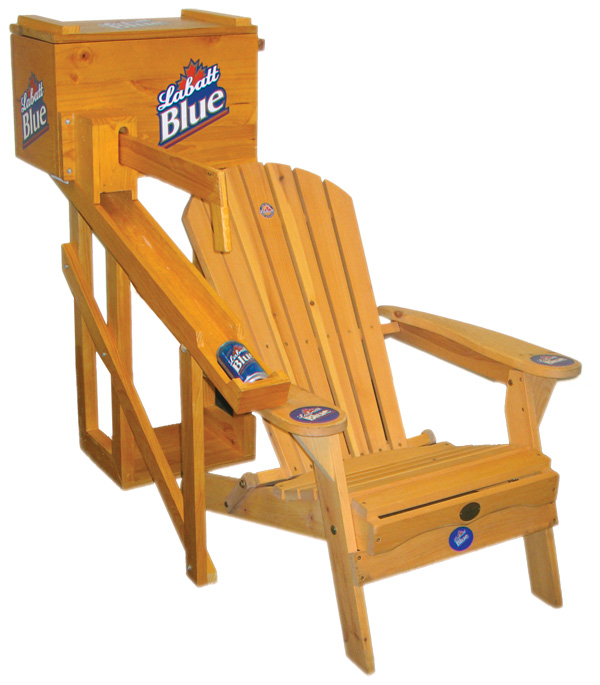