Thursday’s ad is for Stella Artois, from fairly recently, around 2000 I think, although it’s meant to look more vintage. From the late 1800s until the 1980s, poster art really came into its own, and in Europe a lot of really cool posters, many of them for breweries, were produced. I’ve been posting vintage European posters all last year and will continue to do so in 2020. This poster was created for Brouwerij Artois, which began brewing their popular Stella Artois in 1926. A brewery existed on the same site in Leuven, Belgium, since at least 1366, and in 1708, Sebastiaen Artois became the brewmaster for what was then known as the Den Hoorn brewery. Nine years later, in 1717, he bought the brewery and renamed it the Artois brewery. In 1988, they were a founding member of InterBrew, which went on to gobble up other breweries and today is known as Anheuser-Busch InBev. This poster was created as part of a series by American artist and illustrator Robert E. McGinnis, who “is known for his illustrations of more than 1,200 paperback book covers, and over 40 movie posters, including Breakfast at Tiffany’s (his first film poster assignment), Barbarella, and several James Bond and Matt Helm films.” He’s a favorite of mine, especially for his Bond posters and his sixties pulp covers, and you can learn more about him at his official website and the American Art Archives. This one is also a little odder than the others, in much the same way as yesterday. It looks almost exactly the same, except they all look Indian, and I suspect this ad was aimed at that market. But in place of the train, now there’s a strange looking box that appears like an elevator. What happened to the train and wh was it replaced with an elevator? Inquiring minds want to know.

Those of you who’ve been in the beer world for a few decades will no doubt remember the tumultuous period around 1997 when Vijay Mallya, and his UB Group, which also owns the Indian beer Kingfisher, started buying up breweries. They picked up Nor’Wester Brewing first, along with a few others, and UB Group consolidated their U.S. holdings under the name “United Craft Brewers, Inc.,” or simply “United Craft.” The first five included Nor’Wester Brewing Company of Portland, OR; Aviator Ales of Woodinville, WA; Mile High Brewing of Denver, CO; Bayhawk Ales of Irvine, CA; and North Country Brewing of Saratoga Springs, NY. United Craft later added Mendocino Brewing Co. of Hopland, CA and Humboldt Brewing of Arcata, CA, and then Carmel Brewing of Carmel, CA. United Craft lists a Sausalito address, which is coincidentally where owner Vijay Mallya also built a multi-million dollar home. But essentially only Mendocino Brewing remains of the breweries as a viable brand, although Humboldt was sold off.

I remember when UB initially bought Mendocino Brewing and Mallya began visiting their distributors. He would attend distributor meetings with an actual entourage, including bodyguards, which was not exactly endearing to anybody. Within a short time the Mendocino brand, which had been very successful locally, began to fall precipitously. It’s never really recovered, though they do quite a bit of contract brewing out of their Ukiah facility. Mallya has a fairly ruthless reputation for his business practices, and I’ve spoken to at least two people who’ve done business with him in other industries who’ve had nothing flattering to say about the way he conducts himself, so the news being reported by the Drinks Business came as no surprise, except perhaps as to why it took so long. Undoubtedly, there, as here, the rules for billionaires are different than it is for you and me.

According to Drinks Business report, “Indian authorities have issued an arrest warrant against Vijay Mallya, the former head of United Spirits, just days after freezing his passport.”

The warrant was issued on the “third strike and out” practice of the Indian Enforcement Directorate (ED) when the colourful former tycoon failed to appear at the third time of asking at a Mumbai court to answer allegations of misuse of funds loaned to his Kingfisher Airlines by a state-owned bank, IDBI.

This is one of 17 Indian banks seeking to recover some $13 billion from Mallya. Last month they rejected his proposed scheme to repay $600 million.

It is alleged that Mallya used part of the $134m loan from IDBI to buy properties overseas. The airline, which was never profitable, collapsed into bankruptcy in 2012 with debts approaching £1bn.

Mallya has consistently denied impropriety and his private holding company, UB Group, said that the full loan, including up to $65m alleged to have been diverted to Mallya’s personal use, had been “used for legitimate business purposes only”.

The statement said that the arrest warrant was “erroneous and unjustified”.

Mallya, who is thought to be in Britain, has been ordered by India’s supreme court to disclose all his assets to the authorities. 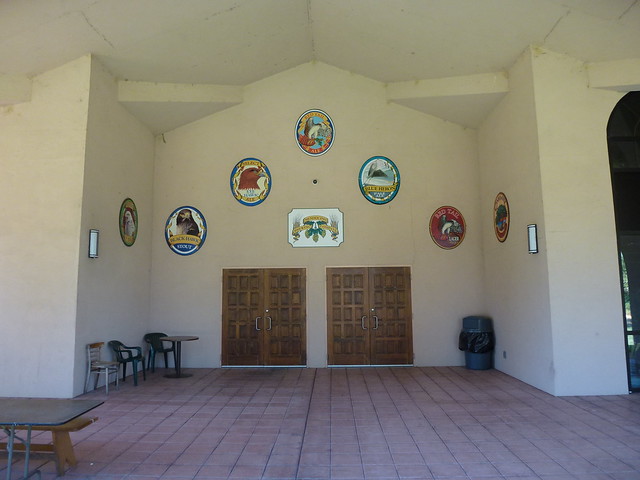 Inside the newer Mendocino brewery in Ukiah.

Today’s infographic is all about Beer in India, showing several data points about India’s brewing industry and beers. It was created by Start Up Media, and I chose it for today because it’s the start of Ganesh Chaturthi, the Indian elephant god festival.

Today’s infographic was created by Damayanti Chakravarty of Mumbai, India. What Really Goes In To Beer Making is part of a larger work, a “foldable pocket-sized infographic” called Know your Beer! Today in 1947, India gained their Independence from the United Kingdom.

Beverage Alcohol Labeling Requirements: Labels must include the following information: Name, trade name, or description of the product, Net weight and gross weight, Date markings, including shelf life of the product and/or expiration dates, Special instructions for storage or use, Bar codes (if applicable) are issued by EAN (European Article Numbering) at New Delhi, Market retail price, including taxes, duties, transportation, Distinctive batch, lot, or code number, and Month and year the product was manufactured or packed Prohibition: In some states of India alcoholic drinks are banned, for example the states of Gujarat, Nagaland and Mizoram. Certain national holidays such as Independence Day and Gandhi Jayanti (birthdate of Mahatma Gandhi) are meant to be dry days nationally. The state of Andhra Pradesh had imposed Prohibition under the Chief Ministership of N. T. Rama Rao but this was thereafter lifted. Dry days are also observed on voting days. Prohibition was also observed from 1996 to 1998 in Haryana. Prohibition has become controversial in Gujarat following a July 2009 episode in which widespread poisoning resulted from alcohol that had been sold illegally. All of the Indian states observe dry days on major religious festivals/occasions depending on the popularity of the festival in that region. These dry days are observed to maintain peace and order during the festival days.