You are here: Home / Events / We Want Beer Parade

You’ve undoubtedly seen the photographs or men marching through the streets carrying signs that read “We Want Beer.” The parade, held on May 14, 1932, was organized by the city’s mayor, Jimmy Walker, and was originally called the Beer for Taxation march, although it quickly became known more popularly as the “We Want Beer!” parade. Mayor Walker was a flamboyant showman, but prohibition was also making life difficult for New Yorkers. The criminal element took over the sale and distribution of illegal alcohol and something like 400 murders each year were attributed to bootleggers and gangsters in New York. And the increased crime was harder to combat because of the city’s lost revenue from various alcohol taxes, which forced the mayor to dramatically reduce both his police and fire departments. There was also rampant unemployment as the nation was in the throes of the Great Depression. 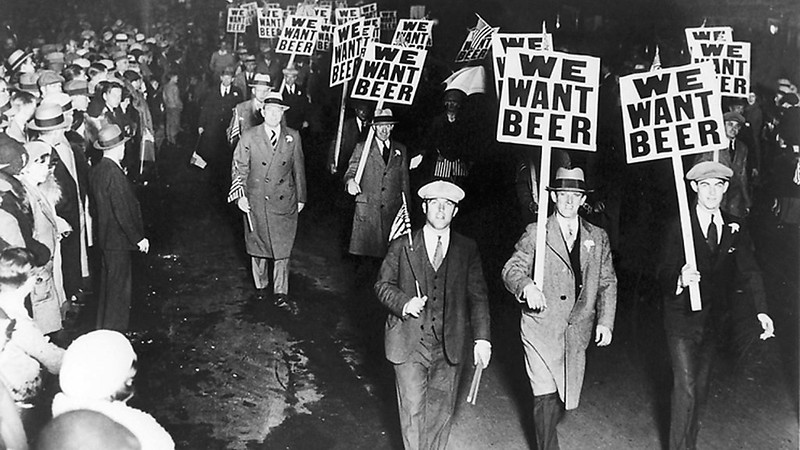 This is the iconic photo of marchers in the We Want Beer parade.

The photo above shows marchers at night, which may be surprising, but the parade actually lasted all day long, and continued into the evening. 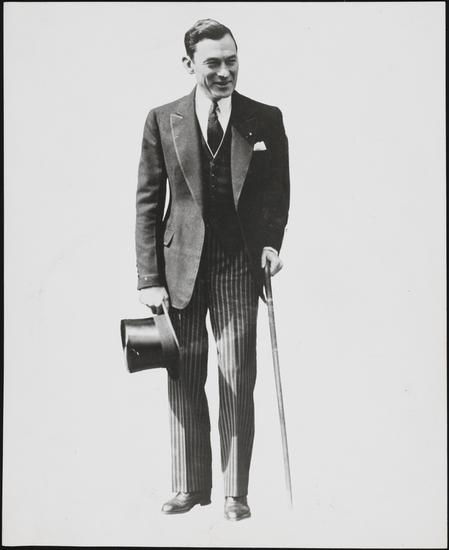 Mayor Walker gave a speech in the evening over station WEAF of the National Broadcasting Company, in which he challenged the opponents of his “Beer for Taxation” plan to produce any other form of taxation that would be “less of a burden upon people already overburdened with taxation.” 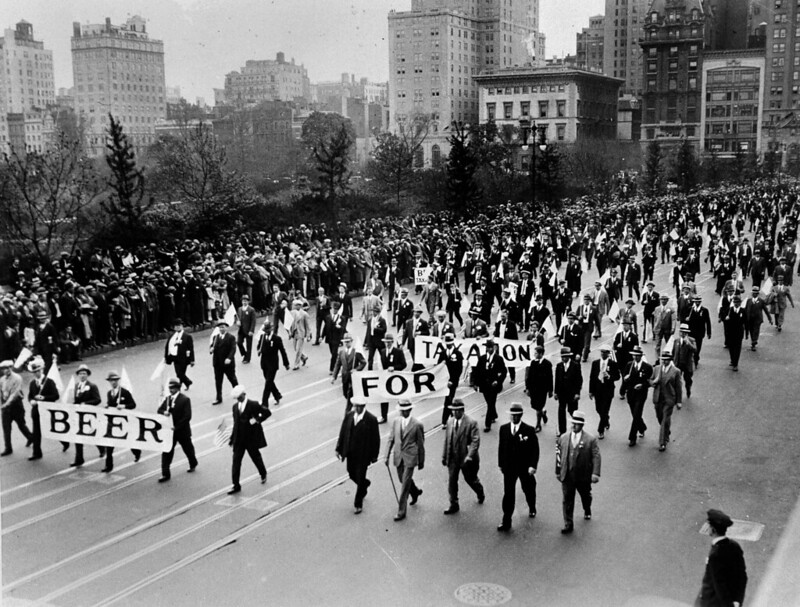 The parade began down Fifth Avenue from 80th Street in Manhattan, “with picket signs, in costume, and cars festooned with slogans. The marchers went west on 59th Street and back north on Central Park West, parading into the night,” with Mayor Jimmy Walker, “dapper in his derby and suit (and about to be brought up on corruption charges before resigning as mayor), led the procession.” Within the month, other cities held similar parades. 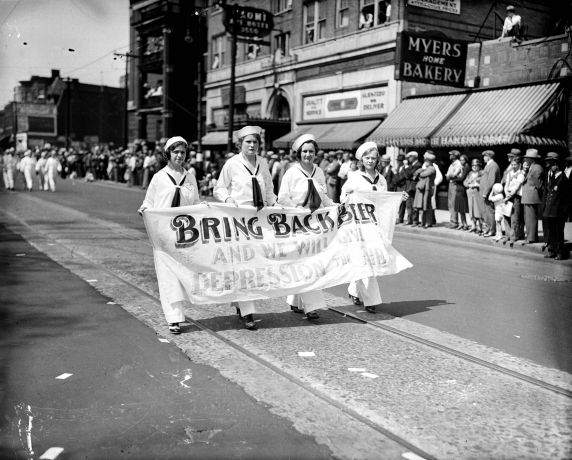 “Interestingly, at noon, the marchers paused for a minute of silence in honor of Charles Lindbergh Jr., whose body was found dead in woods in New Jersey two days earlier.” 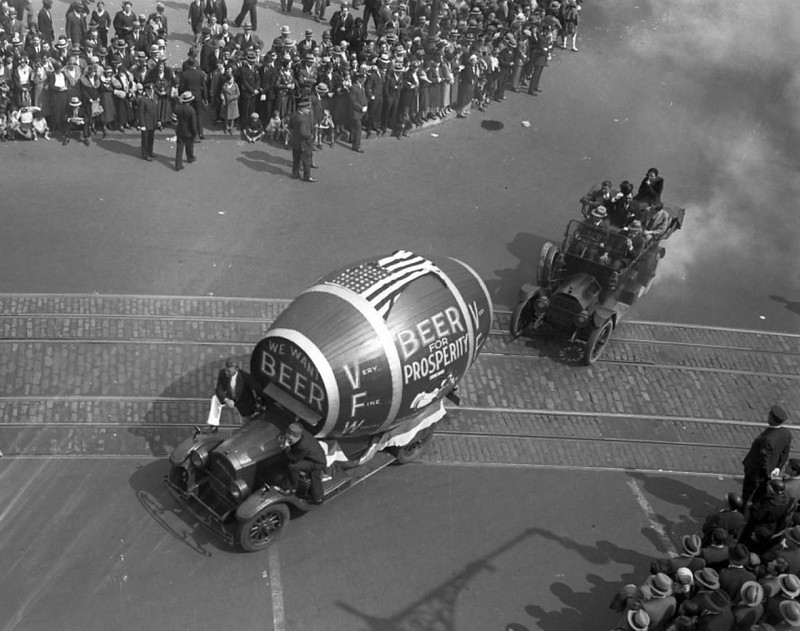 It started as a fairly small protest, but quickly swelled to an estimated 100,000 marchers (and some accounts put that number closer to 150,000). One of the slogans they chanted was “Beer for Prosperity” and they also chanted the call and response “Who wants beer?” followed by “We Do!” 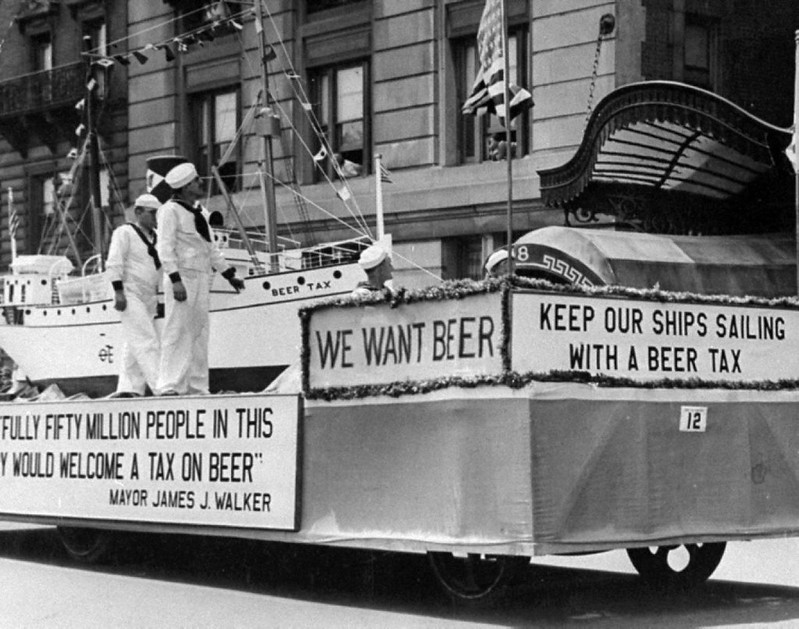 Today I Found Out also has an account of the parade, including:

When Congressman Emanuel Celler heard about the event, he said he’d come and bring a bunch of friends. You’d be able to pick him out in the crowd by the two signs he’d be holding: “Never Say Dry” and “Open the Spigots and Drown the Bigots.” The Veterans of Foreign Wars, the American Legion and the Grand Army of the Republic (a group of Civil War veterans) also turned out to march in the parade. Students and society matrons also joined the fray. 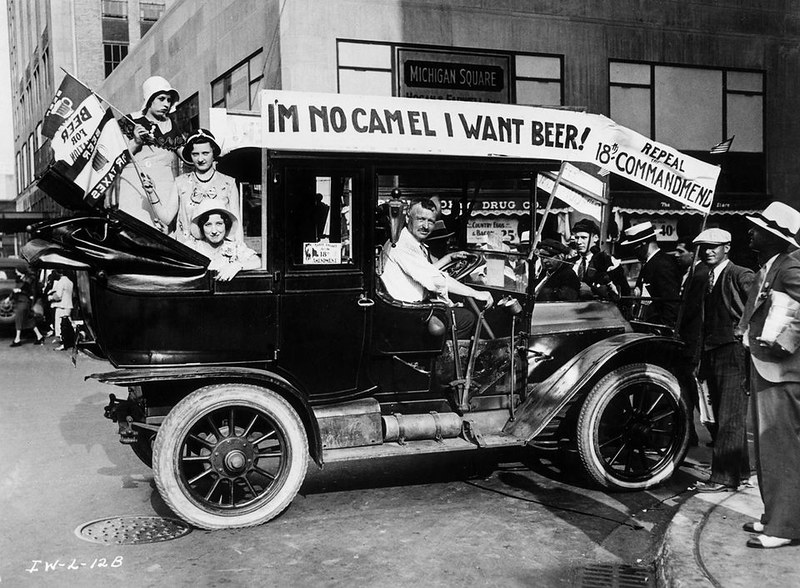 They even created a souvenir program for the parade. 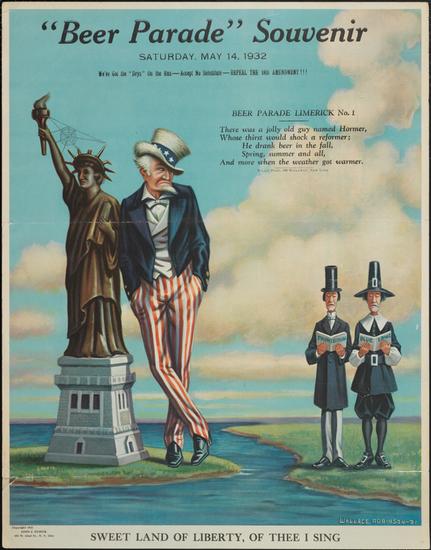 And Steuben Taverns created a hanger to put on your car’s rear view mirror. 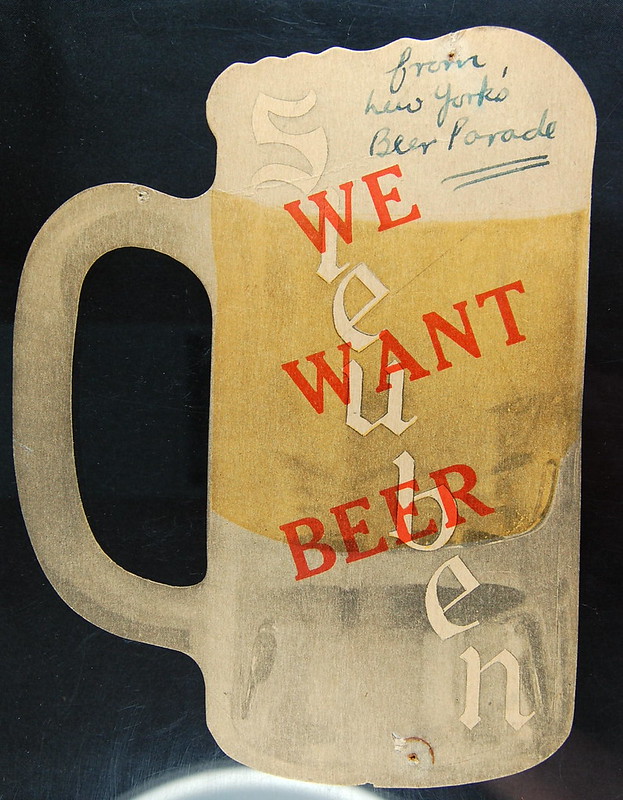 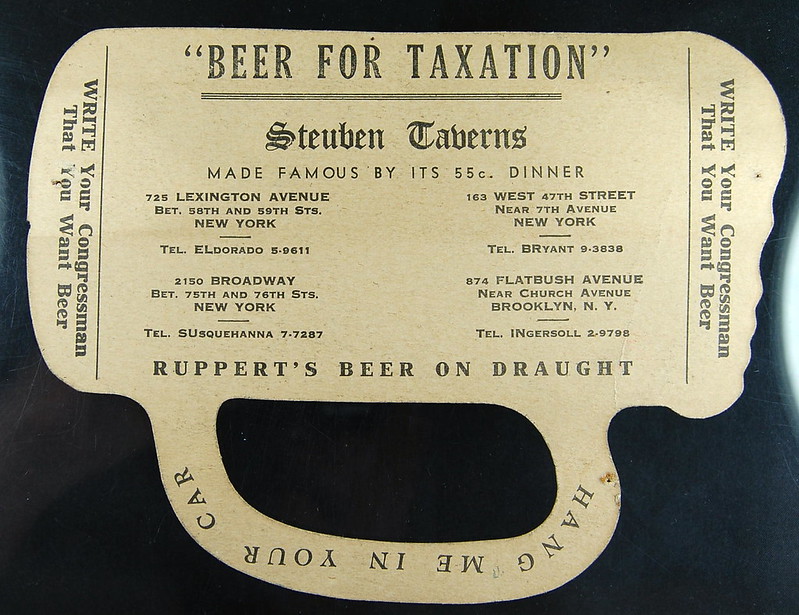 And to get a sense of the parade itself, here is a video from the event.