Wednesday’s ad is for Ballantine Ale from, I’m guessing, the later 40s or early 50s. Showing a couple dressed up in their finest haute couture, the woman in a stunning blue cocktail dress and the gentleman in a tuxedo with tails. They’re toasting something pretty important by the looks of it, the confetti at their feet suggesting possibly New Year’s Eve. But it’s not champagne in their glasses, but Ballantine Ale. Because, according to the tagline; “Ballantine Ale begins where other brews leave off … in flavor … in satisfaction!” I also love the throwaway line toward the bottom. “The LIGHT ale that’s strong on flavor.” 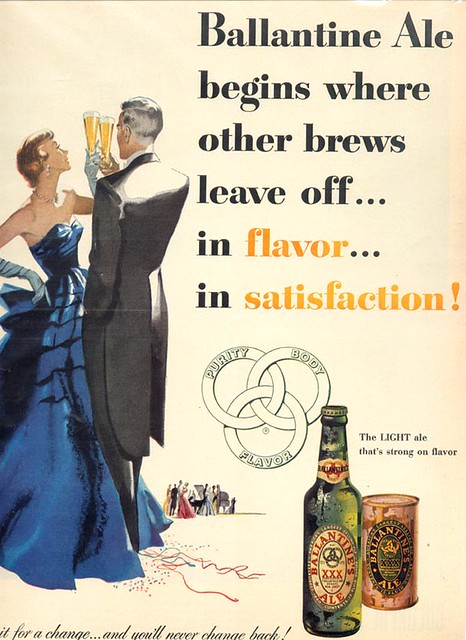