Today in 1938, US Patent 2140187 A was issued, an invention of James Kantor, assigned to the Liquid Carbonic Corp., for his “Bottle Filling and Gassing Machine.” There’s no Abstract, although in the description it includes this summary:

As a matter of fact, in the bottling of beer, if the air content of the bottle, after it has-been crowned, is greater than two per cent, the deteriorating effect is decidedly noticeable.

It is one of the objects of my invention to provide a machine and method for filling bottles with beer and to fill the same in such a manner that the air content of the bottle after crowning is reduced to the In the apparatus and in the method in which I am able to fill the bottles, I am enabled to deliver filled and crowned bottles with approximately not more than four-tenths of one per cent of air. 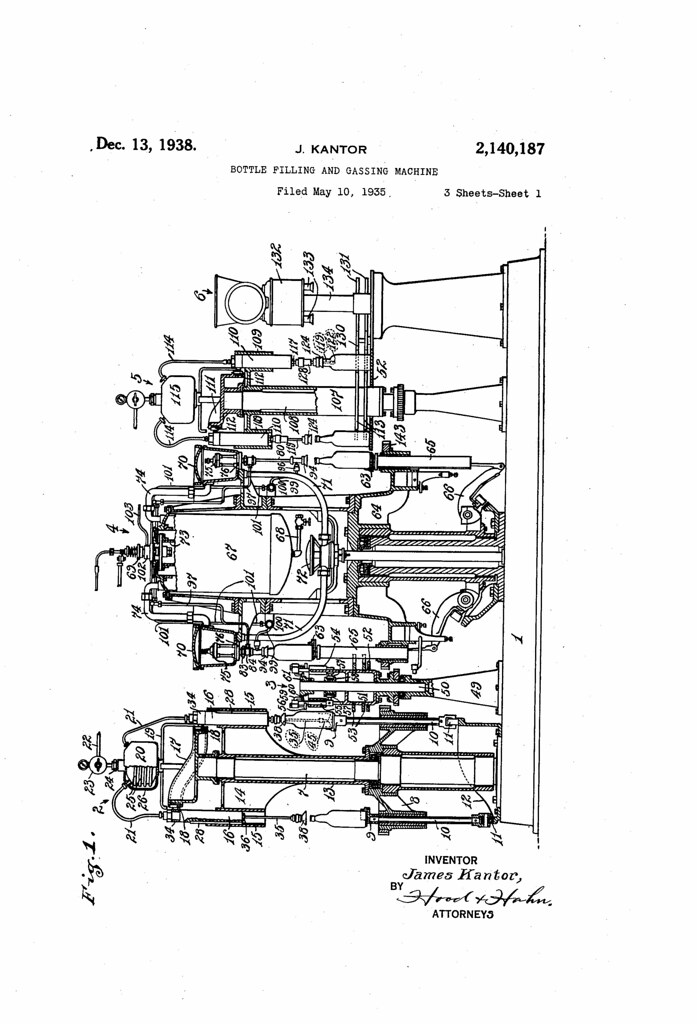 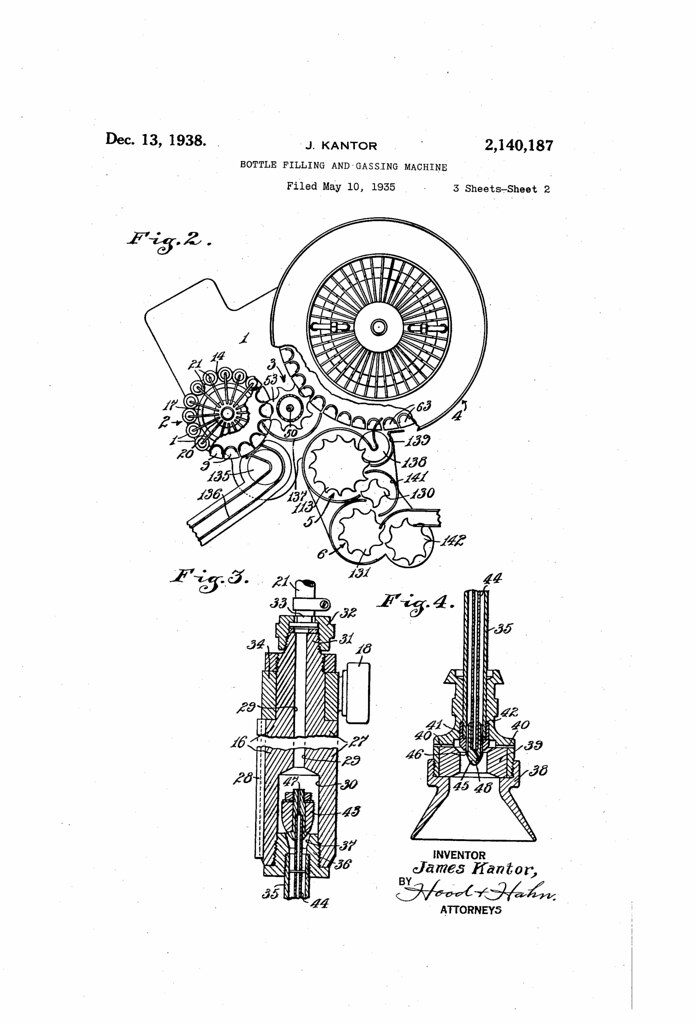 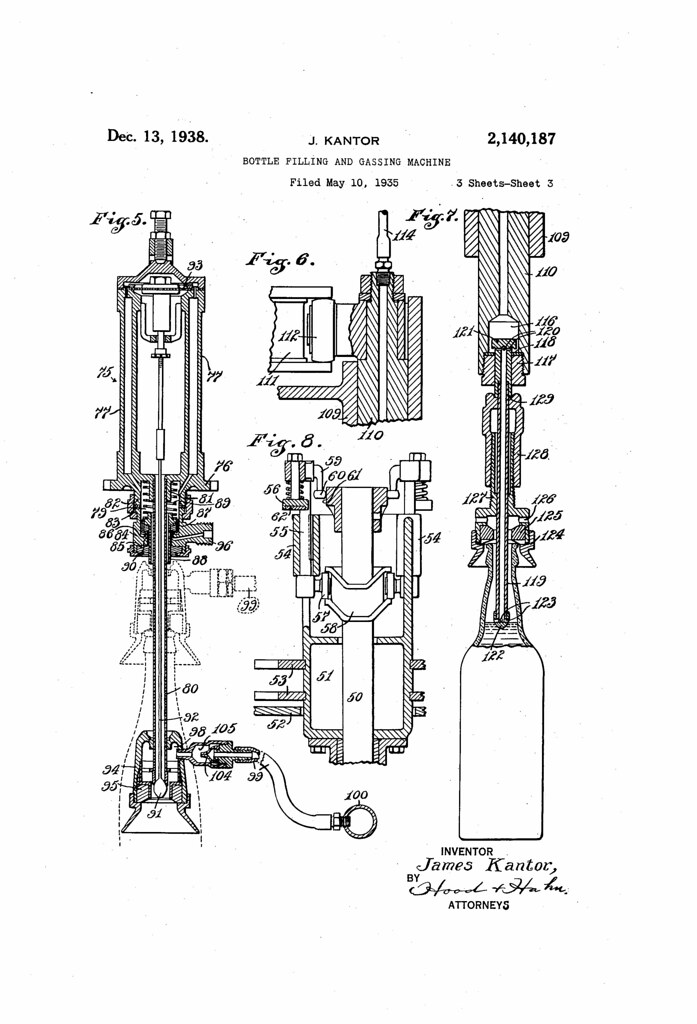