Today in 1963, US Patent 3102813 A was issued, an invention of George Frederick Bird and David Teignmouth Shore, for their “Processing Of Brewers’ Wort.” There’s no Abstract, although in the description it includes this summary:

This invention relates to the processing of brewers wort by either the batch method of operation or, more especially, the continuous processing method in which Wort is in continuous movement through the plant from the mashing stage, through the boiling stage and the hopping stage to the fermentation stage, the wort being converted during the movement from sweet Wort to hopped wort. In such a method, the hopped wort is at present clarified or filtered before reaching the fermentation stage without serious loss of valuable wort constituents.

Broadly stated, the present invention consists in effecting a filtration of the wort by causing that wort to flow through a hop bed which is quiescent so that it operates as a filter bed as well as ensuring the extraction of valuable hopping substances. 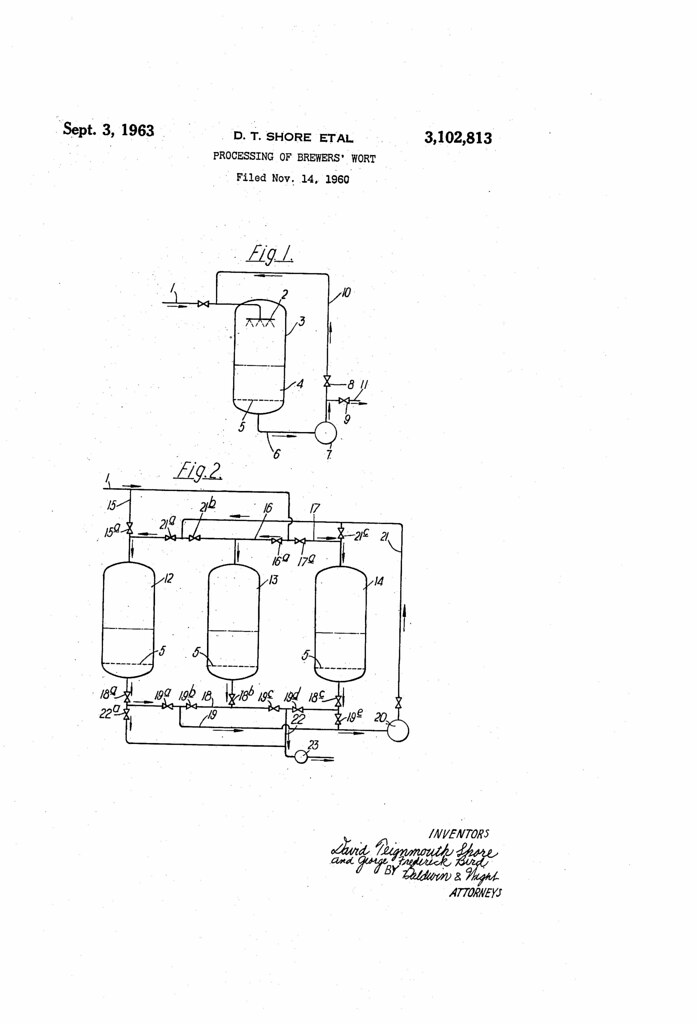