Today in 1899, US Patent 637738 A was issued, an invention of Jacob Elmer Ludwig, for his “Device For Handling Beer Barrels.” There’s no Abstract, although in the description it includes these claims:

This form of device is intended for use with kegs or barrels containing dry contents and to accommodate barrels or kegs containing liquids. The turn-rod 28 is supplied with an inner disk, as shown by Fig. 7, which is secured to the head of said barrel or keg. In Fig. 8 a further modification is shown, and consists of a series of arms 32 on the turn-rod 28 and having outer angular ends in which set-screws 327 are mounted and adapted to take over the end of a barrel or keg and the set-screws caused to engage the body of said barrel or keg ahead of an end hoop, and there by provide a means of securement. The last device set forth can be used alone or in combination with the other devices. Of course the barrel or keg is permitted by all the devices to have a free rotatable movement, which is Very desirable. When the said holding arm 26 is arranged against the end of a barrel or keg, the flat links 24 are positioned as shown in Fig.2, the joints of said links being so constructed as to prevent them from being thrown forward beyond a predetermined point and the rearmost link from being depressed below the horizontal plane of the next link to which it is attached. 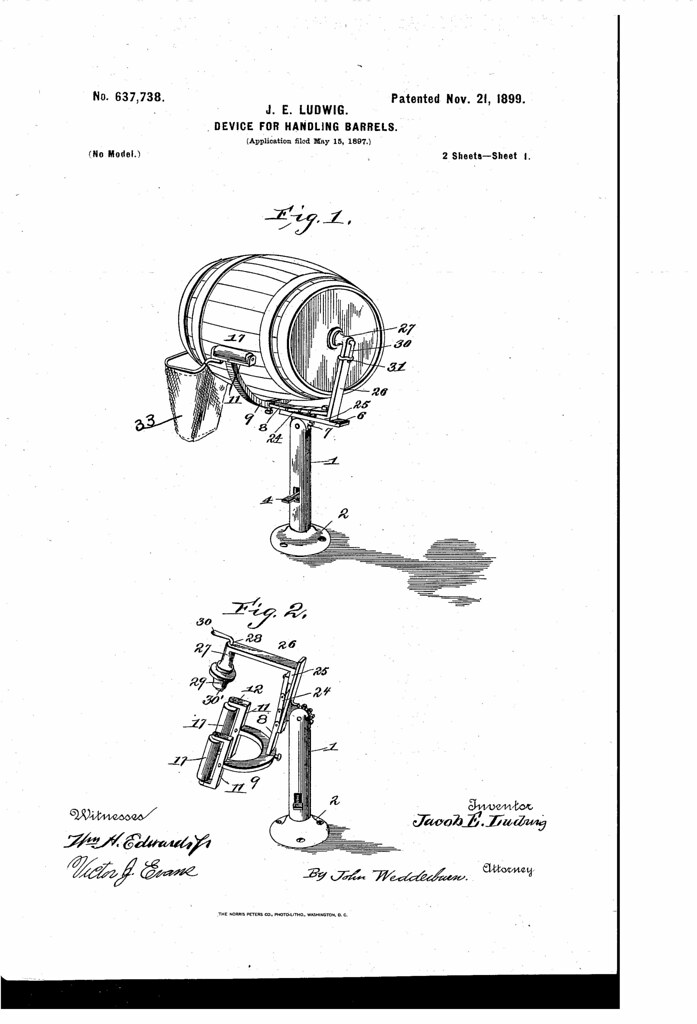 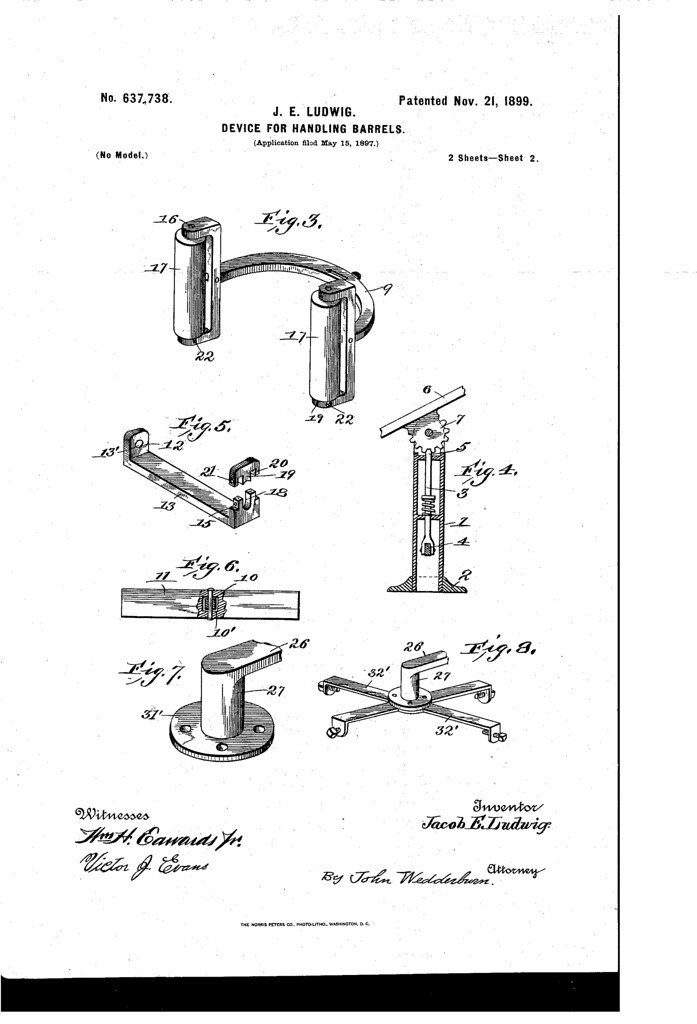