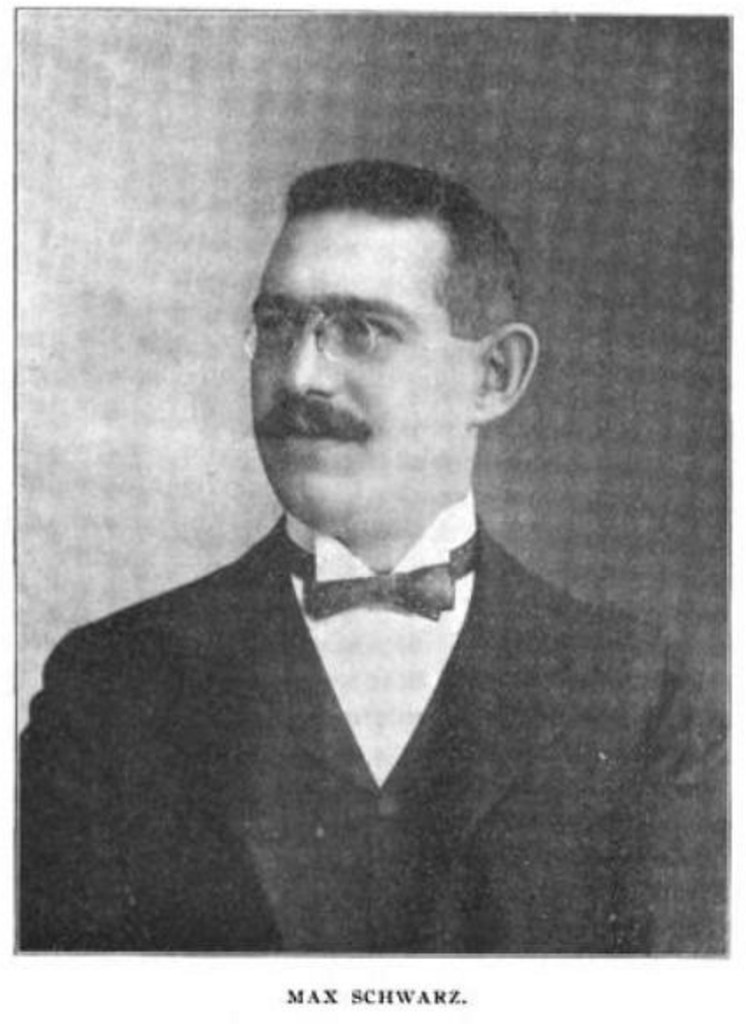 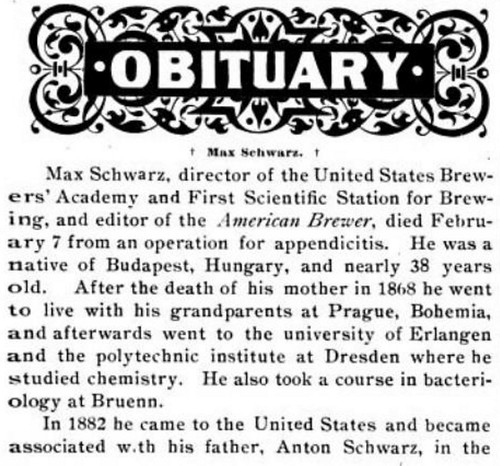 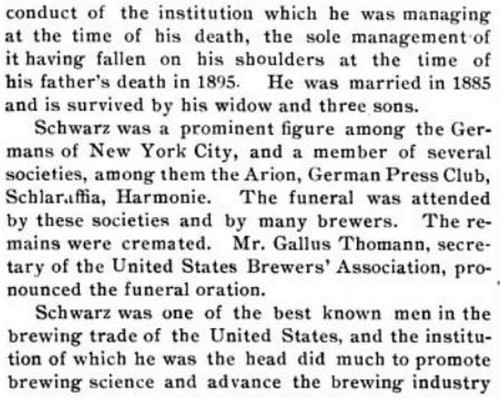 Today is the birthday of Jacob Woolner (July 24, 1834-March 23, 1909). He was born in Szennitz (or Szeged), Hungary (although one source says Budapest) but settled initially in Vienna, Austria, where he married. In 1873, he emigrated to the United States, and ended up in Peoria, Illinois. In 1886, he co-founded the Union Brewing Co. with his brother-in-law Sigmund O. Mitler. It closed in 1920 due to prohibition, re-opening briefly as the Peoria Brewing Co. in 1934 but closed for good in 1940.

This is his obituary from his unexpected death in 1909.

Today is the birthday of Sigmund O. Mitler (June 18, 1850-October 18, 1896). He was born in Trnava, Slovakia, which was formerly Srenitz, Hungary. He was initially a banker, and was the director of the Anglo-Hungarian Bank in Vienna, but after emigrating to the United States around 1884, and settling in Peoria, Illinois, he co-founded the Union Brewing Co. with his brother-in-law Jacob Woolner in 1886. It closed in 1920 due to prohibition, re-opening briefly as the Peoria Brewing Co. in 1934 but closing for good in 1940.

I couldn’t find out much else about Mitler other than he worked as the general manager and treasurer of the brewery until the day he died.

Although not exactly relevant, when he was 30 he married Ernestine Sternberg Mitler, who had a fondness for big hats.

Monday’s ad is for Dreher Sörgyárak, from 1930. From the late 1800s until the 1960s, poster art really came into its own, and in Europe a lot of really cool posters, many of them for breweries, were produced. This poster is for Dreher Sörgyárak, one of the Dreher Breweries, this one was in Budapest, Hungary. Today’s it’s owned by Asahi Breweries. The poster was created by Hungarian painter and graphic designer Sándor (Alexander) Bortnyik.

Saturday’s ad is for Budweiser, from 1914, No. 10 in another series they did in 1914-15 called the “National Heroes Series.” The tenth, and final, one features Lajos Kossuth, who “was a Hungarian lawyer, journalist, politician and Governor-President of the Kingdom of Hungary during the revolution of 1848–49. With the help of his talent in oratory in political debates and public speeches, Kossuth emerged from a poor gentry family into regent-president of Kingdom of Hungary. As the most influential contemporary American journalist Horace Greeley said of Kossuth: “Among the orators, patriots, statesmen, exiles, he has, living or dead, no superior.” Kossuth’s powerful English and American speeches so impressed and touched the most famous contemporary American orator Daniel Webster, that he wrote a book about Kossuth’s life. He was widely honored during his lifetime, including in Great Britain and the United States, as a freedom fighter and bellwether of democracy in Europe. Kossuth’s bronze bust can be found in the United States Capitol with the inscription: “Father of Hungarian Democracy, Hungarian Statesman, Freedom Fighter, 1848–1849.” 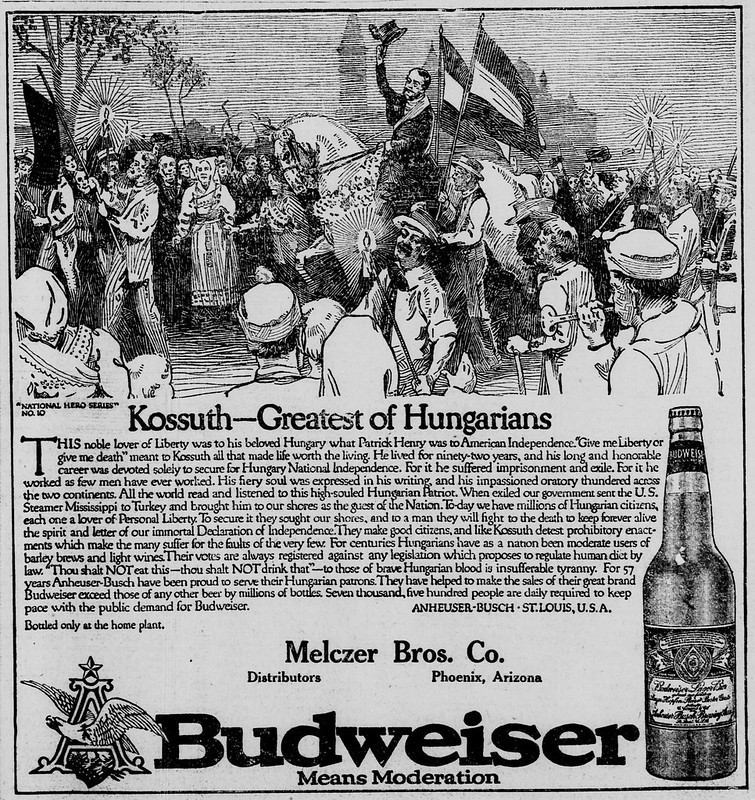 Monday’s ad is from Részvény Serfözöde, a Budapest, Hungary brewery. The illustration was done by Paul Foldes. I’m not entirely sure when it was done. I chose it because today is Memorial Day, and the idea depicted that beer could end a war is an attractive one. I believe the scene’s supposed to be during World War I. And below is a detail of the artwork from the ad.