You are here: Home / Beers / Megan Fox For Brahma Beer

Today I saw in the UK Sun that American actor Megan Fox is doing ads for Brahma, the Brazilian Budweiser, an especially accurate association since Brahma is part of Anheuser-Busch InBev. Why do we care? We don’t, but I’m game to look at a couple of ads with Megan Fox in them. Isn’t that why advertisers chose her? Of course, it’s still a tasteless, flavorless beer.

As Mais Gostosas do Carnival (The Hottest Carnival) 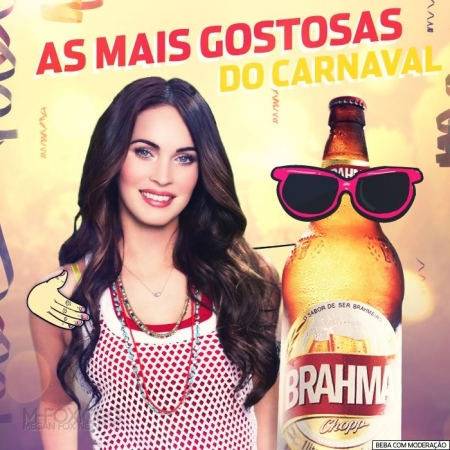 Is it just me, or does that beer have his arm around Fox? Is the beer wearing sunglasses because he doesn’t want to be seen with Megan Fox? 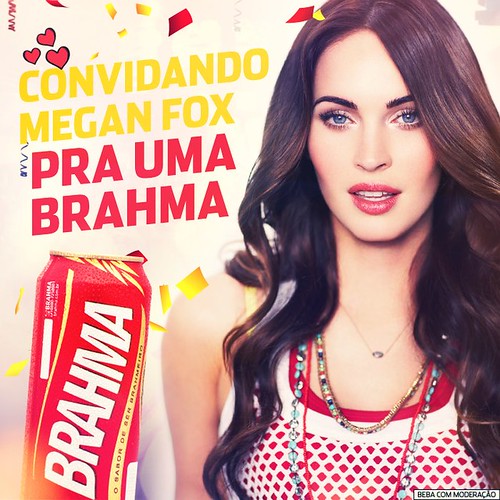 And here she is going off to have a picnic. According to the Sun, she’s flying down to Rio to do a commercial and pose for some more ads. 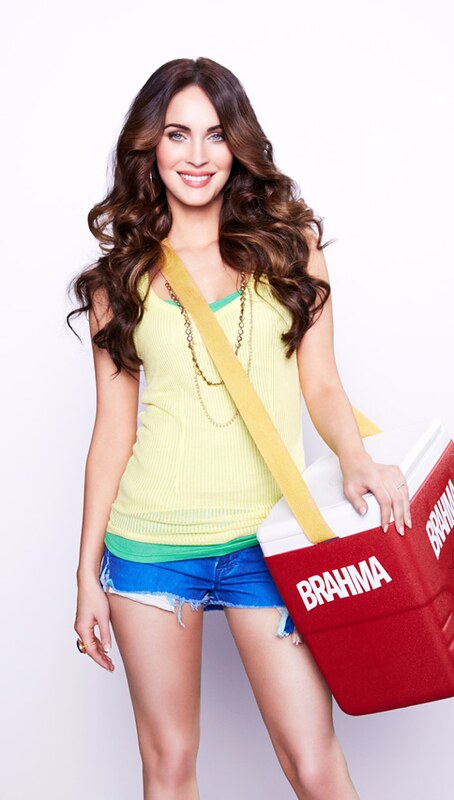 Although humorously enough, a few years ago the hipster appeared more partial to Pabst Blue Ribbon. This was taken by paparazzi in 2009. Ah, sex and beer. What’s not to love. It seems to me, the big brewers follow a variation of the old lawyer’s adage. “When the law is on your side, argue the law. When the facts are on your side, argue the facts. When neither the facts nor the law are on your side, make an ad hominem attack.” In the brewer’s world it’s more along these lines. “When the beer tastes good, promote the beer. When the brewery has personality, promote the brewer. When the beer has neither, promote a celebrity, a cartoon, or both.” 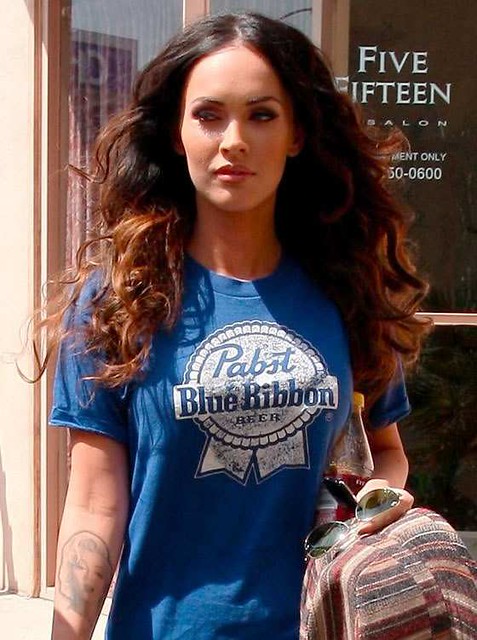