Today in 1872, US Patent 132574 A was issued, an invention of Charles C. Haley, for his “Improvement In The Manufacture Of Beer, which in the application he names his improved beverage “California Pop Beer.” There’s no Abstract, although this is such an interesting one that I’m showing the entire application below, which also includes a recipe of sorts. 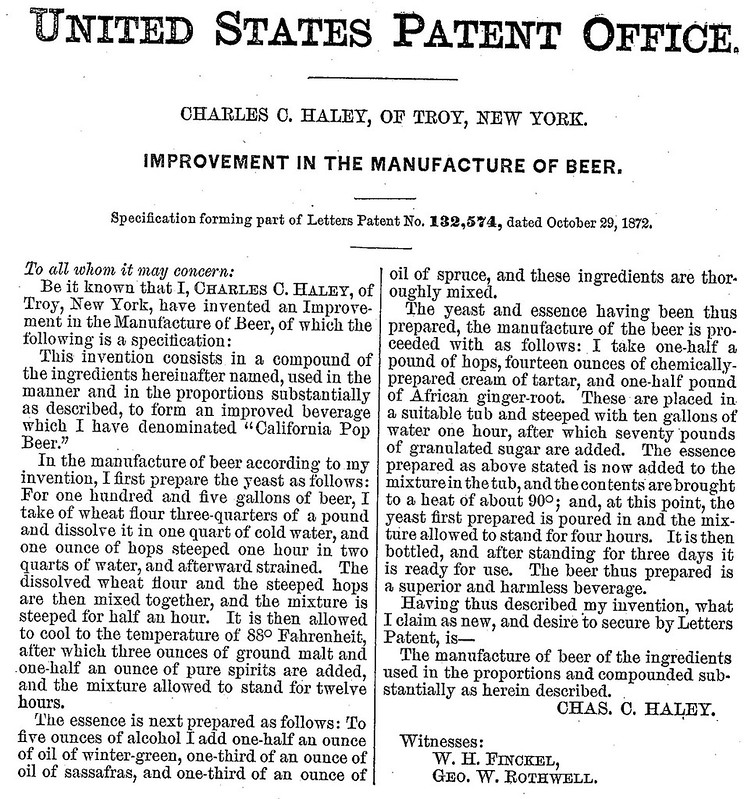 I think someone could probably make this beer, assuming homebrewers haven’t already taken up the challenge, even though it appears there is some general instruction, it seems like educated guesses would have to be made to fill in the unknowns.

This invention consists in a compound of the ingredients hereinafter named, used in the manner and in the proportions substantially as described, to form an improved beverage which I have denominated California Pop Beer.

In the manufacture of beer according to my invention, I first prepare the yeast as follows: For one hundred and five gallons of beer, I take of wheat flour three-quarters of a pound and dissolve it in one quart of cold water, and one ounce of hops steeped one hour in two quarts of water, and afterward strained. The dissolved wheat flour and the steeped hops are then mixed together, and the mixture is steeped for half an hour. It is then allowed to cool to the temperature of 88 Fahrenheit, after which three ounces of ground malt and one half an ounce of pure spirits are added, and the mixture allowed to stand for twelve hours.

The yeast and essence having been thus prepared, the manufacture of the beer is proceeded with as follows: I take one-half a pound of hops, fourteen ounces of chemically prepared cream of tartar, and one-half pound of African ginger-root. These are placed in a suitable tub and steeped with ten gallons of water one hour, after which seventy pounds of granulated sugar are added. The essence prepared as above stated is now added to the mixture in the tub, and the con tents are brought to a heat of about 90; and, at this point, the yeast first prepared is poured in and the mixture allowed to stand for four hours. It is then bottled, and after standing for three days it is ready for use. The beer thus prepared is a superior and harmless beverage.

It also appears that it was sold commercially, and must have been popular enough, since it’s often referred to as “Haley’s Celebrated California Pop Beer.” 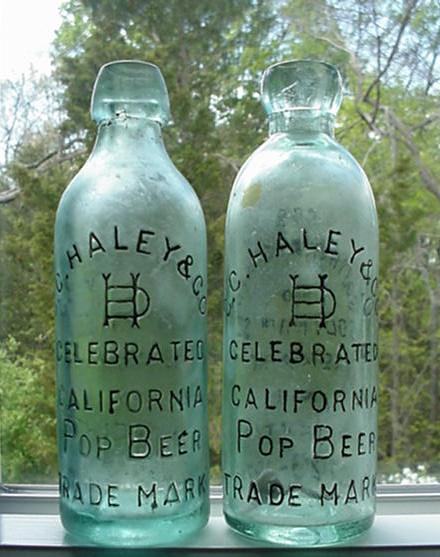 Of course, that could be an early form of advertising puffery. Haley himself was apparently from Troy, New York and so it seems likely his brewery, “C. Haley & Co.” was located there as well, although I’m on the road and don’t have my American Breweries II book for reference and nothing’s coming up online in a cursory search. There are, however, several examples of the name appearing on bottles, generally in the northeast, primarily from New York and New Jersey. 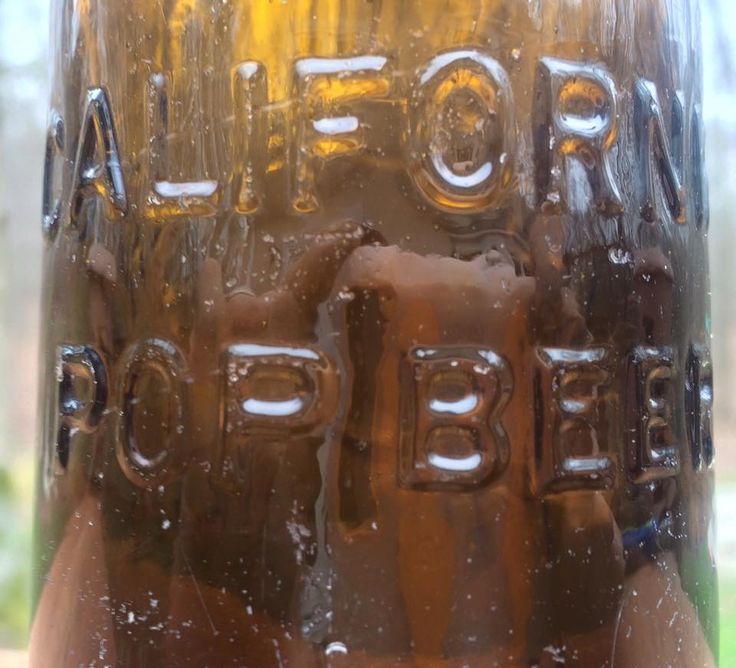 It seems curious that something not from California was named “California Pop Beer.” Was there some reputation California would have had at that time period that made naming the beer this way make sense?

Some bottles even include the date that the patent was approved. 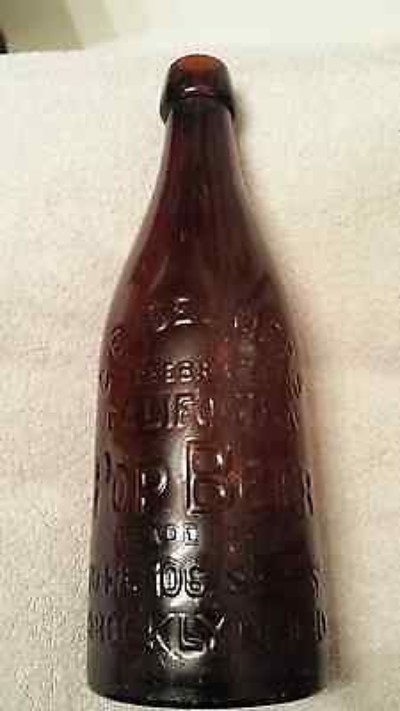 And seems clear that multiple breweries made “California Pop Beer,” as here’s one from Brooklyn. It was brewed by G.B. Selmers, located at “104 & 106 So. 8th St. Brooklyn, ED.” 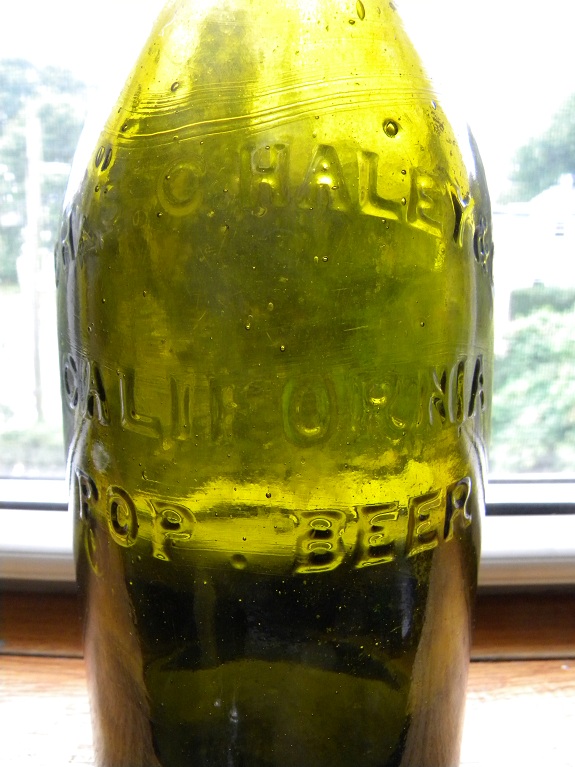 So who wants to step up and brew “California Pop Beer?” Maybe it should be someone actually in California this time?