Today in 1873, US Patent 141072 A was issued, an invention of Louis Pasteur, for his “Manufacture of Beer and Yeast.” There’s no Abstract, although in the description it includes this summary:

The following is a recapitulation of the essential features of this improved process: The wort is introduced in a iling state in the apparatus, on which a cover is then placed, or the cylinder may be entirely closed and communicate with the atmosphere only by means of the pipes, cocks, and long tubes with which it is provided. Boiling water is then thrown on the a paratns, after which it is allowed to cool with or without the assistance of cold water, during which time air or carbonic-acid gas is admitted by the long tube; but previous to this one of the plug on the cover is closed by unplug, through which passes a tube, terminating in an India rubber tube and glass stopper. Pure wort is then fermented by pure yeast, and, when sufficiently advanced, the contents are poured through the tube in the stopper of the pipe on the cover of the fermenting apparatus.

If there is a supply of pure yeast from the preceding operation this may be used, as in the ordinary processes, the vessel being inverted for the purpose, it’ necessary, after fermentation has commenced; but this might lead to great inconvenience at a subsequent period, although the use of pure yeast, manufactured according to this improved process, would of itself form a great improvement on the ordinary process.

With the aid of the microscope and the method of control, before indicated, the change of condition, which might arise under the latter modes of treatment, may bc readily ascertained; but one cooling apparatus be used or a few, only the wort being p 1;- into vets,- (pitched or varnished on the exterior, which are deprived of any germs of disease, either by the use of boiling water or by the recent applying of pitch on the interior. 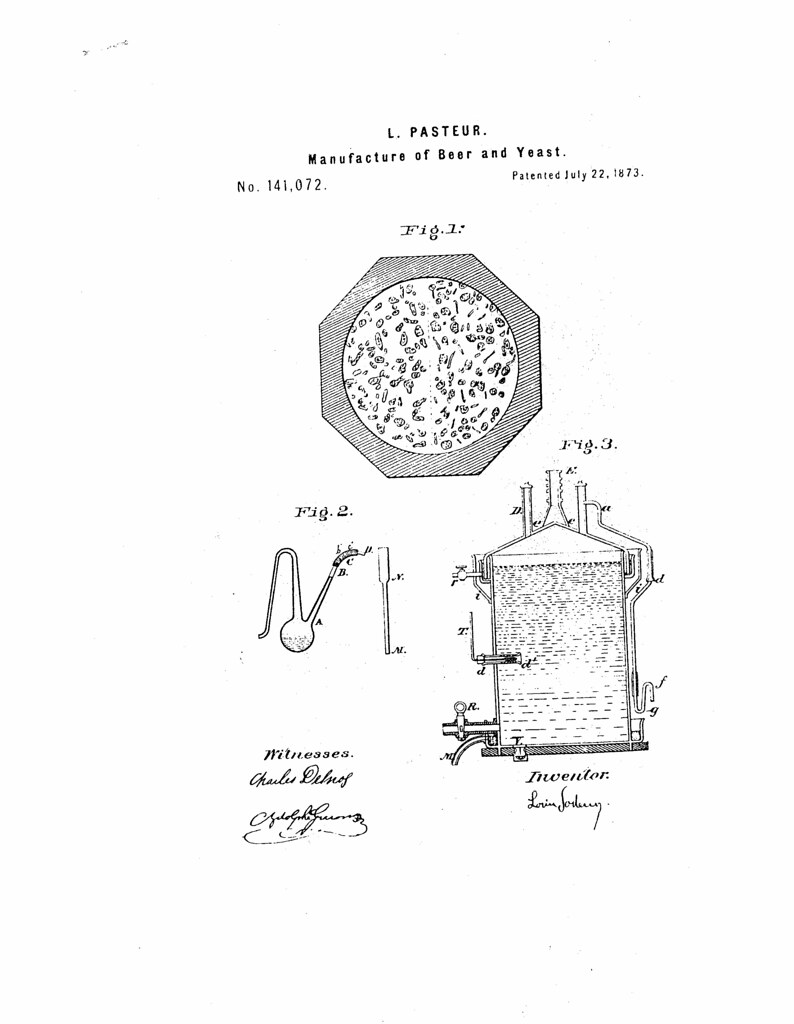