You are here: Home / Beers / Patent No. 2756917A: Valve For Counter Pressure Filling Apparatus

Today in 1956, US Patent 2756917 A was issued, an invention of John T. Kline, for his “Valve For Counter Pressure Filling Apparatus.” There’s no Abstract, although in the description it includes this summary:

My invention, while relating generally to apparatus for transferring gaseous liquids from a source of supply to containers, specifically relates to the rotary fiat valve employed by such apparatus and is specifically directed to the method employed in conveying the liquid and air or gas from the reservoir to the container. 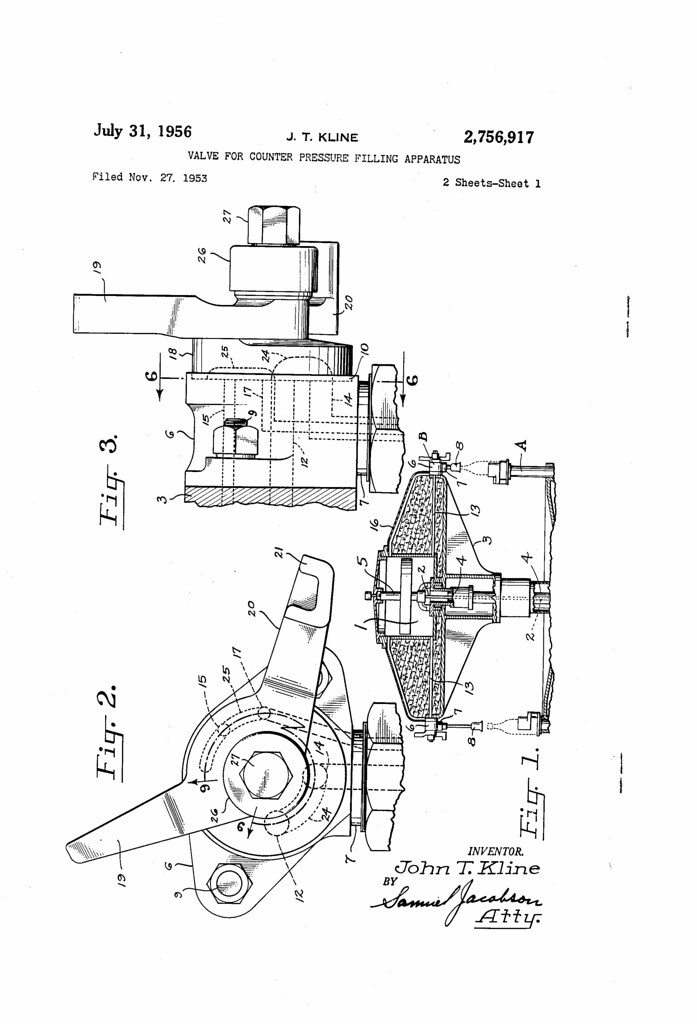 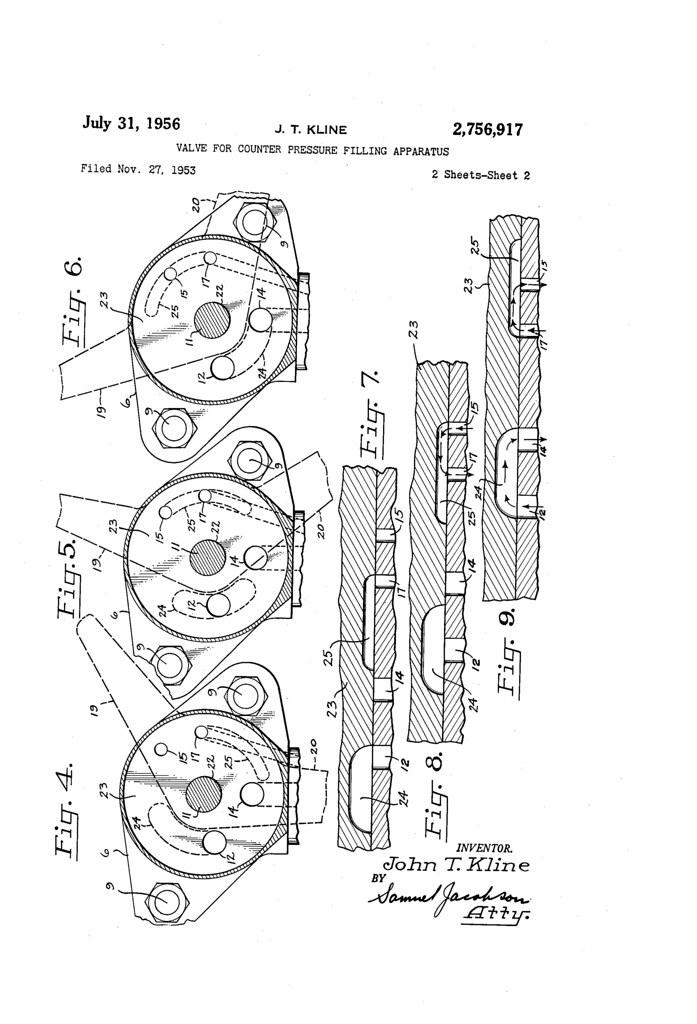