Today in 1956, US Patent 2868247 A was issued, an invention of Aloysius J. Feit and Sydney R. Weisberg, for their “Bottle Filling Apparatus.” There’s no Abstract, although in the description it includes this summary:

Among the principal objects of the present invention are: to provide bottle filling apparatus where the opening of a valve discharging fluid or other material into a lbottle is initiated by the depression of an actuator member by the bottle as it is positioned below a supply outlet controlled by the valve, where the valve is closed preferably automatically by an automatic timer and, under certain circumstances, upon operation of a manual switch, and where the valve is thereafter prevented from again opening until the bottle is removed from the actuator member and another bottle is moved against the same to depress the actuator member to begin a new filling cycle; to provide bottle filling apparatus of the type above described wherein, although the actuator member may be spring urged to an extended position, the actuator member is held in its depressed position at least during the actual filling operation so that the bottle need not he forced against the actuator member during the filling operation, making the system particularly suitable in the filling of very light bottles where the bottles would otherwise require an externally applied force to keep the bottles in the proper filling position against the actuator member; to provide bottle filling apparatus as just described wherein the aforementioned valve is an electrically controlled valve, such as a solenoid valve, which is associated with a control circuit which selectively provides for controlling the solenoid valve either through an automatic electric timer or a manual switch, and which becomes operative to control the valve after the aforesaid actuator member has been depressed to thereby provide flexibility of operation; to provide apparatus as just described wherein there is further provided during manual or timer operation a means for instantaneously shutting off the valve should this be desired for any reason, such as due to a malfunction in the control circuit or timer control circuit which fails to shut off the solenoid valve; to provide such apparatus where means is provided for readily shifting the position of the supply outlet so that the apparatus may be readily adapted for use with bottles of different sizes; and to provide such apparatus which is inexpensive to manufacture and is reliable in operation. 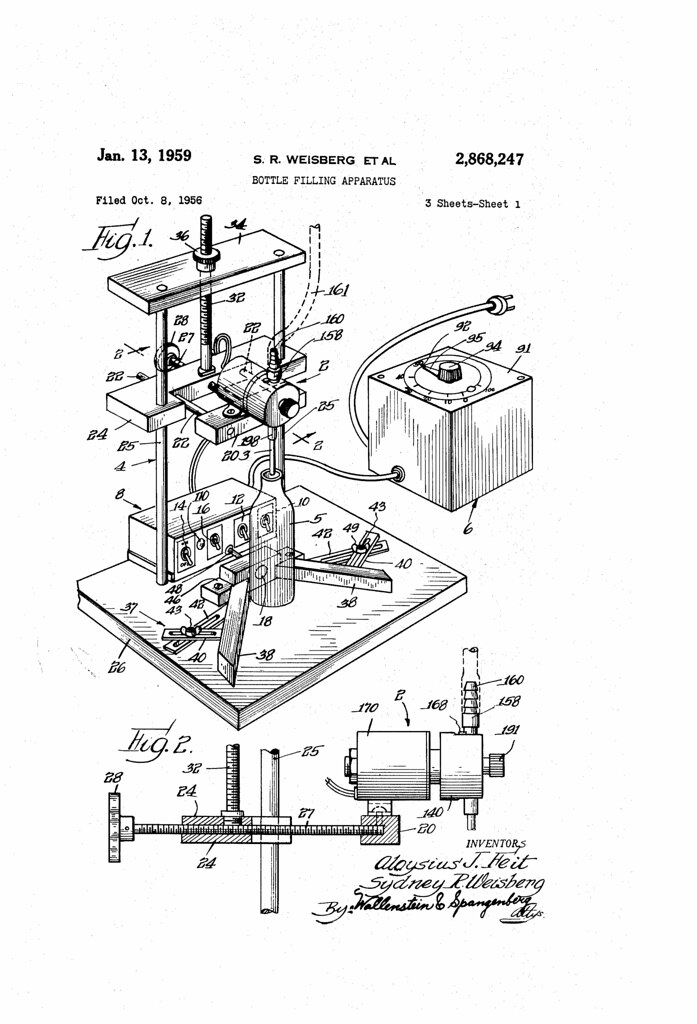 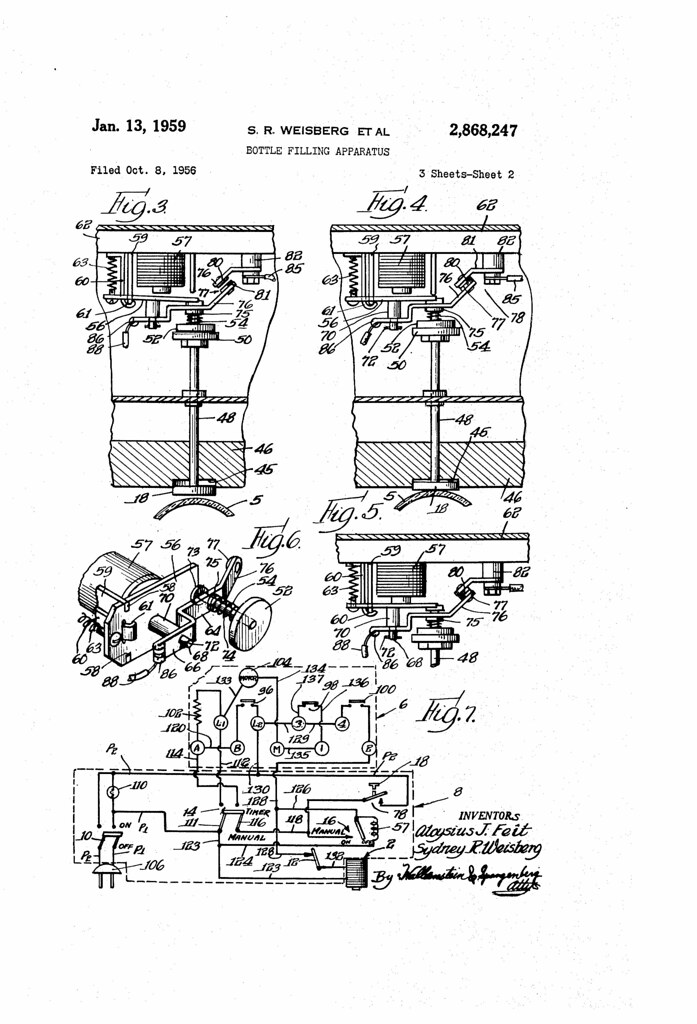 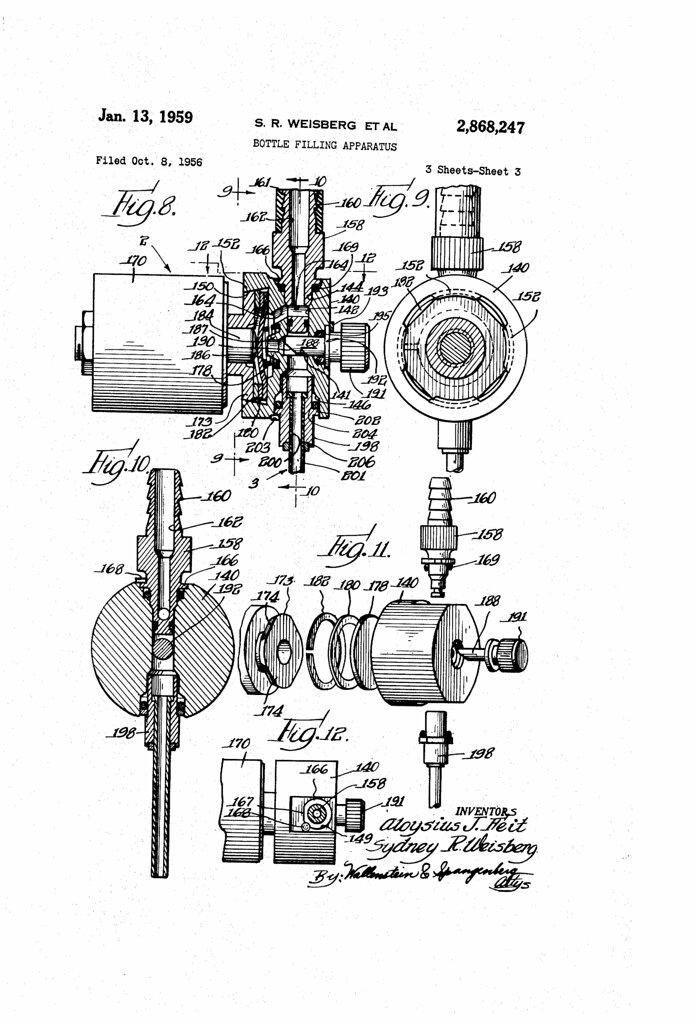