The third Saturday in July is “Railroad Day,” which I know not only because I collect holidays, but also because of my son’s obsession with trains. So this is an interesting historical artifact. The Bergner & Engel Brewing Co. of Philadelphia was one of the more prominent breweries in the Philly neighborhood known as Brewerytown, a nine-block area of the city with breweries on virtually every street.

Bergner & Engel was one of the bigger ones in Brewerytown, and in the late 1880s they published a book with chromolithographs of their brewery and their brewing process that are a great timepiece. The 24-page bound publication is really cool. Anyway, because it’s Railroad Day, these two illustrations of the brewery’s boxcar and locomotive are especially awesome. 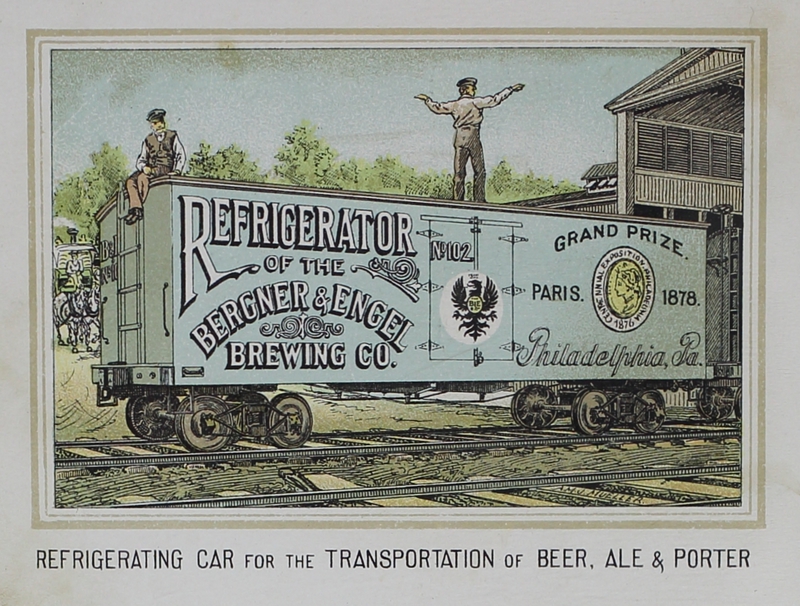 And on Page 12, they show the locomotive, which they claim at the time is “the first and only locomotive owned and operated by any brewing establishment in America: 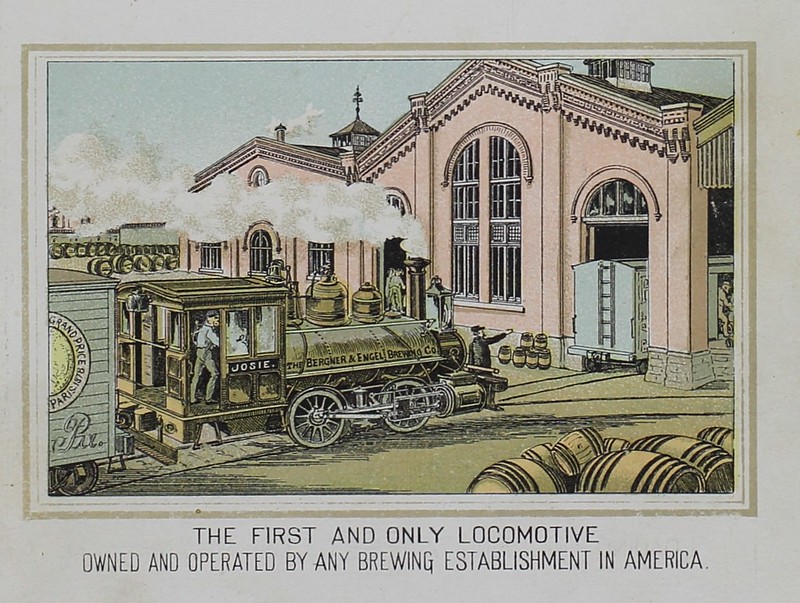 I’m a huge fan of the self-driving technology. I can’t wait until the first driverless cars go on the market; I’ll be one of the first in lone to but one, if I can. Not only will it improve traffic, curb (my) road rage, and allow greater alcohol consumption outside the home, it will also have the added benefit of making organizations like MADD and Alcohol Justice obsolete (which is why I believe they’re not pushing for this technology more). So as we get one step closer to eradicating drunk driving, I think it’s appropriate that the first commercial delivery of goods via a self-driving truck was essentially a beer run.

So a few days ago, the start-up company Otto announced that their first successful test run took place last week in Colorado, when a truck using their technology delivered 200 cases of Budweiser from their brewery in Fort Collins to Colorado Spring, about 120 miles away. Much like an airplane pilot, a drive manually drove it onto the highway and then engaged the autopilot which drove the truck the rest of the way to its destination. The drive hopped in the back to relax and was on hand the entire journey in case anything needed his attention. 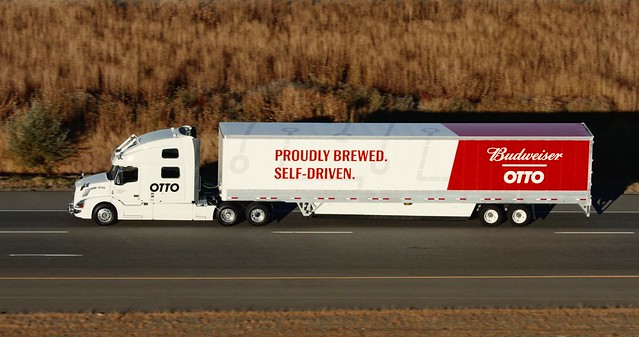 Otto itself posted the story on its blog three days ago, and it’s been picked up all over the country, including by the New York Times, CNBC, Tree Hugger and Mashable

The company itself was founded earlier this year, in January, and subsequently bought by Uber for $680 million in August. But it’s pretty impressive that they’ve gone from zero to successful commercial test in such a short time. According to various reports, several other car companies are working on similar technologies, too, so maybe a self-driving world might actually happen in my lifetime. That would be awesome. 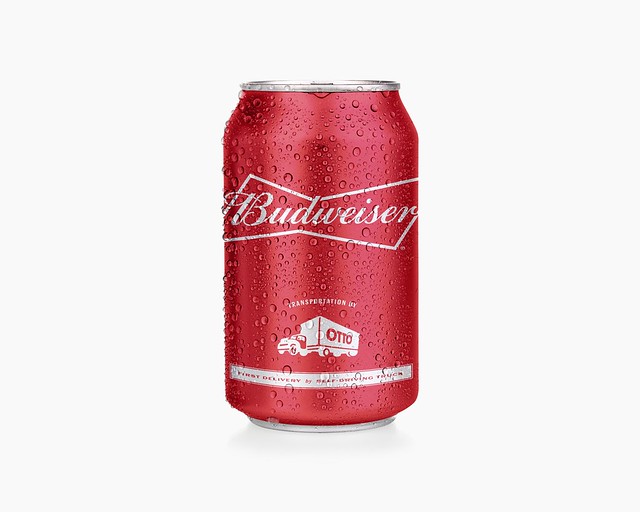 Here’s a video of the story:

And Wired also has a video of the truck in action, and explains a bit about how it actually works.

The West Flanders town of Bruges, in Belgium, is one of the most picturesque cities I’ve ever visited. Sadly, I’ve only been there twice, and one of those times was at night. The town center is a World Heritage Site, and it’s medieval architecture makes you think you’ve stepped back in time. In a way, it’s similar to our Colonial Williamsburg, where residents must agree to keep the colonial facade intact, so must people who live in downtown Bruges keep its exterior medieval.

There’s only one brewery in the ancient downtown, De Halve Maan, which can trace its root as far back as 1564, and has been owned by the Maes family since the 19th century. BUt according to an article in the UK newspaper, The Telegraph, neighbors haven’t been thrilled by the rumbling of beer trucks in and out of the cobblestoned streets, and officials worried it could be damaging local infrastructure. The Maes family wants to keep their historic brewery in the city, so they came up with a unique solution to please everybody, including the city government, which approved the project. The plan is to “‘build a two-mile underground pipeline will link the De Halve Maan brewery … to an industrial park where the beer will be bottled and shipped to drinkers worldwide,’ company director Xavier Vanneste said.”

Construction is set to begin in 2015, and will be Belgium’s first beer pipeline, paid for by the brewery. The pipeline is expected to keep around 500 trucks off Bruges’ street every year, which currently is estimated to be about 85% of current truck traffic in the historic downtown area. The Telegraph article also claims that “to avoid harming the city’s gothic facades and medieval belfry, pipeline construction will use some of the latest technologies perfected for the transport of oil and gas.” 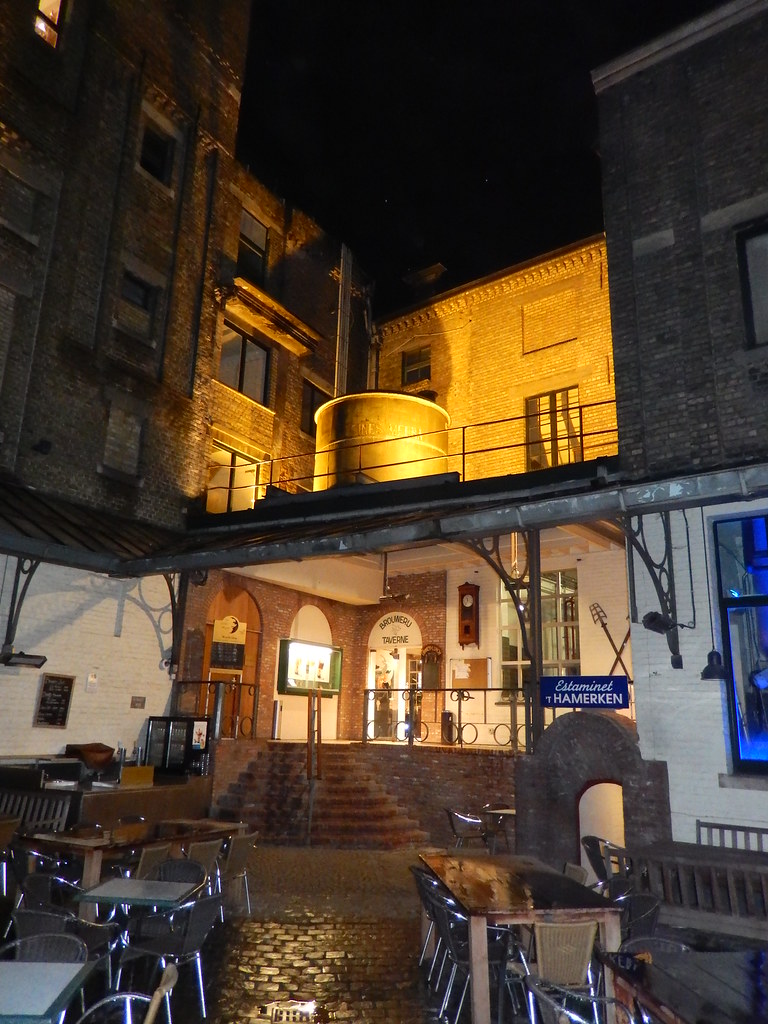 Today’s beer video has the potential to be a game changer. Imagine if beer could be delivered straight to your door! Well, now it can. Lakemaid Beer, which as far as I can tell is contract-brewed at Stevens Point Brewing and is distributed in seven states in the midwest. But now they’ve added delivery by drone to their distribution channels. According to Field & Stream, “the North country brewer is testing beer delivery to ice anglers via drones. Okay, so maybe this is just a publicity stunt by a beer company that knows smart marketing, but I don’t think it’s that farfetched to think drones will be delivering all sorts of things in the near future. If not beer, maybe at least we’ll be able to get a hot pepperoni pizza delivered to our ice shacks soon.” From Lakemaid’s press release:

“Amazon faces a lot of obstacles,” said Lakemaid Beer Company’s president, Jack Supple. “Dense urban locations present a host of problems to drone delivery. But our tests are on vast, wide-open frozen lakes free of trees and power lines. Our drone can fly as the crow flies, straight to our target, based on GPS coordinates provided by an ice angler. Fish houses are very uniform in height, so we can fly lower than FAA limits, too.”

“It’s the perfect proving ground for drone delivery,” said Supple, “Our initial tests on several mid-size lakes have been very successful. We’re looking forward to testing the range of our drones on larger lakes.”

Who knows, maybe this will really — forgive the pub — take off.

Last week, Boak & Bailey tweeted about what must have been one of the earliest commercial nanobrewery systems. I tried to find out more about the Midget Brewery, though there’s scant information available on the interwebs. Here’s what I found. In 1936, page 30 of the February issue of Popular Science featured a little piece about the Midget Brewery, developed for R&D in Great Britain. Here’s the full text that accompanied the photograph:

All the operations of a modern beer-making plant are carried out in a working model eight feet high and covering an area of less than five square feet, recently completed for Birmingham University, England. Called the world’s smallest brewery, the miniature establishment will test hops, barley, and yeast, and carry out experiments in brewing research. The model consists of four independent units, capable of producing one gallon of beer apiece from each brew. Brewing conditions in any given plant may be simulated, and it is possible to duplicate any local variety of beer or ale. Today’s infographic is an interesting one. It was created by the makers of a new iPhone app, Beer Hunt, which looks to be giving Untappd a run for the money. It was created by Monkey Inferno, located in San Francisco. Essentially, it gives the stats of beer check-ins for Beer Hunt’s first ten days of use. It will be interesting to see it updated for the first month, first quarter, etc. to see how the data changes.