Today in 1944, US Patent 2359876 A was issued, an invention of Frank H. Schwaiger, assigned to Anheuser-Busch, for his “Brewing.” There’s no Abstract, although in the description it includes this summary:

The principal objects of the present invention are to devise a better, simpler, more thorough and more economical way of removing. the suspended solids from the wort. The present invention consists principally in cooling the wort, while it still contains the hot break sludge, under conditions that overcome the difficulties and disadvantages that have heretofore made it impracticable to delay the removal of the sludge until the wort is cooled. It also consists in delaying the removal of the hot break solids until the wort is cooled. It also consists in aerating the wort at or above pasteurizing temperature and quickly cooling and simultaneously aerating it again and then separating the sludge therefrom by sedimentation. It also consists in a novel way of utilizing hot break for removal of cold break from the wort. It also consists in the process hereinafter described. 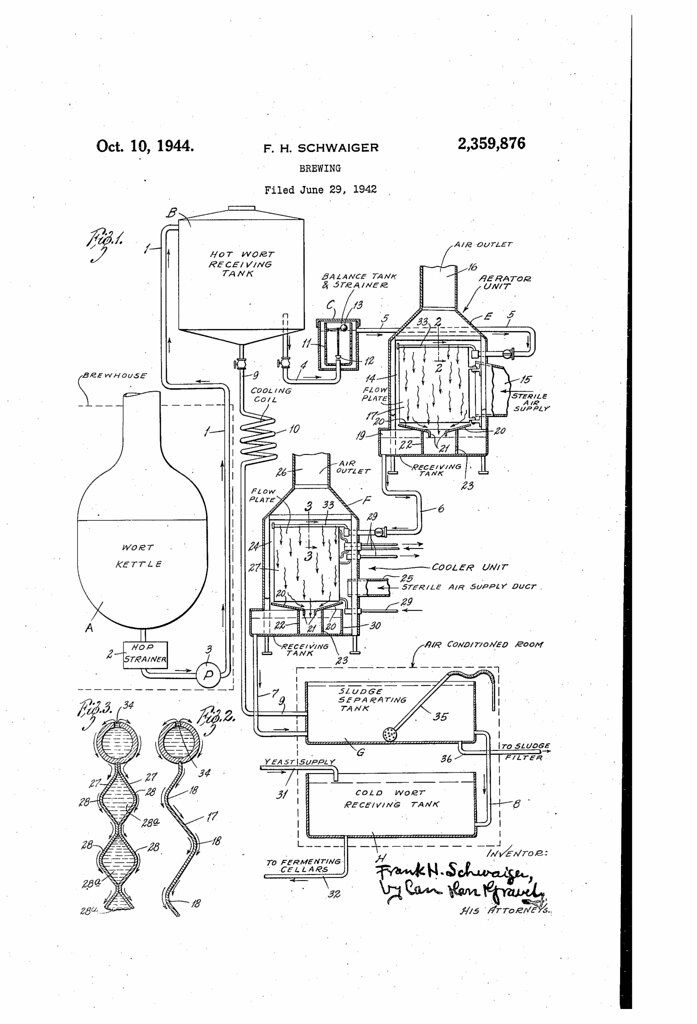