Here’s an odd artifact, a postcard from 1910, with a Holland, Michigan postmark, featuring an illustration of a moon-faced man and the following poem:

Bike the moon, my brethren dear,
I am “full” as full can be,
Full of grace and lager beer,
Full of food and sanctity! 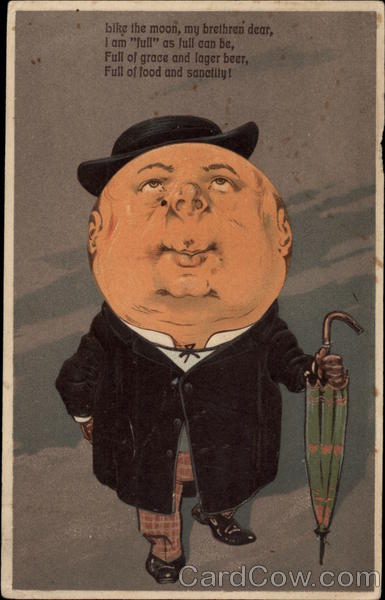 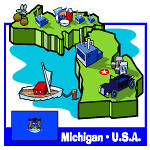 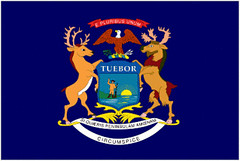 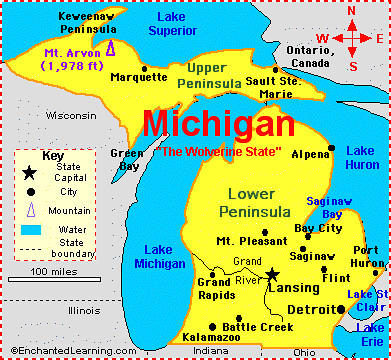 A fire broke out yesterday at the complex housing Michigan’s Dark Horse Brewing. The brewery and brewpub appear to be unharmed and are open for business. According to the Battle Creek Enquirer, the building that burned “housed a general store that sold Dark Horse merchandise and was rented by Dark Starz Tattoos. A corner of the building was collapsed and the interior was gutted.” On Dark Horse’s website they have the following. “The fire was in our General Store and Skate Shop across the parking lot from the Taproom.”

The Fire Marshall is saying that there are suspicious elements to the fire. “Firefighters recognized abnormal fire behavior as they fought the blaze in the 500 block of South Kalamazoo Avenue, according to Marshall Assistant Fire Chief Bill Hankinson. ‘The way the fire burned’ was what raised suspicions, Hankinson said. ‘It was way too fast, and incorrectly for an accidental fire. But we are not ruling out the possibility that it was accidental.’

WWMT Channel 3 Also has a video report on the fire. 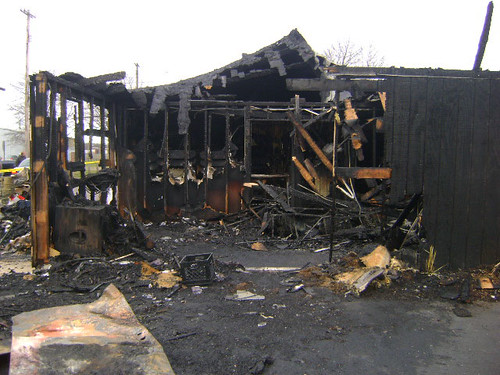 The scene at Dark Horse after the fire was put out.

We were watching Smokin’ Aces 2: Assassins’ Ball last night — quick review: mildly entertaining action adventure with cartoon violence and not much of a plot. Most of the best bits were in the trailer. 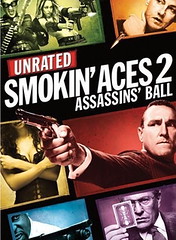 Anyway, a good portion of the film takes place in a bar. One of the beers served is Bell’s Oberon. There’s a prominent tap handle of it on the bar, where one scene takes place. When the frame part of the scene at one point, the Bell’s logo along with the Oberon label can be seen in the foreground on the left-hand side of the frame. And at several more points, either the Bell’s or Oberon graphics can be seen. I don’t know if Larry Bell paid for product placement or if someone who made the film was a big fan. Either way, that was fun to see.