You are here: Home / Beers / I Know What I Love

Although I was blissfully ignorant of CAMRA in its earliest days — drinking American beer in Pennsylvania while in junior high and high school — my understanding is that it was not always as popular as it later became. And it certainly wasn’t universally beloved by many breweries, since they were moving toward keg beer which was much cheaper to produce and away from cask-conditioned beer, or real ale. It took a small dedicated group to convince brewers, and many ambivalent consumers, that real ale was worth preserving so British beer didn’t end up tasting like America of the 1970s. But there were critics of CAMRA almost from the get go, as recently detailed in a post by Boak & Bailey entitled A Brief History of CAMRA Bashing.

I didn’t follow all of Boak & Bailey’s thread on Twitter this morning, apart from finding part of a script from what they believed was a “c.1978 anti-‘real ale’ propaganda film starring Bernard Cribbins.” They were fishing to see if anybody might have more information about the movie. 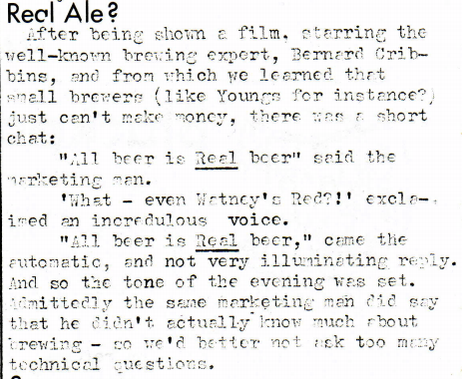 It turned out the film was from 1973, and a follower (thanks Cliff) found the actual film online, courtesy of the East Anglican Film Archive . The film is titled “I Know What I Love,” which is curiously very close to the title of a song from the Genesis album Selling England By the Pound, also released in 1973. That was “I Know What I Like,” but still, it was my first thought since I was a big fan of the band back then.

It’s a fairly goofy film, but also very interesting the way beer and brewing is presented. Bernard Cribbins, a reasonably well-known British character actor plays all of the major parts, explaining how beer is made. If you watch a lot of British TV or films, you’ve probably seen him. He’s made appearances in “The Avengers,” “Fawlty Towers,” “Doctor Who” and “Coronation Street,” and was in the films “The Railway Children,” “Don’t Raise the Bridge, Lower the River,” the 1967 Bond film “Casino Royale” and Alfred Hitchcock’s “Frenzy.” 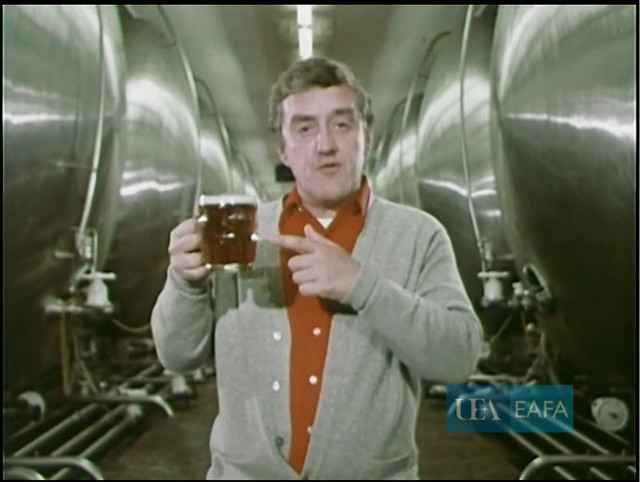 Here’s the description from the film’s webpage at the EAFA:

Presented by The Brewers’ Society and featuring Bernard Cribbins in multiple roles, the documentary explains the process of brewing beer, from the pasture to the pint.

After ordering a pint at his local and taking a sip, the actor Bernard Cribbins sets out to explain the brewing process, with a little help from some of his ‘relatives’ in the industry, all played by Cribbins himself. One ‘cousin’ explains the malting process, where barley is germinated and malted, whilst another talks about hops, which contribute to the flavour of beer. His ‘uncle’, who works in a traditional brewery, explains the process, from the spurging of barley in mush tuns to the addition of hops, followed by yeast to aid fermentation, before the beer is conditioned and siphoned into casks.

Brewing on an industrial scale is also explained by Cribbins, with the help of one ‘relative’ who grows large amounts of barley, and a ‘distant relative’ who works as a technician at a large brewer. The film concludes with a glimpse at pub life, with a variety of environments catering for a range of tastes, but linked together by one thing: beer. With the process explained, Cribbins heads back to the bar for another pint, which is pulled by the governor, his ‘father’. 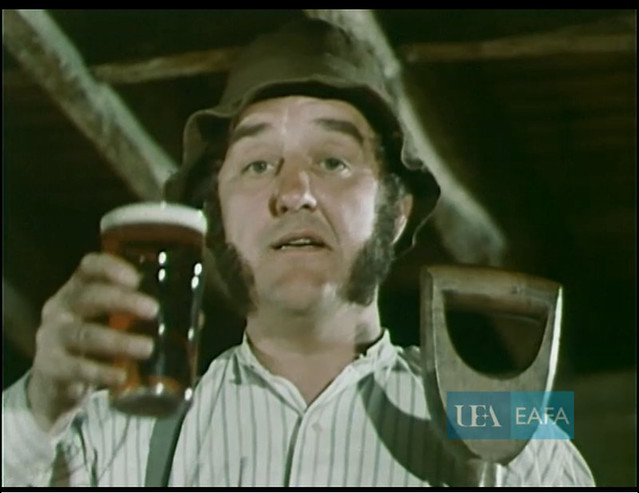 It was created by the Rank Short Films Group and sponsored by the Brewers’ Society. The director was James Allen from a script by Michael Barnes and the only actor credited is Bernard Cribbins. It doesn’t strike me as particularly anti-real ale, but maybe there’s some nuance I’m missing. They certainly try to allay fears that stainless steel, and modern brewing methods didn’t change the beer they produced. The humor seems a little forced, and not particularly witty, more mildly amusing than funny.

Unfortunately, the archive doesn’t allow their films to be embedded but you can go to their website and watch it online, which I highly recommend. It runs around seventeen minutes, and is certainly an interesting look at brewing at a particular time in recent history. 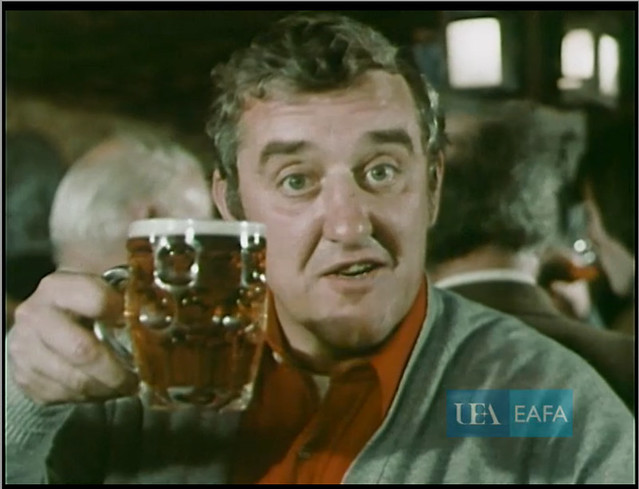