Today in 1965, US Patent 3174650 A was issued, an invention of Frank A. Bellato, for his “Bung Withdrawing Assembly.” There’s no Abstract, but the description states simply that the “invention relates to a device for removing the wooden bungs from beer kegs and similar containers after such kegs have been emptied of their contents.” Then the goals of their patent application are laid out:

A major object of the invention is to provide an auger, of special form for the purpose, having a pilot portion arranged so as to first penetrate the bung along a path axially of the bung without possible deviation from such path such as grain direction or irregularities in the wood of the bung might cause, and having a portion following the pilot portion arranged to then advance into the bung in a manner to cause the bung to be withdrawn from the bung hole and split into separate sections so that such sections will fall of themselves from the auger.

It is another and important object of the invention to provide a means for operatively mounting the auger, both for rotation and axial movement, in an upwardly facing position, and a means for supporting the keg above the auger in such a position that the bung, which as usual is in one side of the keg, will be disposed in a downwardly facing position directly in line with the auger.

The importance of having the bung disposed in an inverted position, with the auger disposed below the keg and bung, is that no chips or wood dust, as created by the action of the auger, can enter the keg but will drop down clear of the keg.

A further object of the invention is to provide a catch tray and carryotf chute in connection with and directly below the auger which will receive, and cause to be carried alway, all chips, withdrawn bung pieces, as well as any liquid residue dropping from the empty keg when the bung is withdrawn, and keep such waste matter from possibly fouling the auger supporting and operating mechanism.

The keg, when initially placed on the supporting means, may not always be disposed with the bung in the necessary downwardly facing position, and a still further object of the invention is to provide a keg support-ing means which enables the keg, after once being supported, to be easily rotated so as to dispose the bung in the proper position for engagement by the auger.

In connection with this latter feature, it is also an object of the invention to provide a clamping unit for engagement with the top of the keg, which will rst exert a yieldable hold-down action on the keg which still allows the keg to be rotated if necessary, and which will then clamp the keg against any movement. At the same time, the clamping means is mounted so that it can be readily moved clear of the keg so as to offer no interference with the placement of the keg on or removal of the same from the supporting means. 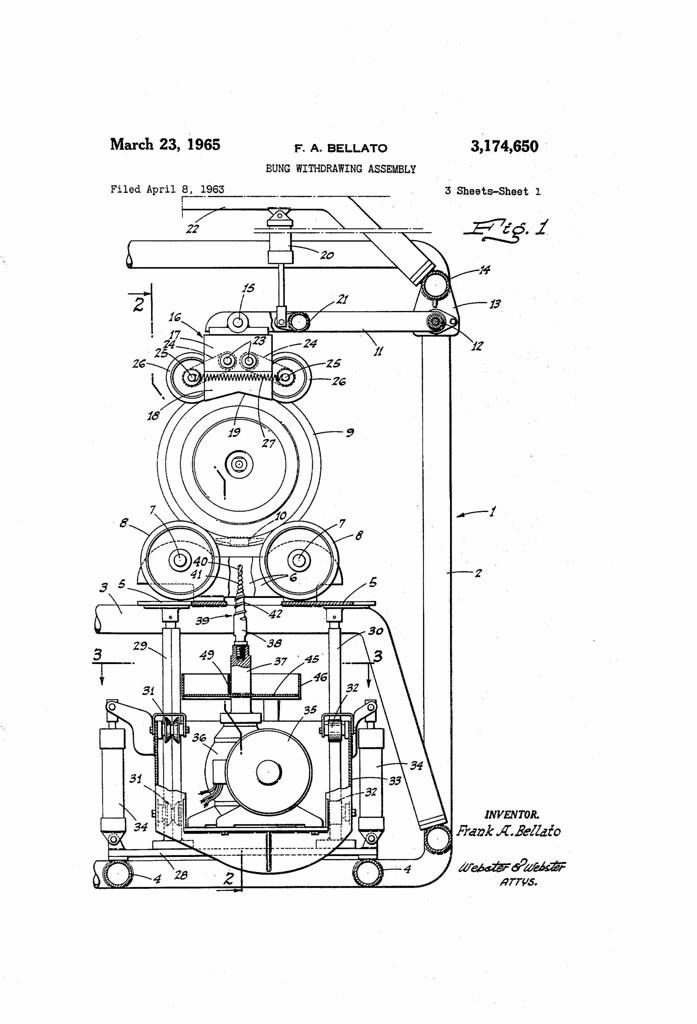 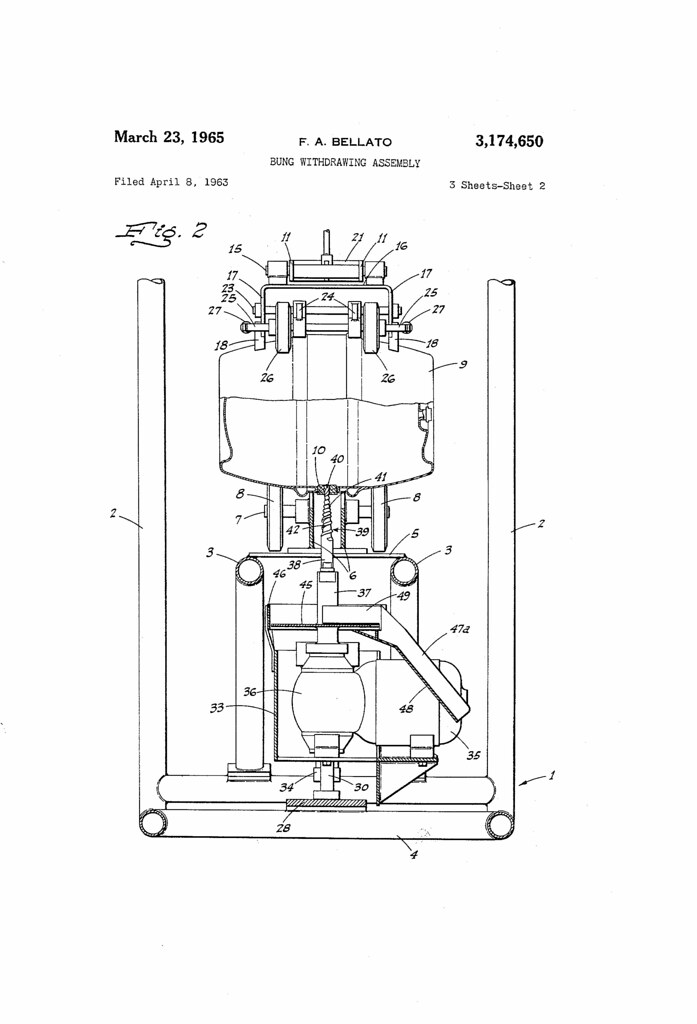 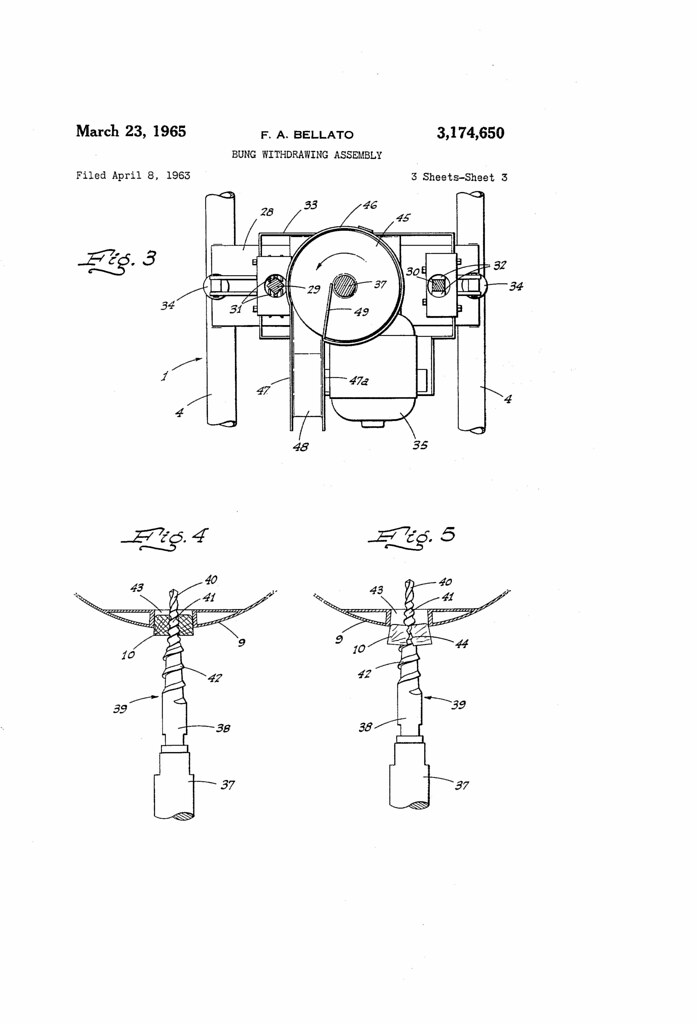