Today is the 45th birthday of Justin Crossley, the man behind the mic at The Brewing Network, one of the industry’s best voices. He’s an avid homebrewer and talker, a deadly combination, especially on radio. He also filmed Porter’s Porter Day a couple of years ago and it will fun to see the result of that project. Of course, he’s also opened the Hop Grenade, the next piece of the growing Brewing Network empire. He recently took a working camper van trip around the country, which lasted a year. Join me in wishing Justin a very happy birthday. 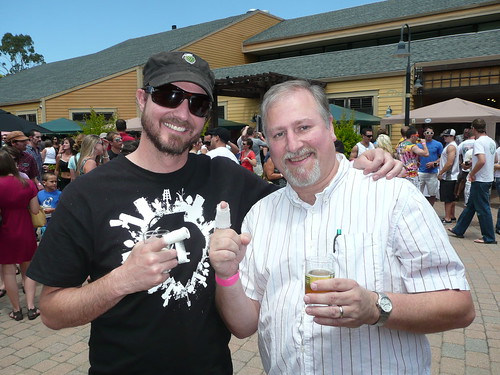 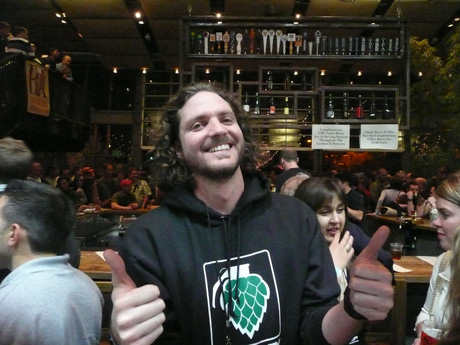 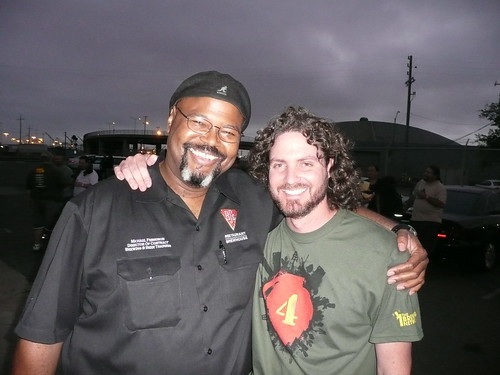 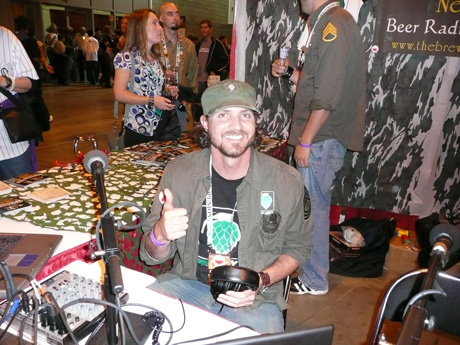 On KQED Radio this morning on the local show Forum with Michael Krasney held a defacto debate on the proposed Alcohol Mitigation Fee between San Francisco Brewers Guild president Rich Higgins and city supervisor John Avalos, who introduced the ordinance to tax alcohol sold in San Francisco. Rich held his own as best he could, but Avalos is a seasoned politician more used to dodging questions and spinning data his way. Plus, it seemed to me most of the callers were sympathetic to him and hostile to Rich, though most seemed more than a little uninformed (thanks local media). Same deal on the show’s web page, New Alcohol Fee for San Francisco?, where one commenter went so far as to call Rich unprepared because he didn’t know how to remedy the city’s financial problems, as if that’s his job. Unbelievable.

Perhaps most annoying was Michele Simon’s call. She’s an attorney and holds the position of Research & Policy Director for the Marin Institute, the organization that’s largely responsible for the proposed “fee” ordinance. She called to make it clear that their target was the big foreign alcohol companies and that she, too, likes beer or wine now and again so therefore the Marin Institute is not a neo-prohibitionist group, as she added that many of their critics have resorted to name-calling. Was she going for sympathy that anyone might have the temerity to be critical toward the organization? I call the Marin Institute a neo-prohibitionist because I sincerely believe that’s what they are, not because I’m on the playground in 5th grade. [Ms. Simon, in a comment (see below) also agrees that name-calling is a tired strategy. I would, however, counter that proper labeling of the character of any organization is useful, and even sometimes critical, to knowing their intentions. When I say the Marin Institute is a neo-prohibitionist group I do so not to simply lob a pejorative at them, but instead to characterize them as I indeed view them.]

Of course, their policies are what leads me to that conclusion. I know they keep saying they’re not anti-alcohol — and maybe they even believe it — but what they actually do is contrary to that. Actions speak louder than words. If it quacks like a duck, guess what it is? They may claim to be against just big alcohol, but their actions harm the small family breweries, wineries and distilleries far more than they ever hurt the big foreign corporations.

And they know it, too. Back when they were going after Alcopops, the big companies told them outright that if their legislation passed that every one of them would change the formula of their products so the new legislation would no longer apply to them. Who would it continue to apply to? All the small breweries who barrel-age their beers, that’s who. And they told the Marin Institute that fact directly to their face, in Sacramento. So they knew that their scheme would not do what they said it would and would instead directly harm people they claimed were not their target. What did they do? Crow about their hollow victory, that’s what.

I know that I’m not beloved in the halls of the Marin Institute, but that’s probably because they’re used to having most people, and particularly the media, swallow what they’re selling uncritically, often without examining it all. They enjoy widespread support because of the way they manipulate their information and shape propaganda to raise money from the faithful. Few politicians can stand up to them because of decades of demonizing alcohol on several fronts. And the media just seems to roll over rather than be seen as pro alcohol. That leaves mostly the industry to fight them, and they end up seeming too self-serving even if that’s not always the case. That’s how we got to where we are today, with alcohol paying more in taxes than any other consumer good — and still it’s not enough. It’s never enough.

Anyway, you can listen to the entire hour here, or you can go to the KQED archive and download it for later.

Still, overall I think Rich did much better than I would have done. I would have lost it on more than a few occasions. He at least kept his cool. Well done, Rich. 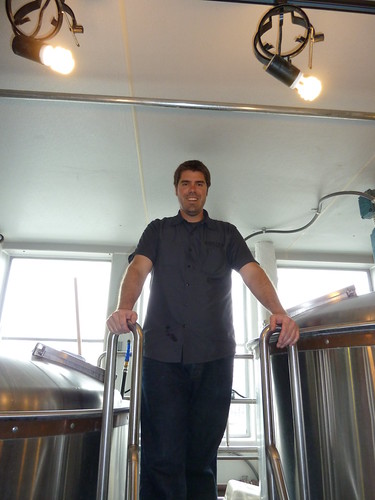 Rich Higgins in his brewery at Social Kitchen.

If you’re a fan of great English literature and its relationship to the traditional pub, you may enjoy this program from BBC 4. It was first broadcast March 1 and will be available to listen to on the BBC’s archive until this Saturday, March 6. Here’s the description of it from the website:

From Falstaff at The Boar’s Head to John Self at The Shakespeare in Martin Amis’s Money, English literature and the pub are intertwined. It started in a pub — Chaucer’s pilgrims setting out from The Tabard in Southwark — and has been waiting to be chucked out ever since. Robert Hanks presents an elegy for pubs in literature and an exploration of what the smoking ban, the gastro pub and the five quid pint are going to do to writing.

It’s just under an hour long, but goes by quickly if you love this sort of thing, as I do. So settle in with a beer and give it a listen. Thanks to my friend Glenn Payne for letting me know about this fascinating show.