Today’s featured artwork is thoroughly modern, but on an old-time subject. It’s about the mansion built by Washington D.C. beer mogul Christian Heurich, who was born today in 1825. It’s a twenty-page independent comic book with a story by Matt Dembicki and art by Andew Cohen. Entitled The Brewmaster’s Castle, the story takes place March 7, 1945 as an 102-year old Heurich takes a bittersweet final stroll through the mansion he built between 1892-94. Here’s page 1:

One of Washington’s best-kept secrets, The Brewmaster’s Castle is the most intact late-Victorian home in the country, and a Landmark on the National Register of Historic Places.

Built in 1892-1894 of poured concrete and reinforced steel by German immigrant, local brewer and philanthropist, Christian Heurich (HI-rick), it is also the city’s first fireproof home.

Heurich was Washington’s second largest landowner, the largest private employer in the nation’s capital, and as the world’s oldest brewer, ran his brewery until his death at 102.

A visit to The Brewmaster’s Castle is a visit back in time to the late-19th Century, when the Heurich family was in residence in Washington’s premier residential neighborhood. 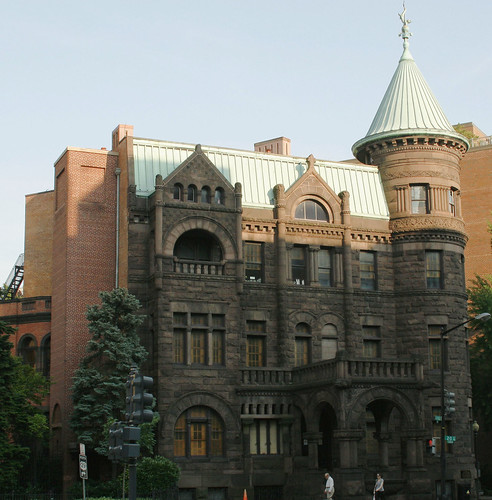 But back to the comic book. Here, Christian Heurich strolls through his mansion.

And near the end of the story, Heurich begins turning out the lights. 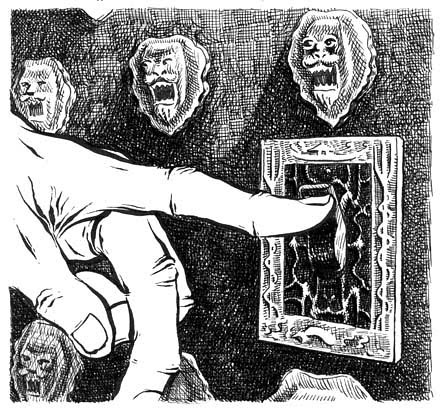 You can buy your own copy of the comic book for only $5 (plus $1 shipping) directly from the author. You can pay him directly via PayPal using his e-mail address of mattdembicki (@) gmail (.) com. He’s “hoping [they] might get some funds soon to print a larger run and get greater distribution. You can help. Support the arts and brewing history (not to mention independent comics) — all worthy causes IMHO — by buying this unique hand-crafted comic directly from the artist. Below is the cover.