Friday’s ad is another one for Hamm’s, this time from 1965. This one shows a large bubble forming in the top of the bottle, and in its reflection you can see an outdoor setting by a lake surrounded by a forest. And how about that foam in the glass? Pretty impressive. 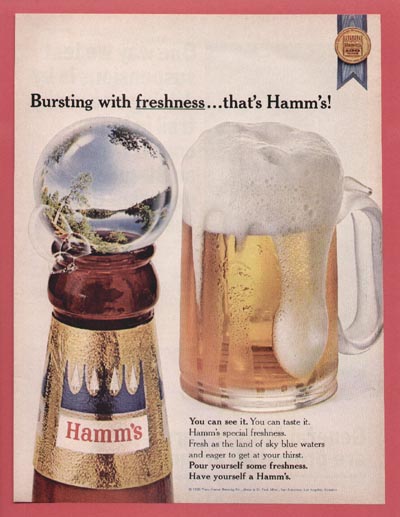 Today in 1962, Trinidad and Tobago gained their Independence from the United Kingdom. 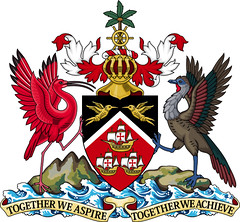 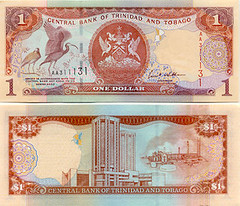 This is the sixth year for the Brookston Fantasy Football Games. We’ve had a lot of fun over the last five, so if you love football and beer, consider joining us this year, whether you’ve played in past seasons or are a newcomer. The NFL season begins on Wednesday September 5, so you’ve got about five days to sign up.

Standings for both leagues will be listed at the bottom of the Bulletin’s right column. 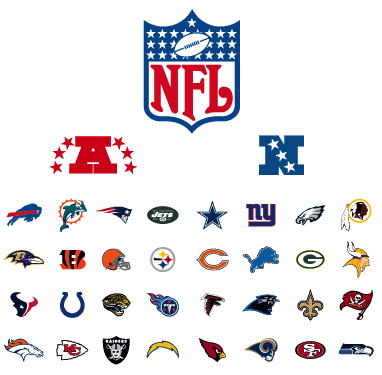 In this Pick’em game, just pick the winner for every game each week, with no spread, and let’s see who gets the most correct throughout the season. I’ve added a new wrinkle this year. Since we’re all very busy, and you (or I) might screw up at least one week, you can now throw out your lowest week. All that’s at stake is bragging rights, but it’s still great fun. 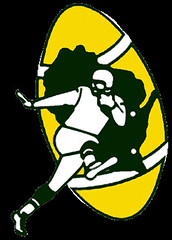 If picking all sixteen football games every week seems like too much, then Survival Football is for you. In Survival Football, you only have to pick one game each week. The only catch is you can’t pick the same team to win more than once all season. And you better be sure about each game you pick because if you’re wrong, you’re out for the season. Actually last year they added a new feature and I changed the game so to be kicked out you have to be wrong twice. In that way more people stand a better chance of lasting longer into the season. So get one wrong, and you’re still okay, get a second wrong, now you’re gone for the season. Last man standing wins.

With 50 players allowed in each game, there’s plenty of room, so don’t be shy. Sign up for one or both games. Beginning after the first weekend of the regular season I’ll post the standings on the home page (at the bottom of the right-hand column) and then each Monday after that through the season. Why not join us?

Today in 1957, Malaysia gained their Independence from the United Kingdom. 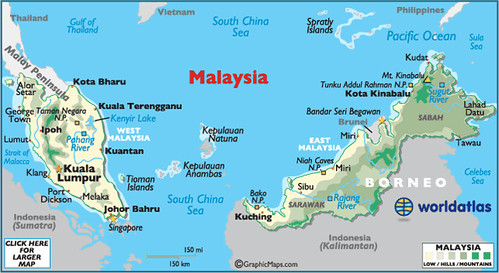 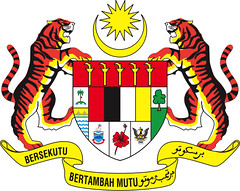 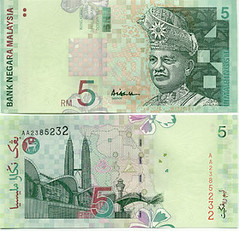 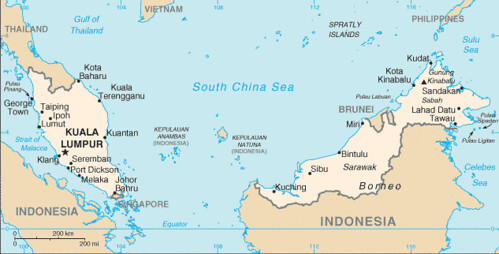 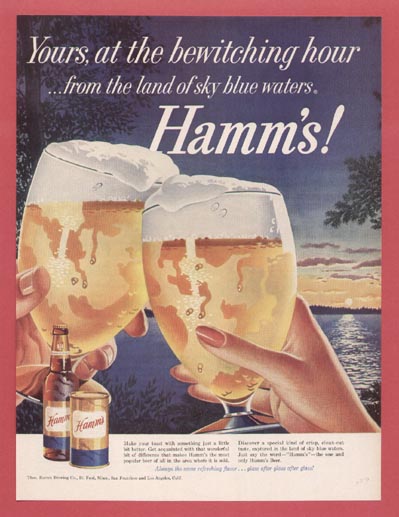 Today in 1990, Tatarstan announced their Independence from the USSR, though it didn’t stick and they became part of the Russian Federation, though it’s stil celebrated as a holiday. 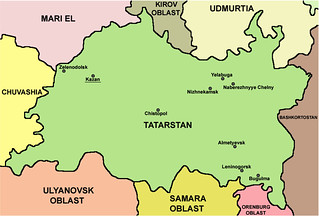 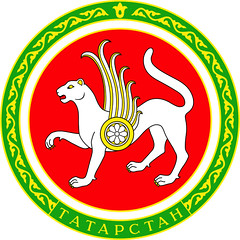 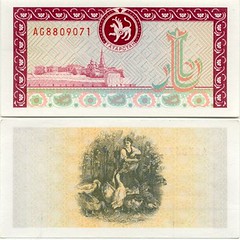 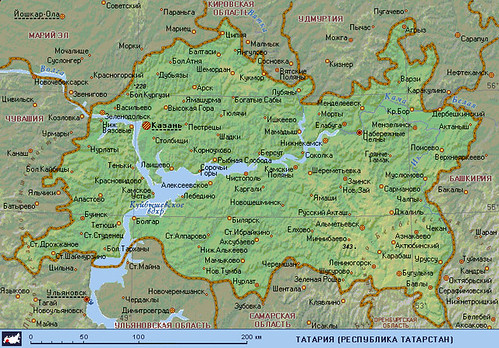 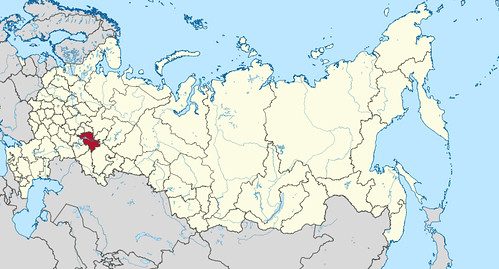 I saw an early version of this video last year, but today noticed it’s up at the CCBA (California Craft Brewers Association) website. It’s in the style of Greg Koch’s original I Am A Craft Brewer video, but features all California brewers. It’s apparently on behalf of both the CCBA and Support Your Local Brewery. I’m sure somebody wil complain — somebody ALWAYS does — but it’s fun to see. Having visited almost all of the 180 breweries in Northern California researching my forthcoming book California Breweries: North, it’s great to see so many familiar faces. Enjoy.

Wednesday’s ad is for Goebel Beer, from 1947. According to the ad, Goebel Beer fans are so enamored of their beer that even when they dream about tropical destinations, like Bali, they still find the Detroit brand sitting on the beach, waiting for them. “He goes native … at the drop of a moonbeam.” I think I’d rather have the trip to Bali. 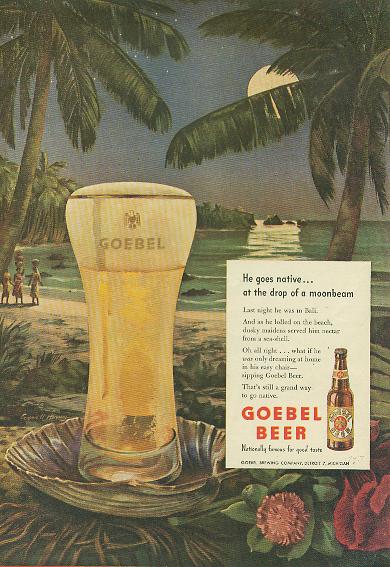 Here’s an interesting little snapshot of the various containers beer comes in over the last thirty years from the Container Recycling Institute. In Container Types Used For Beer in the U.S., 1981-2010 , they detail how beer in bottles have increased steadily 15% over that time and now make up almost 40% of how beer is sold. At the same time, draft beer has receded. Cans are still on top, but dipped significantly beginning in the 1990s, but in recent years have started to rebound. 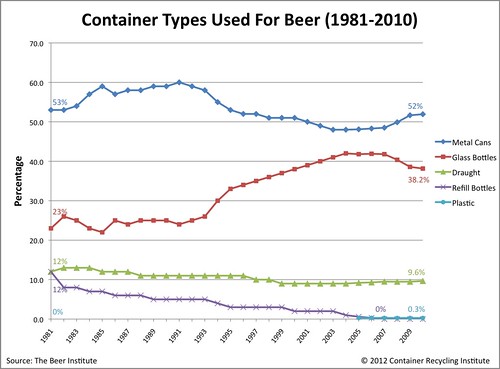 Tuesday’s ad is for Budweiser, from 1948, another in their “Great Contributions to Good Taste” series. The image of this as I have is fairly small so it’s hard to make out the story. It appears to have something to do with a man named Fred Harvey and how he made food on the train a better experience for people. I’m not sure what the frontier has to do with that, because it seems to me if the train went there it was no longer the frontier exactly. My understanding of “frontier” is that it’s meant to describe the edge or just beyond a settled area. Once there was a train station and regular rail service that seems to me that it would now be a settled area. 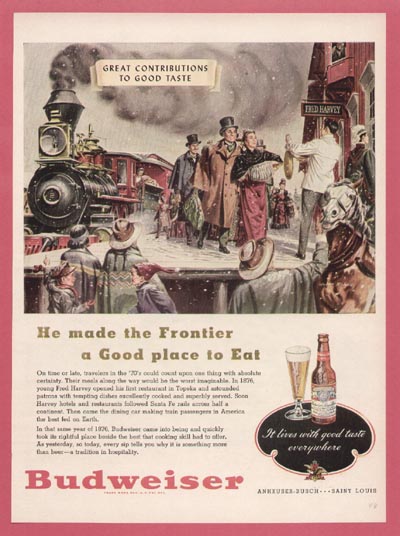