So our recently back-from-the-dead Session next month will be our 105th monthly outing, and our host will be Mark Ciocco, who writes the Kaedrin Beer Blog. For his topic, he’s chosen Double Features, by which he means ” comparative tastings,” meaning “[d]rink two beers (usually of the same style) with a critical eye, compare and contrast.” But I’ll let him give the full explanation of what he’s looking for:

For this installment, I’d like to revisit that glorious time of beer drinking when I was just starting to realize what I was getting into. One of my favorite ways to learn about beer was to do comparative tastings. Drink two beers (usually of the same style) with a critical eye, compare and contrast. Because I’m also a movie nerd, this would often be accompanied by a film pairing. It was fun, and I still enjoy doing such things to this day!

So your mission, should you choose to accept it, is to drink two beers, compare and contrast. No need for slavish tasting notes, but if you want to, that’s fine too. The important part is to highlight how the two beers interact with one another during your session (pun intended!) For extra credit, pair your beers with two films to make your own Double Feature. Now, I’m a big tent kinda guy, so feel free to stretch this premise to its breaking point. The possibilities are endless!

Truly, there are a plethora of ways to take this, so hop to it! 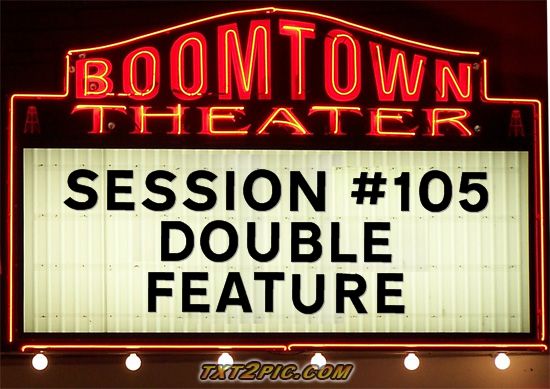 So start choosing your beers (and your movies, too, for extra credit). To participate in the November Session, on or around Friday, November 6, leave a comment to the original announcement if you’re on WordPress. If not, since he’s had some issues with comments, send an e-mail to mciocco at gmail dot com or notify him via Twitter at @KaedrinBeer. 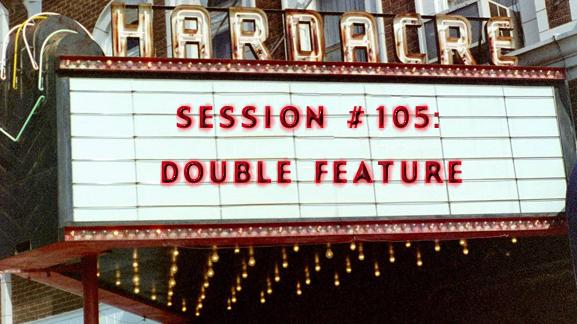 Thursday’s ad is for Guinness, from 1974, when the James Bond film Man With the Golden Gun was released, which was Roger Moore’s second film portraying the British spy. Today is the birthday of Bond’s creator, author Ian Fleming, and is also known as “James Bond Day.” The Guinness ad is essentially a modified version of the film’s poster, with a man holding a glass of beer in the foreground and round logos replacing the zeroes in 007. And yes, I know Guinness isn’t golden, but the alliteration was too funny not to use. Although apropos of nothing in particular, Guinness announced recently that they will be launching Guinness Golden Ale and last year made a Blonde American Lager. 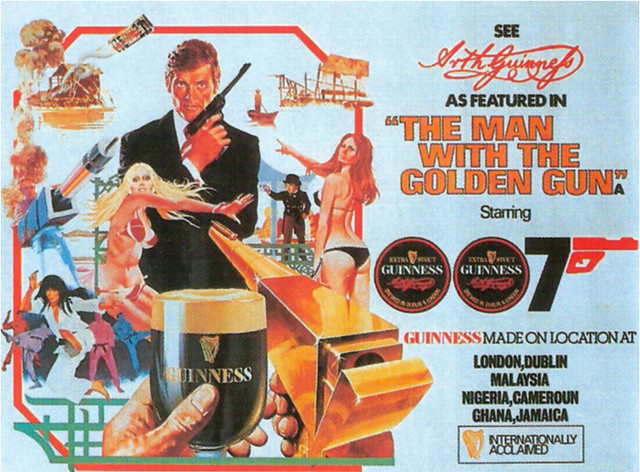 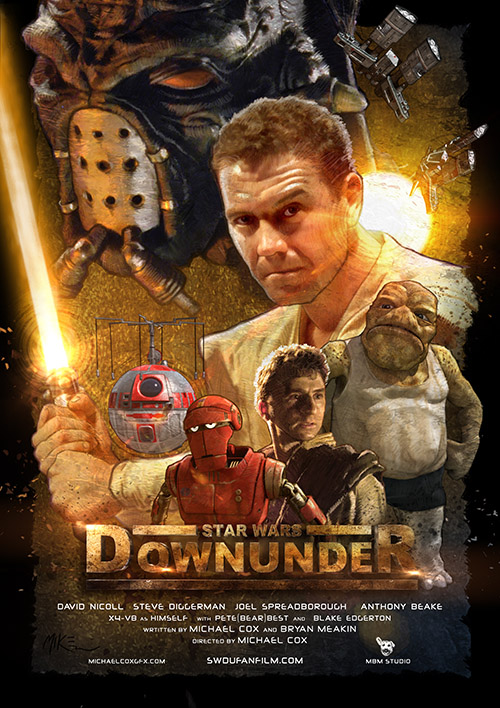 The debut film of auteur filmmaker Quentin Tarantino was the violent heist film Reservoir Dogs. I remember being blown away by it when I saw it in the theatre when it was released in 1992, and especially the stylish opening credits scene with the principal characters walking down an alley in slow-motion to the nearly forgotten 1970s hit Little Green Bag by the George Baker Selection.

One of my favorite devices is that the six characters involved in the heist are each given code names so they won’t accidentally reveal their names during the diamond robbery and be able to give away each other’s identities should they be caught. Here’s the main cast, in order of their appearance in the slow-motion opening credits: 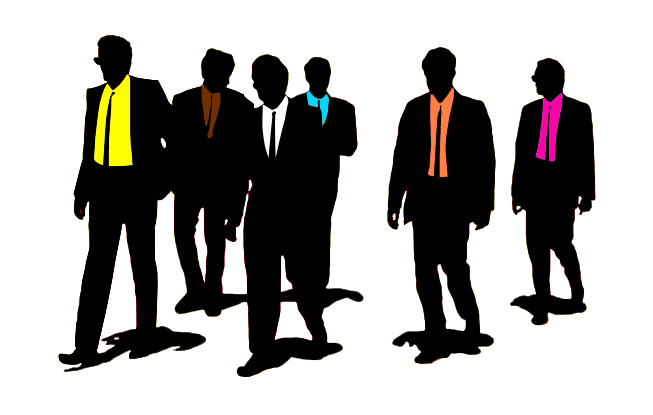 Earlier this month, Brazilian art student Peter de Andrade, for a school project created a series of beer labels based on the film, using “cães de aluguel,” which translates in Portuguese to, of course, Reservoir Dogs. The artist created the labels as if they were brewed by the Brazilian brewery Cervejaria Wäls, which each label and type of beer based on the film character’s code name color. As far as I know, Wäls was not involved and isn’t planning on making the Reservoir Dogs beers. Coincientally, there is a Reservoir Dogs Brewery in Slovenia. 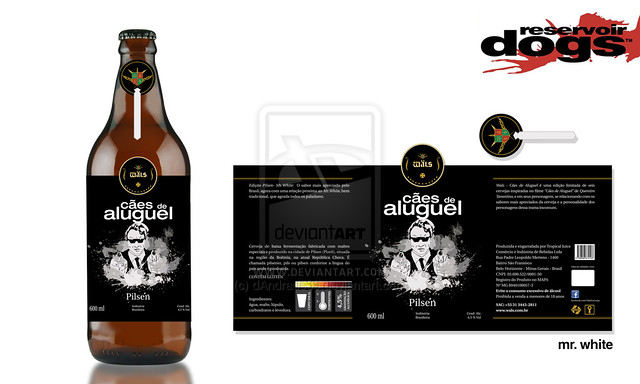 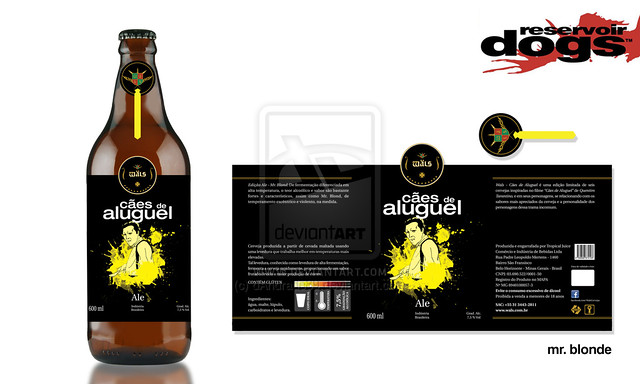 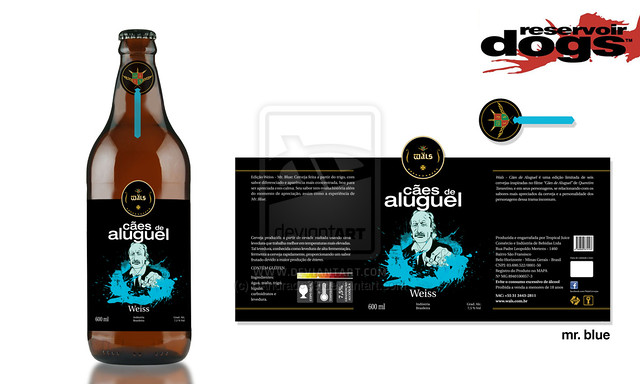 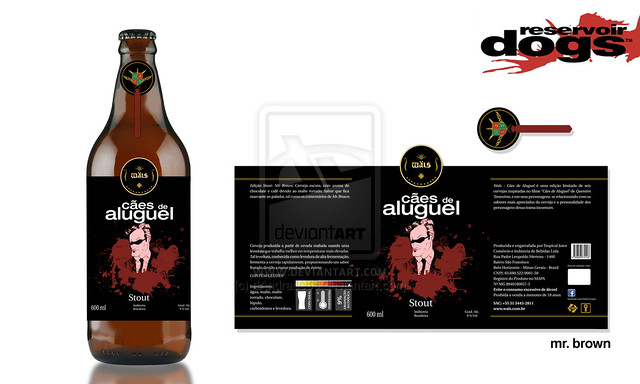 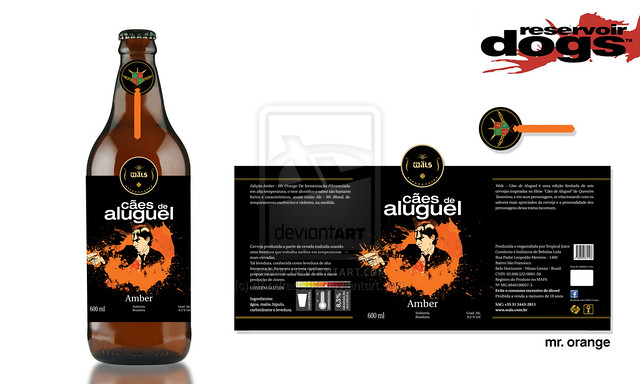 It’s a pretty cool idea, and I’d love to see the actual beer made. There’s really only one question about all of this. Where the hell is Mr. Pink?

This looks interesting. Jeff Smith and Fran Ellsworth are directing and producing a new documentary film about California breweries entitled “Craft: The California Beer Documentary.” They recently released their first trailer, which you can watch below. All I know at this point is from a short description of their project. “A road trip throughout California, learning from the master brewers of the state. It’ll also feature interviews with beer enthusiasts and home-brewers.”

Here’s a curious piece of film (and beer) history. I don’t know if it’s the first time someone was filmed drinking a beer, but I imagine it has to be one of the first. The film is from 1898 (or 1897), and is known as Old Man Drinking a Glass of Beer, though it’s also sometimes known as Comic Face. Frankly, he doesn’t look that old to me. 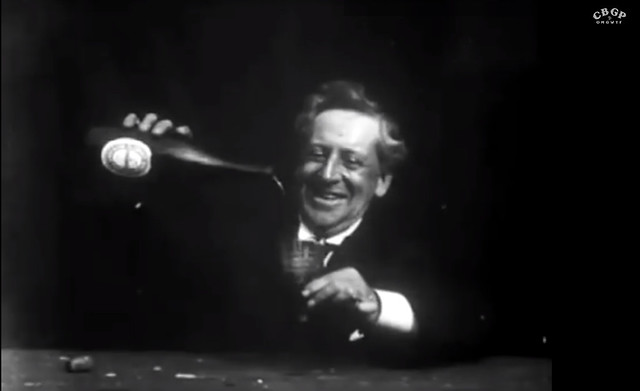 It was made by legendary British filmmaker George Albert Smith and features a close-up of comedian Tom Green drinking a beer and making faces. Green was a local Brighton comedian and was known for his “pantomime harlequinades at the Brighton Aquarium.” He went on to appear in many subsequent films made by Smith. 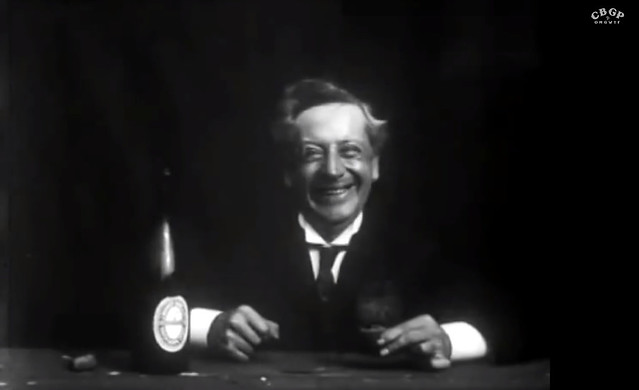 This was apparently a groundbreaking development in film, showing the actor close up making changing facial expressions and this type of film became known as a “facial,” defined as “a work showing a variety of facial expressions to the audience.” According to one source, “the ability to get close up to the star was a great advantage that film had over the stage and early filmmakers were keen to exploit it,” and in this one Green is shown in a single shot “drinking a glass of beer whose face and hands become increasingly lively as a result.” 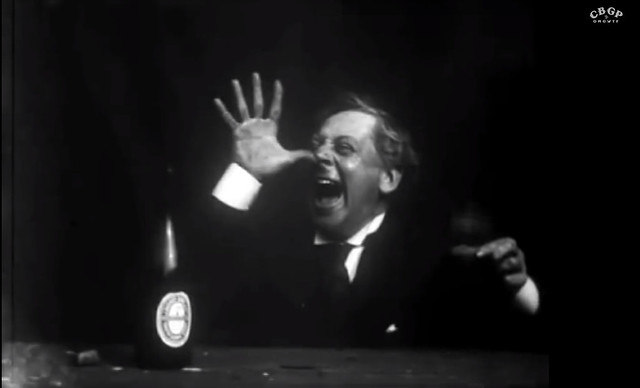 Today’s beer film is trailer for Beoir: A Tale of Irelands Craft Ale which looks like it could be a very interesting, cool film about Ireland’s growing craft beer scene. Here’s the description of the film:

Today’s beer film is the sixth of Michael Jackson’s six-part series, The Beer Hunter, that he did for Channel 4 (UK) and the Discovery Channel here in 1989. Since last Thursday was the birthday of Michael Jackson, it seemed like a good time to pull out the classics. Episode 6 is Our Daily Beer.

Today’s beer film is the fifth of Michael Jackson’s six-part series, The Beer Hunter, that he did for Channel 4 (UK) and the Discovery Channel here in 1989. Since last Thursday was the birthday of Michael Jackson, it seemed like a good time to pull out the classics. Episode 5 is Burgundies of Belgium.

Today’s beer film is the fourth of Michael Jackson’s six-part series, The Beer Hunter, that he did for Channel 4 (UK) and the Discovery Channel here in 1989. Since Thursday was the birthday of Michael Jackson, it seemed like a good time to pull out the classics. Episode 4 is The Fifth Element.